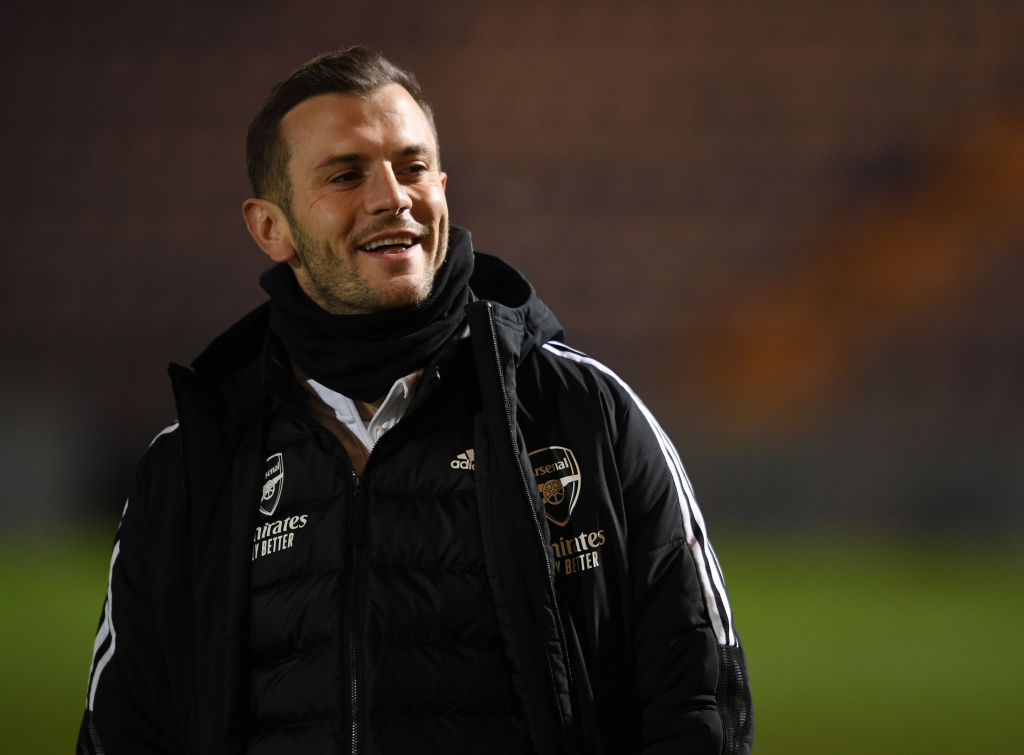 Jack Wilshere is set to seal an official return to Arsenal as the north London club’s new Under-18s head coach.

Earlier on Friday, the Gunners hero announced his retirement from professional football at the age of just 30.

Wilshere was training with the north London club and earning his coaching badges last year, before sealing a move to Danish side AGF.

The club are also finalising the replacement for Kevin Betsy, who left his role as Under-23 manager to join Crawley Town, with U23 assistant Mehmet Ali set to be promoted to head coach of the side.

The move means Wilshere returns to the exact same academy he graduated from as a 16-year-old to make his senior debut in 2008.

The former midfielder was one of the most exciting prospects in English football, playing under the iconic Arsene Wenger at the time.

But a series of injuries saw him fail to realise his huge potential, and he left the club permanently to join West Ham in 2018.

Taking to social media to announce his retirement on Friday, Wilshere said:

‘Today I am announcing my retirement from playing professional football,’ he wrote. ‘It has been an unbelievable journey filled with so many incredible moments and I feel privileged to have experienced all that I did during my career.

‘From being the little boy kicking a ball around in the garden to captaining my beloved Arsenal and playing for my country at a World Cup. I have lived my dream.

‘In truth it has been difficult to accept that my career has been slipping away in recent times due to reasons outside of my control whilst feeling that I have still had so much to give.’