Italy midfielder Jorginho blazed a late penalty over the bar as his side were held to a 1-1 draw by Switzerland in their Group C World Cup qualifier at the Stadio Olimpico on Friday, leaving both sides with a chance of automatic qualification for Qatar.

With 15 points from seven games and the winners going through to the finals, Italy top the group on goal difference ahead of the Swiss, with Northern Ireland third on eight points.

Italy are away to Northern Ireland in their final qualifier on Monday, while the Swiss host fourth-placed Bulgaria. 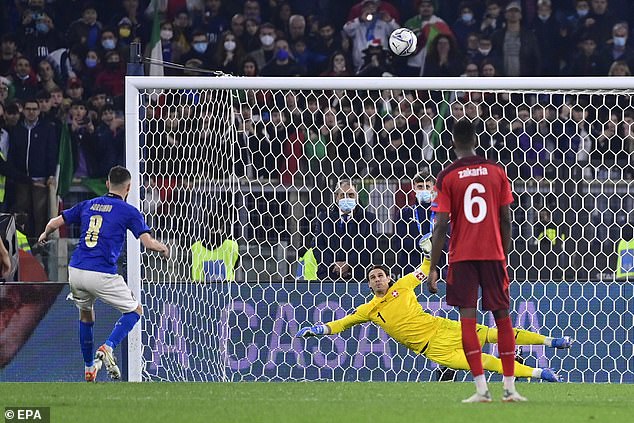 Jorginho blazed a late penalty over the crossbar, denying Italy a crucial win over Switzerland 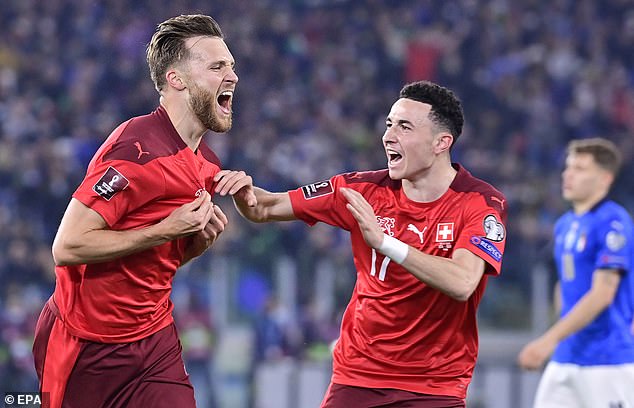 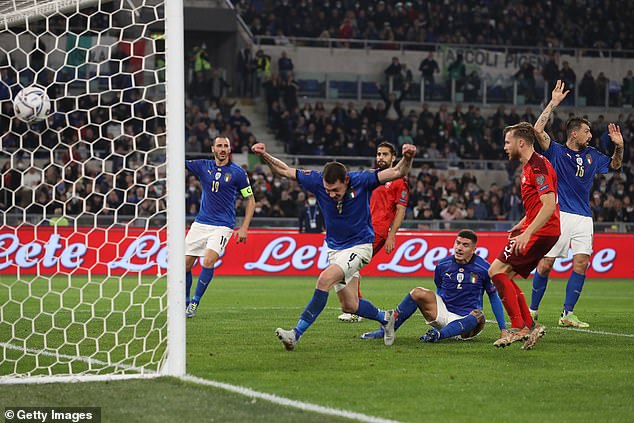 Switzerland took an early lead when Noah Okafor, making his first start for the national team, teed up fullback Silvan Widmer to fire a piledriver into the back of the net, shocking the home crowd in the 11th minute.

Italy struck back through a cleverly-worked free kick that Giovanni Di Lorenzo headed home and could have snatched all three points in the final minute of normal time, but Jorginho’s effort from the spot flew high over the bar as the game ended in a draw.

Italy struck back after the half-hour mark through a cleverly-worked free kick from Lorenzo Insigne that Giovanni Di Lorenzo nipped in ahead of Sommer to head home. 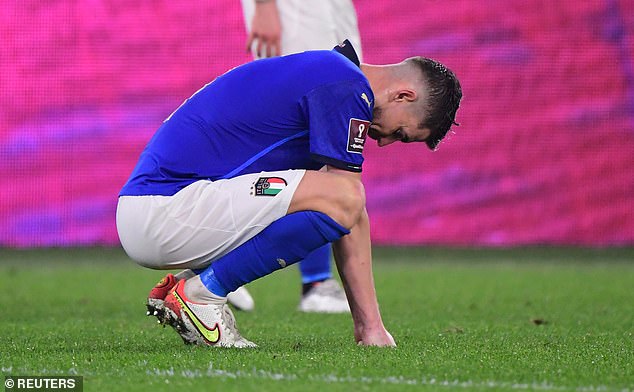 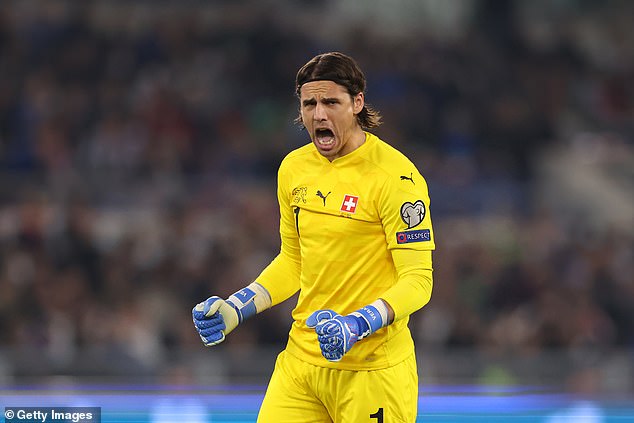 Jan Sommer celebrates the penalty miss, leaving the Swiss with a chance of taking top spot

The home side piled on the pressure in the second half, dominating possession but failing to get many decent efforts on target as the Swiss defended doggedly.

Emerson and Federico Chiesa both went with similar efforts during a frenetic second half, cutting in from the left before firing their shots over.

Italy were given another golden opportunity in the final minute of normal time as a VAR review led to a penalty awarded for a foul on Domenico Berardi by Ulisses Garcia, but Jorginho blasted the ball over the bar as the Swiss escaped with a draw.