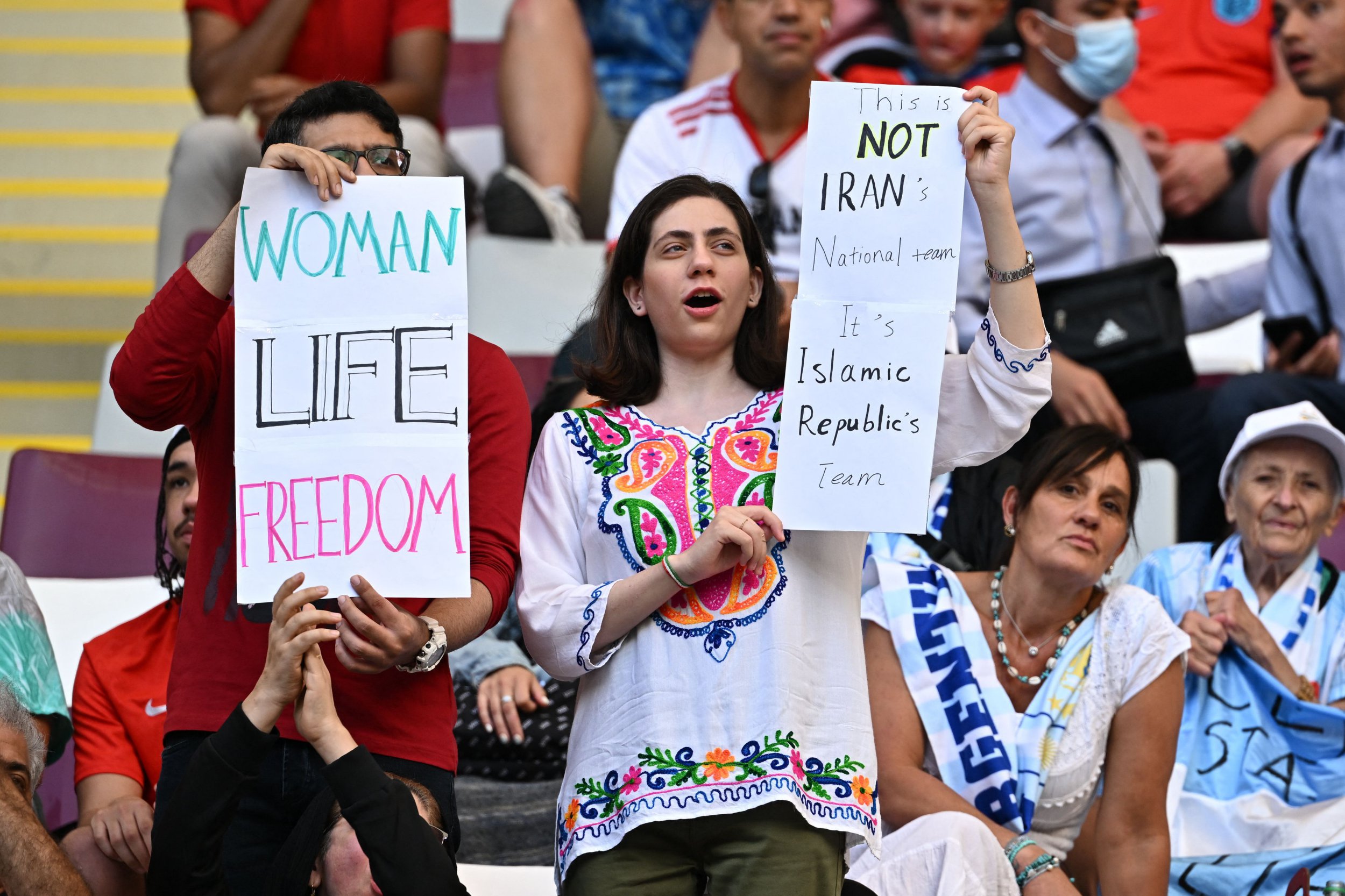 Iran’s head coach Carlos Queiroz has urged fans who booed and jeered the national anthem to ‘stay at home’ following his side’s 6-2 defeat to England in their World Cup opener on Monday.

In a clear show of support to the anti-government protests in their country, Iran’s players opted not to sing the national anthem before the game against England, while heavy booing could be heard from Iran’s supporters around the Al Khalifa Stadium.

Several fans also held up banners in support of women’s rights in Iran inside the ground.

Multiple anti-regime demonstrations have been staged in Iran over the past two months following the death of Mahsa Amini in police custody after she was arrested for not wearing a hijab.

Ahead of the tournament in Qatar, Iran’s players were criticised after they met with the country’s president Ebrahim Raisi, but Queiroz has called on supporters to ease the pressure on his squad after their defeat at the World Cup.

‘Everybody knows the present circumstances, of the environment of my players is not the best environment, in term of commitment, concentration, because they are affected by those issues,’ Queiroz said.