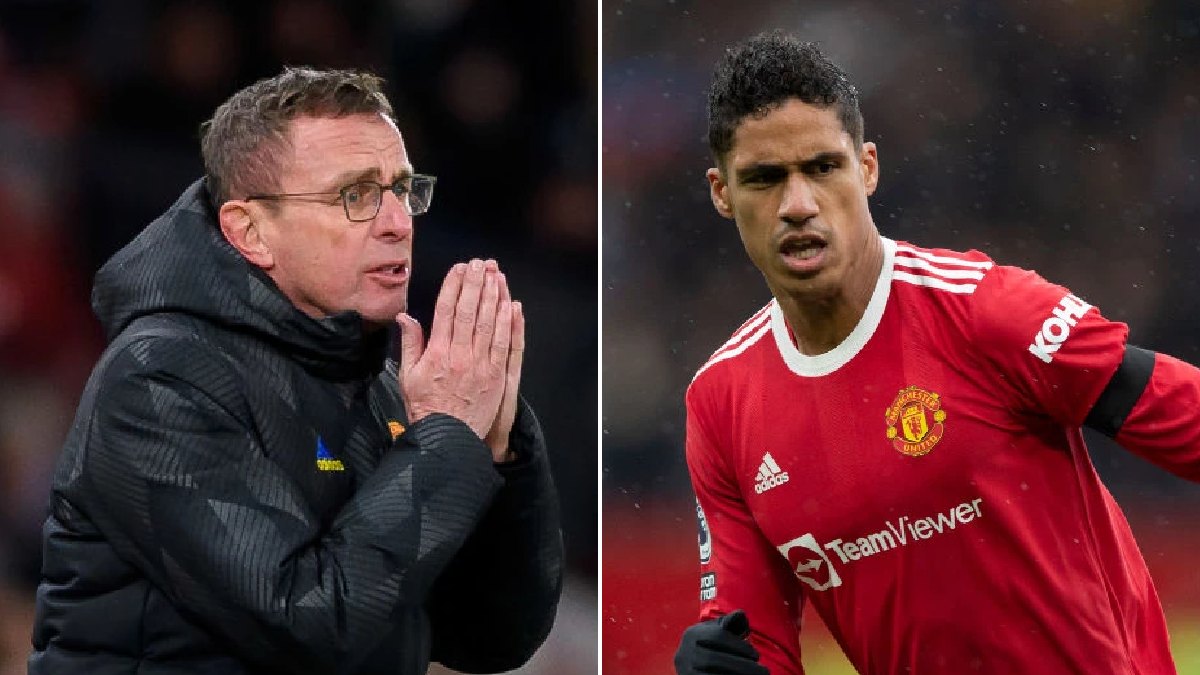 Manchester United defender Raphael Varane is set to return to full training on Friday and could even be named on the bench for Saturday’s clash with Norwich City, according to reports.

The Frenchman, who moved to Old Trafford from Real Madrid in the summer, has not featured for his new club since the start of November after suffering a series of injury issues.

Varane was initially sidelined after injuring his groin while on international duty with France in October, missing two league games, and was then forced off with a hamstring injury against Atalanta in the Champions League on November 2.

It was initially feared that he would not return to action until the new year, but he is stepping up his rehabilitation and The Sun report that he will rejoin full training with the rest of his teammates on Friday.

He has been given the all-clear to resume full contract training after spending the last 10 days working alone at Carrington, and it is even claimed he is contention for a place in this weekend’s matchday squad.

United travel to Norwich on Saturday night and Varane could be a surprise inclusion on the bench if he gets through Friday’s session unscathed.

However, it is much more likely that he will return to the squad for Tuesday’s Premier League clash with Brentford once he has a few more training sessions under his belt.

United are lacking depth at centre-back, with Nemanja Matic having to drop back into defence as Ralf Rangnick shuffled his pack against Young Boys, and the final decision regarding Varane’s return will rest with the German coach.

Speaking about his period on the sidelines, Varane told MUTV last week: ‘I’m working very hard and, you know, footballers are like F1 [cars] so sometimes we have to change something and to improve the motor.

‘I think I have to change a little thing because it’s a big difference, a big change.

‘The kind of work is different work so I have to adapt. I know that and I’m working very hard to be at my best as quickly as possible.

‘I know it’s big work but I’m ready to do it, to try to improve. I’m very excited to come back to help the team.’