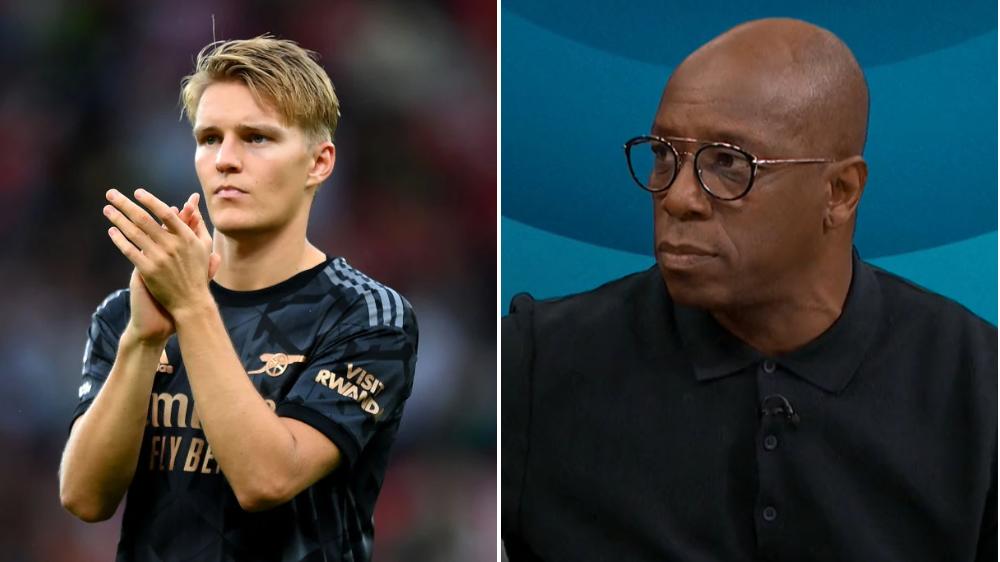 Ian Wright highlighted the lack of ‘discipline’ shown by Arsenal and midfielder Martin Odegaard that contributed to their defeat to Manchester United on Sunday.

Arsenal fell to a 3-1 defeat at Old Trafford despite a vibrant performance in Manchester, undone by two goals on the counterattack in the second-half.

Bukayo Saka wiped out Antony’s debut goal in an extremely promising start to the second-half for the Gunners.

But the visitors found themselves behind again six minutes later. Christian Eriksen, who shone in United’s midfield, found space in deep in the Arsenal half to feed Bruno Fernandes who provided the sensational assist for Marcus Rashford’s first goal of the afternoon – doubling his tally nine minutes later.

In his post-match interview, Arteta alluded to a lack of ‘discipline’ in his side’s performance with Arsenal hero Wright pointing out Odegaard’s failure to track Eriksen during United’s second, with the Norwegian seen pounding the floor in frustration after the goal went in.

‘This is what he [Arteta] is talking about in respect of discipline,’ Wright told Match of the Day 2 after highlighting Odegaard losing Eriksen in build-up to second goal.

‘He has got to be closer to him. Eriksen saw him out, now he [Odegaard] has got to see Eriksen out.

‘He didn’t do it and you can see how disappointed he is with it. Those are the things that kind of cost us today and they were very ruthless in finishing us off.’

Odegaard and Eriksen were also involved in the game’s most contentious moment when Gabriel Martinelli’s first half goal was ruled out by VAR. Odegaard was judged to have fouled Eriksen in the build-up, a decision criticised by the Norway international and Arteta post-match.

Wright however felt the correct decision was made.

‘People will sit there and say oh in my day [it wouldn’t be given]. In this day, that is a foul,’ he said.

‘I didn’t see that bit because I was so excited about this bit [Martinelli’s finish]. But when I saw it [the replay] I straight away thought they are going to give that.

‘Even though they [VAR] had a complete nightmare on Saturday I couldn’t see them not giving that. I don’t think he even needed to go to VAR for it, he should have seen that straight off the bat.’