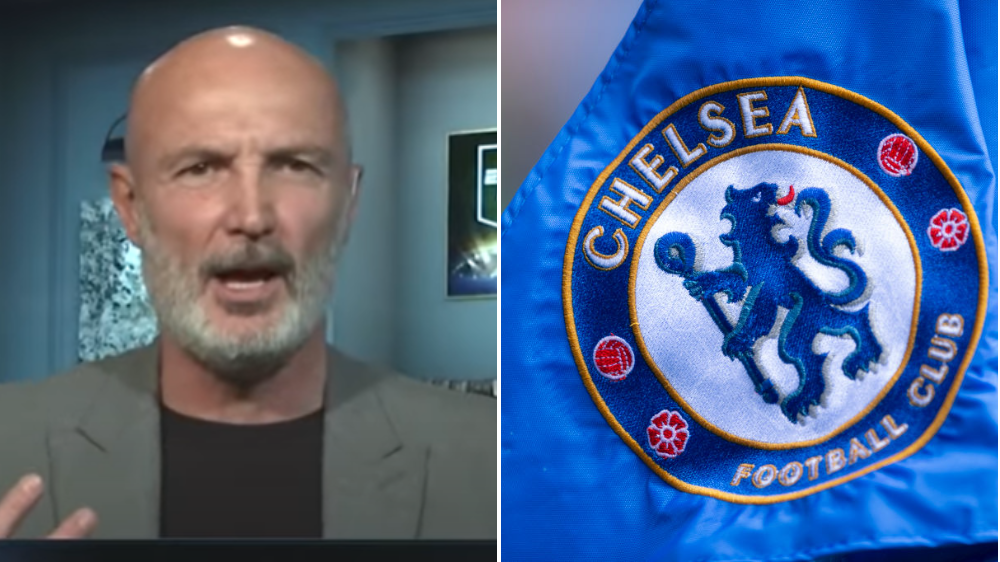 Frank Leboeuf has urged Chelsea to sign a new central midfielder and has identified the player he would love to see arrive at Stamford Bridge.

After an underwhelming start to the season which culminated in the sacking of Champions League-winning manager Thomas Tuchel, Chelsea have impressed under new boss Graham Potter.

The Blues remain unbeaten under Potter, climbing to fifth in the Premier League and top of Champions League Group E.

While Chelsea appear to be going in the right direction under ex-Brighton manager Potter, former Stamford Bridge defender Leboeuf believes the club need a new central midfielder to replace the injured N’Golo Kante.

Leboeuf has revealed who he wants to be Kante’s long-term replacement at Chelsea, insisting he ‘gets goosebumps’ thinking about Declan Rice at the west London outfit.

Rice spent almost a decade in Chelsea’s academy before being released and joining West Ham as a teenager.

The 23-year-old has developed into one of West Ham’s most important players – making more than 200 appearances for the Hammers – and starred in England’s run to the Euro 2020 final.

Chelsea were heavily linked with a move for Rice while club legend Frank Lampard was manager and Leboeuf hopes Potter and Boehly also view the West Ham midfielder as a top target.

‘The only position I think Chelsea need to strengthen in is central midfield as a potential replacement for N’Golo Kante,’ he told FairBettingSites.

‘Kante is out for about four months and while Jorginho is a great player he is not defensively-minded. Mateo Kovacic is a good player, and he does his job well, but he needs a partner.

‘Declan Rice is the one for me. It would be very, very interesting if Kante left, I would love to see them go and get Rice from West Ham.

‘I get goosebumps thinking of Mason Mount and Declan Rice playing together at Chelsea because they are academy graduates and that’s what fans want to see.

‘Manchester United are missing the point with their transfer policy of just buying big stars. They need to remember the Neville brothers, Beckham, Scholes, Giggs etc. all came through the system and providing the backbone of the greatest period in the club’s history.

‘The biggest figure in Chelsea’s recent history is John Terry, who OK started at West Ham but he’s Chelsea through and through and came through the academy like Mason Mount. Declan Rice belongs to Chelsea, like Conor Gallagher.’