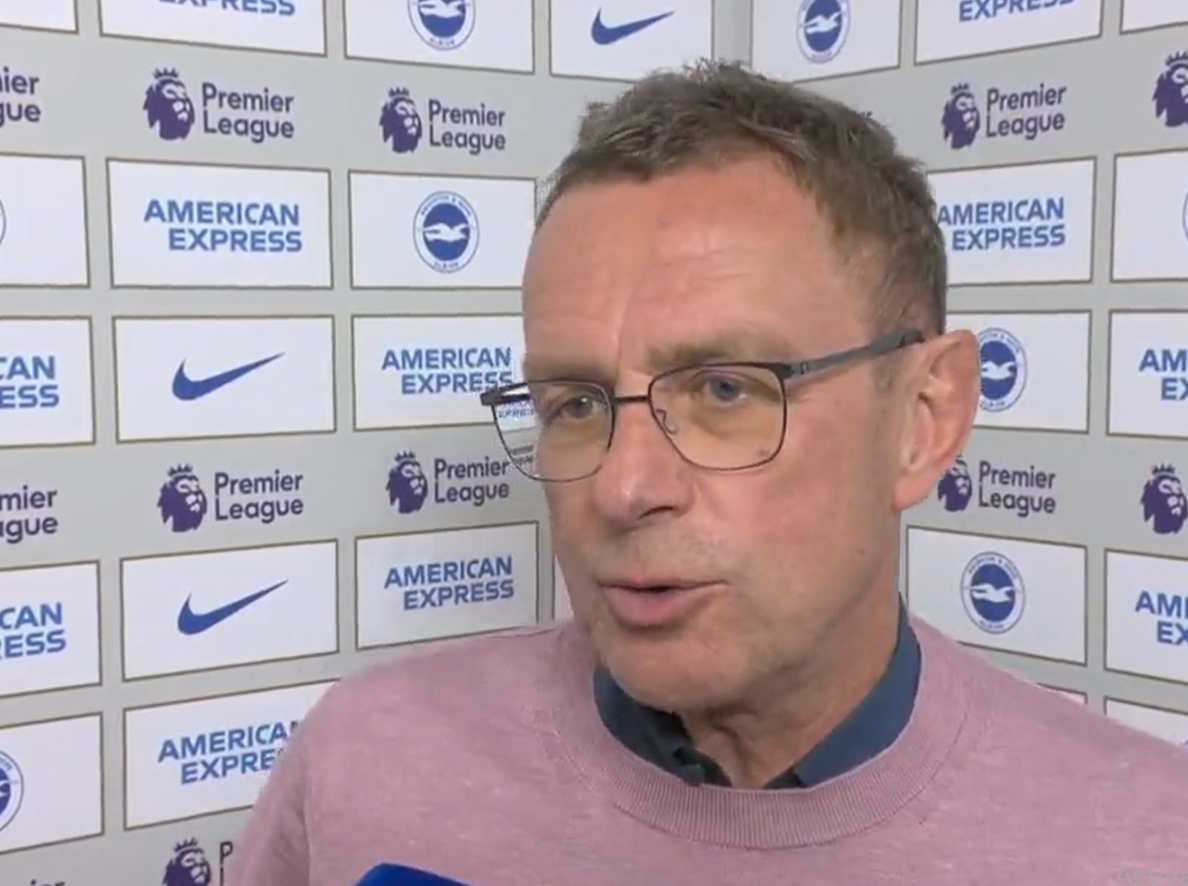 Already condemned to finishing the season with their lowest ever Premier League points tally, United’s shambolic campaign reached a new low on the south coast after they were comprehensively outplayed by Graham Potter’s side.

Moises Caicedo fired the hosts into the lead after just 15 minutes, threading a low shot from the edge of the penalty area beyond David de Gea but worse was to follow after the break.

Rangick brought on Fred and Edinson Cavani at the interval, but the changes only left his side more susceptible to Brighton’s combination of energy and technical excellence.

Marc Cucurella doubled the lead four minutes after the re-start, before Pascal Gross and Leandro Trossard added the goals which underlined Brighton’s dominance.

After Trossard’s strike, Cristiano Ronaldo was caught laughing by the TV cameras, while United fans chanted ‘your not fit to wear the shirt’ at their crestfallen players.

Responding to the latest damaging result of his interim reign, Rangick said: ‘To start with, it’s important that we apologise to our supporters who came all the way from Manchester to Brighton.

‘It was a terrible performance. From the first until the last minute it was not enough; we can only apologise for this performance and a humiliating defeat.

‘[Monday’s win over Brentford] was a different game, we just gave too much time and space. We were never in a position where we could stop them playing through our lines, We told the players be as compact as they could but we couldn’t stop it.

‘I don’t think they ignored the gameplan but we weren’t able to stop them.

‘We gave them too much space and if you do that against a technically good team like Brighton, you will get punished.’