Eddie Howe has called a clear-the-air squad meeting in an effort to avoid a ‘fallout’ between Allan Saint-Maximin and his Newcastle team-mates after the winger appeared to criticise them in an interview.

The Frenchman told So Foot this week: ‘The day I have a player capable of finishing actions, I will make seasons with 10-15 assists, and I will change dimensions in people’s heads.’

Saint-Maximin, who claims the quotes were taken out of context and that he ‘never said anything negative about my team-mates’, went to see Howe on Thursday morning to provide context to the interview. 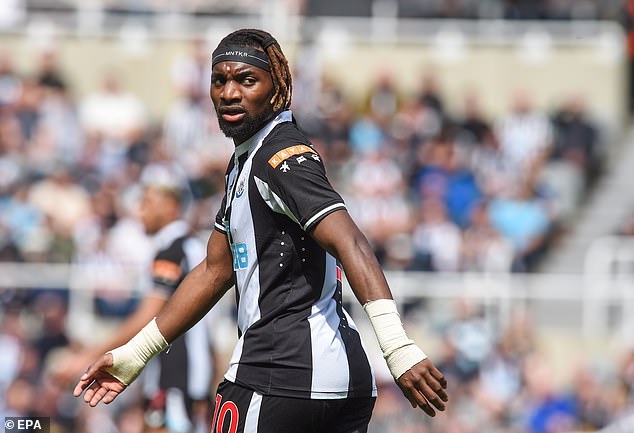 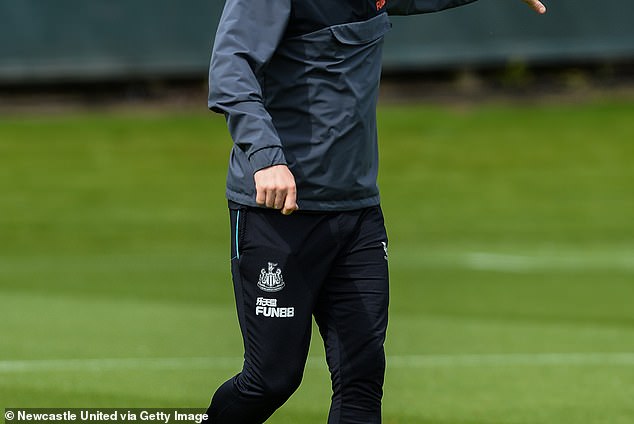 The head coach said: ‘I saw the quotes and spoke with Allan.

‘I think I need to make this clear that Allan’s quotes didn’t come across in the way he meant them to.

‘He was concerned yesterday. We spoke, and in no way did he mean to damage the team and the unity that we’ve built.

‘If he had meant those comments in the way they have come across and been published, then he wouldn’t have been in my office concerned about the reaction.

‘Of course, he said things in an interview, but it wasn’t in the context that he meant, although it happened.

‘We will be speaking with the squad and making sure there’s no fallout from that, because unity has been our strength. It’s vitally important that we keep that at all costs.’ 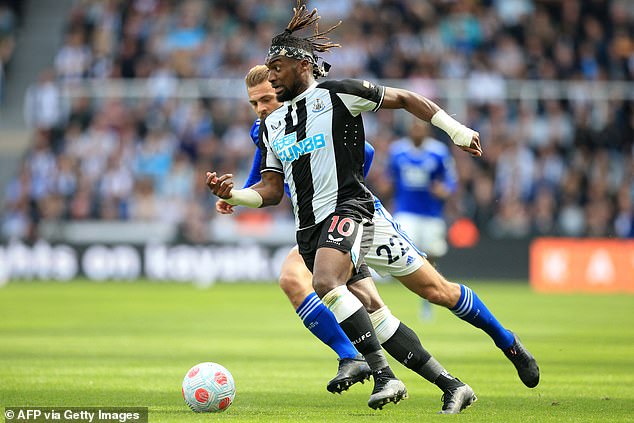 Howe added: ‘Ideally, I would not want any of my players speaking about anything other than themselves and their own careers. I don’t think players need to to talk about their players or players from other clubs.

‘It’s all about our club. It is about protecting the team and everything we do, giving off united and positive messages even in difficult moments, and that can be tough.’

Asked if Saint-Maximin would be fined, Howe said: ‘I don’t think I will be fining him about that situation, it is more a case of education and making sure players know what we expect of them.’

Saint-Maximin issued a statement on Twitter on Friday in response to the backlash to his quotes. ‘The interview I did with Sofoot has been taken out of context and shortened on Twitter,’ he wrote.

‘I never said anything negative about my teammates, I simply said as any Newcastle fan would that I was looking forward to having an even better team so that we could progress collectively and that as a result I could also progress individually.’