Newcastle's last taste of a top-four finish came under Sir Bobby Robson way back in 2003.

Since his departure a year later, it's not been a pleasant experience for the Geordies, with 12 coaches coming in to try and repair the rut.

And as Eddie Howe takes his first game in charge, where's he's set to instruct the players via FaceTime after testing positive for Covid, we take a look at his predecessors and see how they did in their opening Premier League game in charge. The Scot had already got off to a winning start with the Magpies beating Israeli side Bnei Sakhnin 2-0 in the UEFA Cup. Three days later, they won on the South Coast with the winner coming from an unlikely source – right-back Stephen Carr. Souness won ten and drew three of his opening 16 games in charge but was sacked 18 months later. A game which proved to be one of the most memorable in Newcastle’s history with Alan Shearer breaking Jackie Milburn’s goalscoring record with his 201st for the club, slotting home in front of the Gallowgate End after Charles N’Zogbia had broken the deadlock. Roeder took over a struggling side and led them to European qualification via the Intertoto Cup. A dream start for Big Sam at his former club with an emphatic opening day win, thanks to goals by Oba Martins (2) and N’Zogbia. Like Souness before him, his time in the Toon hotseat was initially full of promise but it all turned sour by January when new owner Mike Ashley bowed to fans’ pressure and fired him. KK’s Second Coming was nothing like his first spell in charge of Newcastle and his opening game proved a damp squib despite the frenzied atmosphere at kick-off. Bolton comfortably held out for a goalless draw and Keegan had to wait another two months for his first win – after a run of two draws and six defeats.

Will Eddie Howe steer Newcastle clear of relegation? Let us know your thoughts in the comments section below. The club were in turmoil following Keegan’s departure and the leftfield appointment of Kinnear 24 hours before this game did little to restore stability. He watched from the stands as a confidence-shot side slumped to a fifth successive defeat against opponents managed by ex-manager Allardyce. Michael Owen scored a second-half consolation from the penalty spot. Chris Hughton had held the reins after Kinnear resigned for health reasons before the shock appointment of Toon legend Shearer. But there was to be no dream start for the Geordie as Chelsea ran out easy winners at St James’ Park. He would go on to win just one of his eight games at the helm as Newcastle were relegated on the final day. 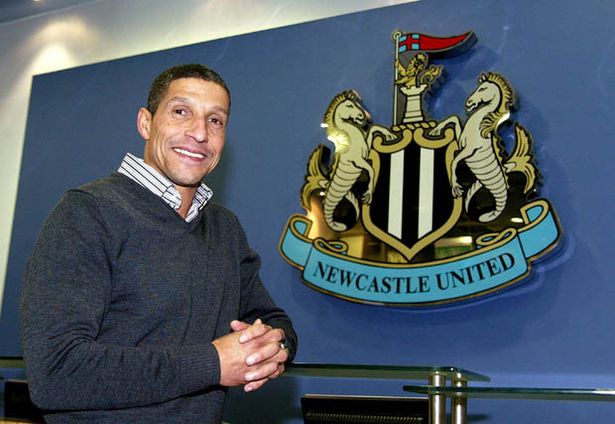 The former Republic of Ireland defender had already had two caretaker spells in charge and was offered the job on a permanent basis as Newcastle started life in the second tier for the first time in 16 years. Hughton didn’t just steady a sinking ship he set sail on a journey that would lead to promotion. After this opening day draw, the Magpies won six in a row. Pardew wasn’t a popular appointment and needed a good start after the controversial sacking of Hughton. And he got it with a stirring win over Liverpool with late goals by Joey Barton and Andy Carroll sealing an unexpected three points after Dirk Kuyt had cancelled out Kevin Nolan;’s 15th-minute opener. 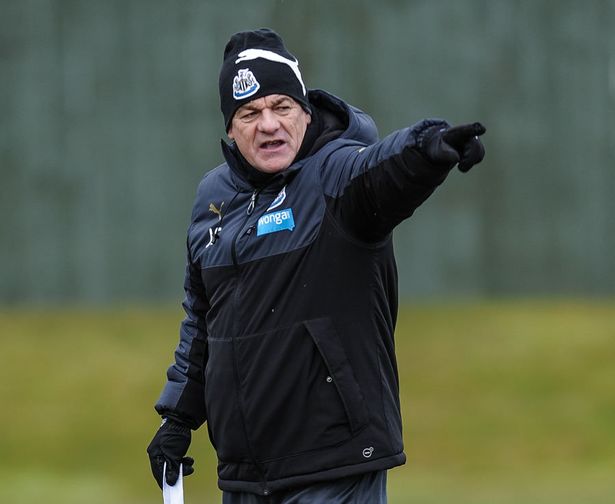 Pardew quit after a 3 2 win over Everton three days earlier to take over at Crystal Palace and his former No. 2 thought he was all set for another win only for the Clarets to hit back three times. Stephen Taylor, Jack Colback, and Moussa Sissoko were the Toon’s New Year’s Day goalscorers. Goals by Papiss Cisse and debutant Gini Wijnaldum looked to have got McClaren’s reign off to a flying start only for Saints’ striker Shane Long to equalise with 11 minutes remaining. Newcastle were not to win a league game under the former England boss until October 18 when they thrashed Norwich 6-2. Whatever Rafa’s managerial qualities, he didn’t possess a magic wand. The Magpies were unbeaten in their last six games under his stewardship but by that time the damage was done. They went down to a Shinji Okazaki goal at the KP Stadium and picked up just two points out of 12 in Benitez’s opening four games. The heavens opened but this was a hellish afternoon for Bruce whose dreams of a winning start at the club he supported as a boy were shattered by Pierre-Emerick Aubameyang’s second-half winner. And the critics were on his back immediately claiming a botched substitution had led to the visitors’ goal.