Michael B Jordan sprinkled a little bit of Hollywood stardust on a wet and windy Bournemouth on New Year’s Eve, as he attended a home game for the first time since taking over as co-owner of the team.

The 35-year-old megastar is part of a new Cherries ownership team led by fellow American Bill Foley, and he jetted in to the south coast of England for the team’s game against Crystal Palace.

Upon arrival, the Bournemouth fans were delighted to see the famous face for the first time, mobbing him for photographs and autographs as he made his way into the stadium. 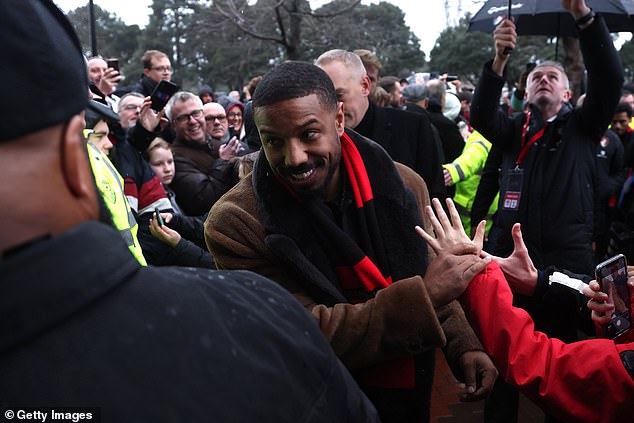 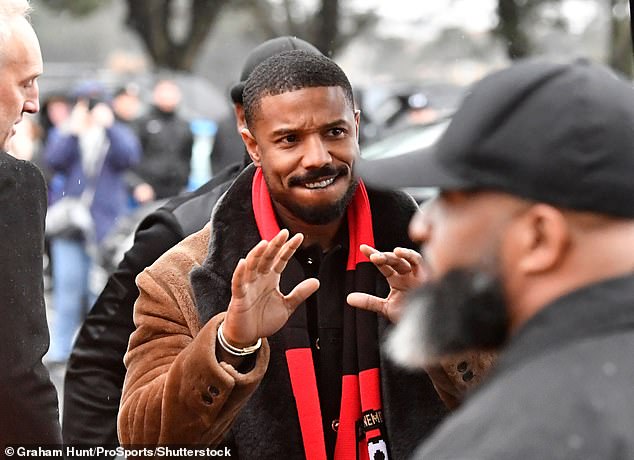 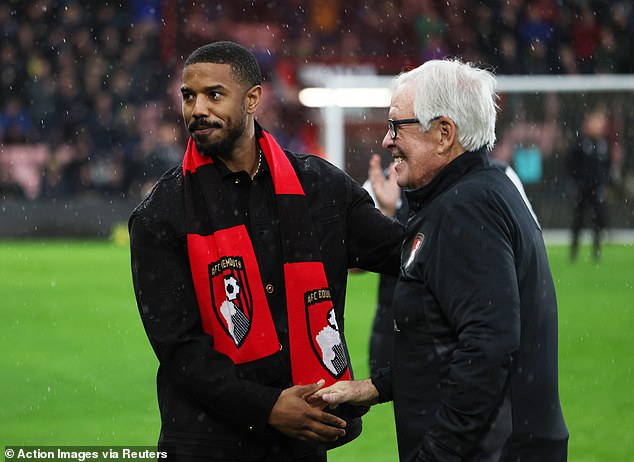 Shortly after, Jordan was unveiled to the crowd alongside Foley, waving to supporters as he wore a Bournemouth scarf and made his allegiances clear.

Just days earlier, the actor, director and producer attended his first Bournemouth game away at Chelsea – sitting in the stands to watch them fall to a 2-0 defeat.

Unfortunately, the misery continued early on New Year’s Eve, with opponents Crystal Palace scoring two early goals to send Bournemouth on the way to a fifth defeat in six games.

Since the news of his involvement in the $185million deal, interest in the Black Panther star’s role at the club was high – with many wondering how Jordan would fit in. 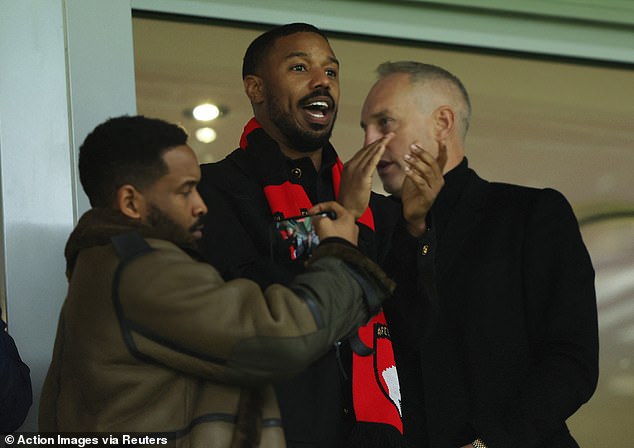 Jordan appeared delighted to be there, but the team went 2-0 down to Palace very early on 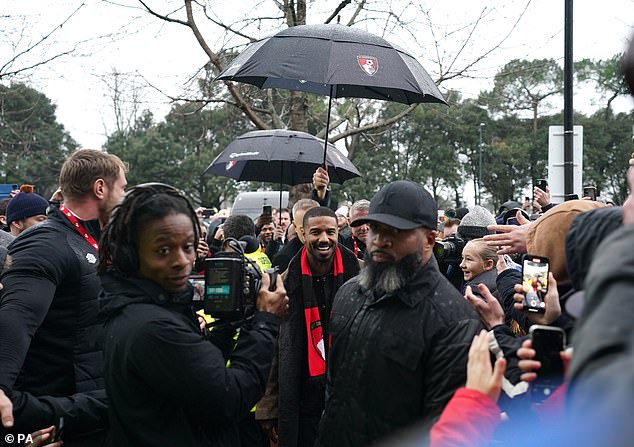 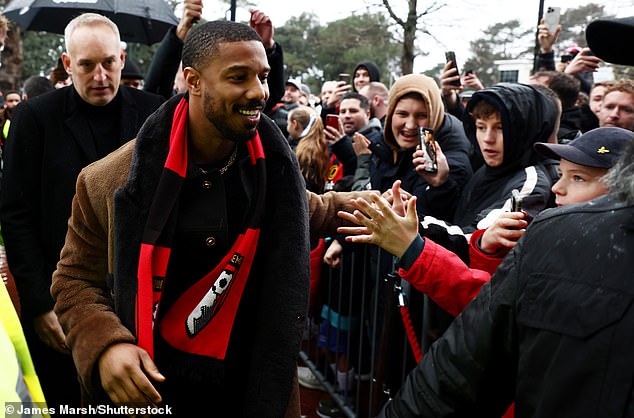 Fans clamored for photos and autographs of the Black Panther actor, who wore a team scarf

In a statement released by Bournemouth, the club said that the Creed actor would ‘work closely with Bill [Foley] in areas including global marketing and internationalisation of the club.’

Foley, Jordan’s partner and owner of the Vegas Golden Knights, has bought a house on the south coast and has been present at a number of Bournemouth games both before and since the deal was finalized in October.

And speaking after completing his takeover, Foley was bullish about how things are going to work at the team.

‘I have looked at several teams over the last two or three years and they all involved minority investment and someone else is already in charge. I don’t like that. I’m a dictator,’ Foley told BBC Radio Solent. 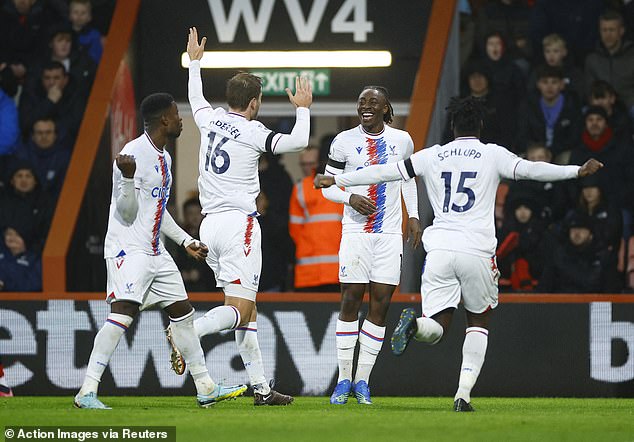 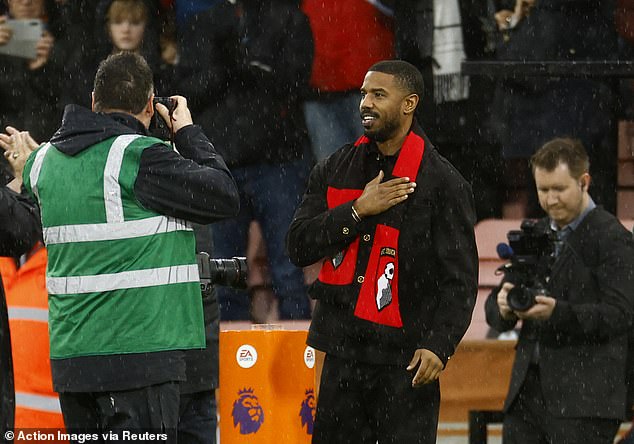 ‘When I’m involved, I need to be the captain of the ship. I had to wait for a situation where I could buy the team myself, with my partners of course, and control the destiny of the team.

‘I’ve always said with the Vegas Golden Knights that if there’s a mistake made then it’s on me. I’ll take responsibility and I plan on doing the same thing with AFCB.’

Foley takes Bournemouth on from Swiss-based Russian businessman Maxim Demin, who owned the club for 11 years.

That spell included the Cherries rising up from League One – English soccer’s third tier – to the top-flight in the space of five seasons.