Chelsea’s Kai Havertz has heaped praise on his new teammate Raheem Sterling as they prepare for the start of the Premier League season.

Sterling joined Stamford Bridge from Manchester City earlier this month in a deal worth £47.5million.

He scored 131 goals in 339 games for City and won 10 major trophies in seven seasons at the Etihad. 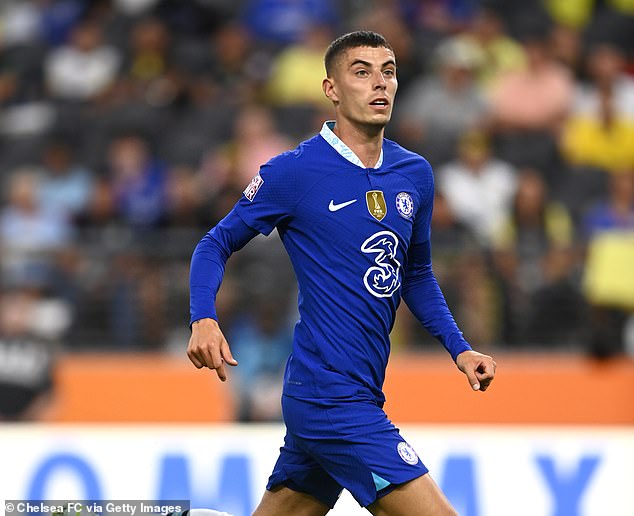 Havertz made it clear he thinks very highly of the 27-year-old. He told The Metro: ‘We all know that he is a great player, I think in every game you can see that.

‘I know the game against England at the Euros, he played well. You can see his quality here already and it’s been just a few days. You can see in training how good he is, how fast he is. He is definitely going to help us.’

The German midfielder joined the Blues in 2020 and has been a regular ever since. He has 23 goals in 93 games for Chelsea, including the only goal of the 2021 Champions League final against Manchester City.

He has recently been used as a central striker by Thomas Tuchel rather than his natural attacking midfield, and is relishing the opportunity. 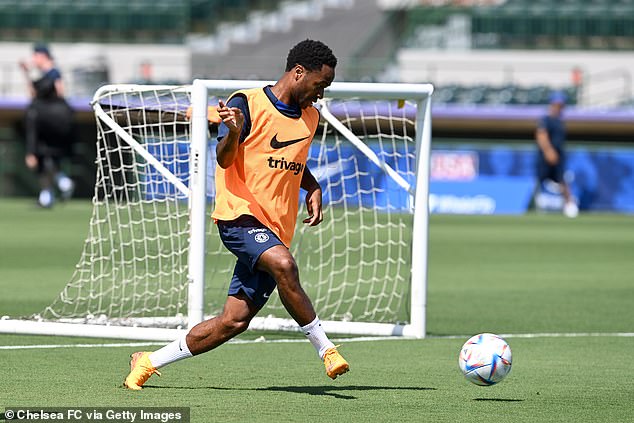 He continued: ‘I’ve played a lot of positions over the years but last season I played a lot as a no 9 and it’s a position I like very much.

‘If I look back four years ago, I could never have imagined playing there. But the last two years I’ve played it more often and I like the position.

‘It’s still good that I am flexible and can play different positions up front, but I am there to score goals and make assists and as a number nine you have to do that and link up with players.’

Chelsea get their campaign underway at Goodison Park on Saturday, August 6. 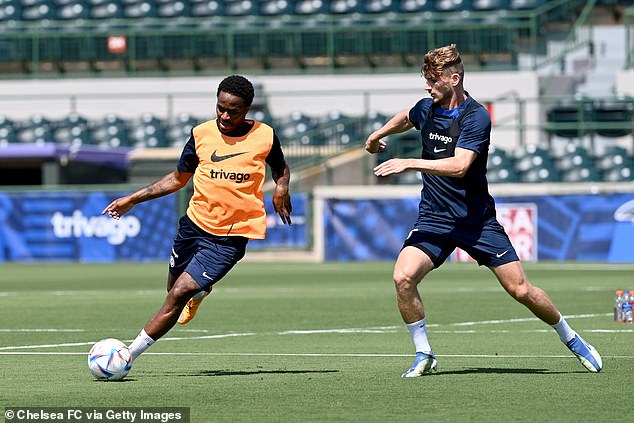