‘Ten years in the Premier League is a massive achievement for Southampton’, says Ralph Hasenhuttl … but Austrian warns it will only get tougher to stay in the top flight

Ralph Hasenhuttl has warned Southampton not to take their Premier League status for granted as they celebrate a decade back in the top flight.

The Saints will bring down the curtain on their 10th campaign among the big boys since winning promotion from the Championship in 2012 when they head for Leicester on Sunday, with an 11th season already safely secured.

However, Hasenhuttl insists they cannot afford to relax when they return after the summer with promoted Fulham and Bournemouth hoping to ensure their stays are not fleeting. 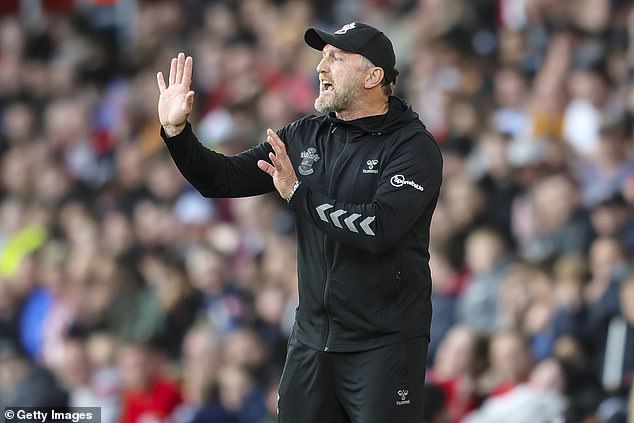 The Austrian said: ‘The Premier League, I don’t have to speak about the top teams – they are every year getting stronger and better.

‘But we also have to look that we are getting better, and we’ve managed it the last season, otherwise we wouldn’t have managed to be relatively safe in the league even if we are not making the big signings or losing our best players in the transfer market.

‘But we could still manage to stay there and this is for me still a big success for this club. A 10th successive year in the league is a massive achievement for Southampton, I must say.

‘But this is not a guarantee for the future, that you have been here so long now that you will stay there in the future. We have to work hard and we have to do our best and don’t make any mistakes.’ 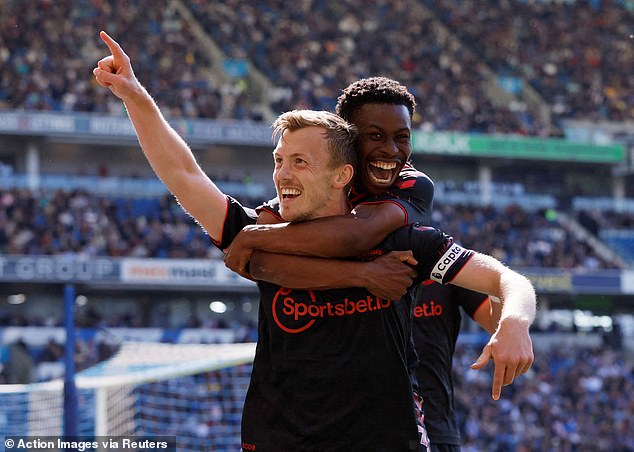 Southampton made it to 40 points with a 2-2 draw at Brighton on April 24, but have lost the three games they have played since – to Crystal Palace, Brentford and Liverpool – to sit in 15th place with only Everton able to overtake them.

‘That happens but as always, football doesn’t always go to your plans and football can be sometimes also very brutal.

‘Both situations you have to handle as a manager, and not hanging too high, not in the successful moments and not the not-so-successful ones. This is our job and what we have to do when we do this job.’