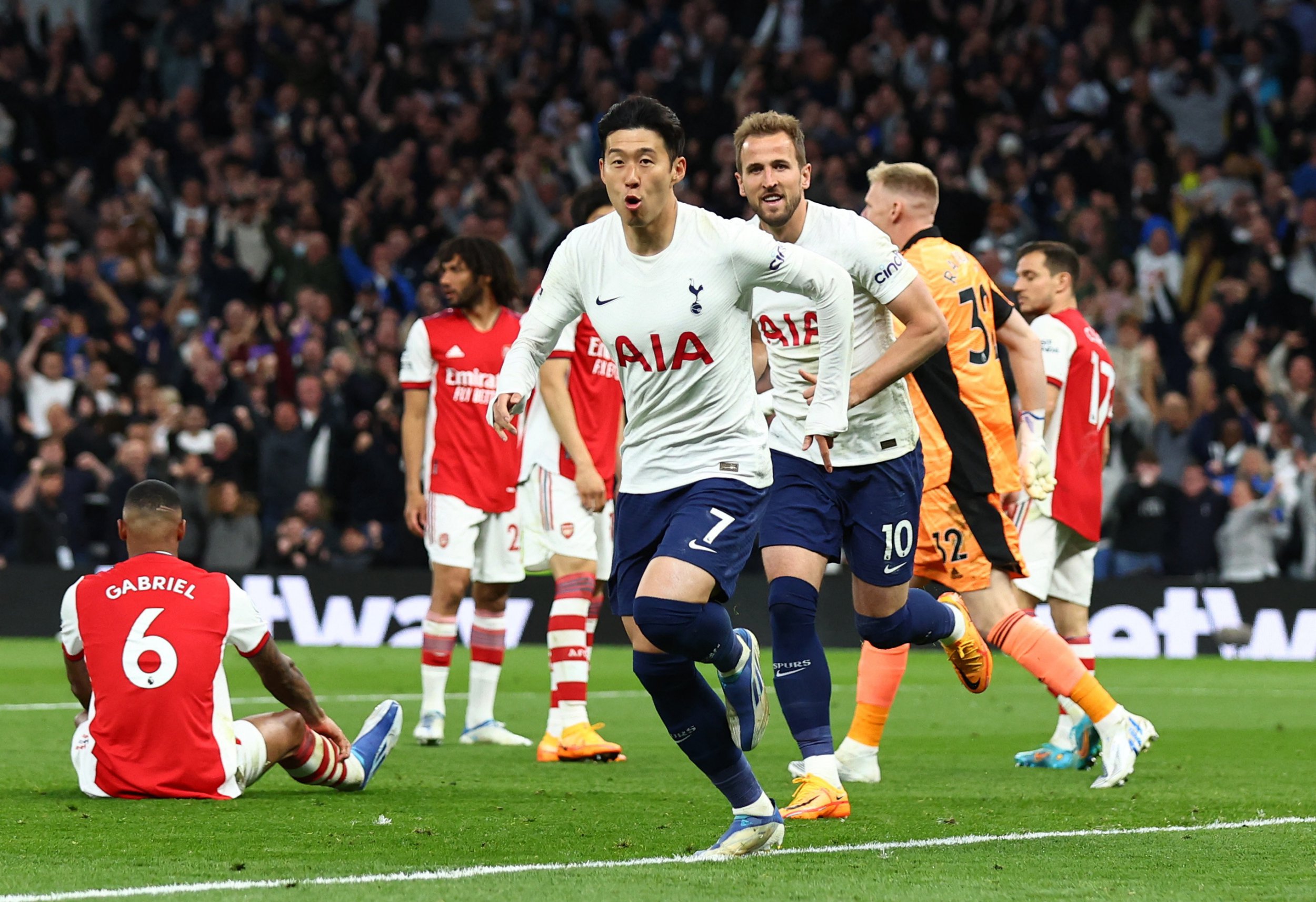 Harry Kane has vowed to help Son Heung-min beat Mohamed Salah to win the Premier League’s Golden Boot but has reminded his Tottenham teammate that securing a top-four finish needs to take priority.

Kane struck twice while Son also found the net in Spurs’ 3-0 victory over Arsenal in the north London derby on Thursday evening.

Son’s goal was his 21st in the Premier League this season, meaning he is just one behind Salah who leads the way in the division.

The South Korea international only has two games left against Burnley and Norwich City in which he can score to overtake Salah, while Spurs need Arsenal to drop points in their final two matches against Newcastle United and Everton to stand any chance of finishing fourth.

And Kane has stressed that Spurs’ top-four ambition will take priority over Son’s race with Salah.

‘We’ll have to wait to see what happens,’ Kane told Stadium Astro when asked if he would allow Son to take a penalty against Norwich on the final day of the season if Spurs were comfortably winning the game.

‘Sonny has been fantastic for us, another goal tonight, we’ve got another important game on Sunday that I’m sure he’ll be ready for.

‘Hopefully we can win him the Golden Boot, that’ll be nice but of course, he knows and we know that the three points are the most important thing.’