The Tottenham striker said he has committed to the business because he believes it can help expand the game of football, but the value of his investment has not been disclosed.

Toca has recently grown to become the largest operator of indoor training centres and social venues in the United States. 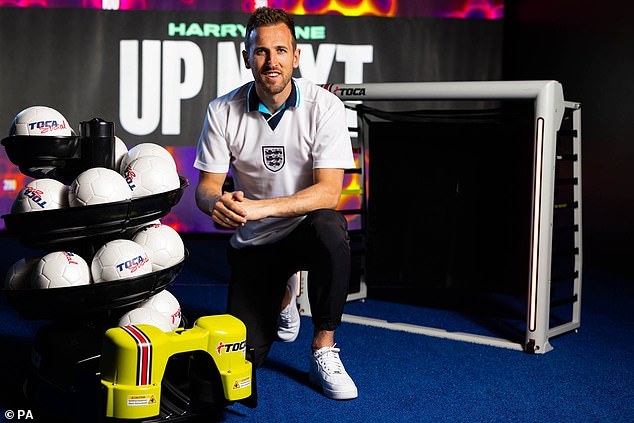 ‘I’m invested in Toca football because I really feel like it can help the game grow,’ Kane said.

‘A lot of young boys and girls out there are trying to improve, and the technology that Toca has, it’s a great opportunity to do that,’ the England captain added.

‘I think Toca is a great opportunity for younger boys and girls to train and learn,’ the England captain added. 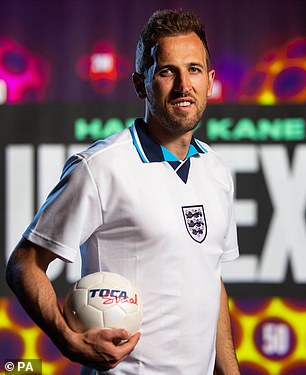 Kane has committed to supporting the company, but the value of his investment is unknown

‘The Toca technology gives you the opportunity of getting that information back, seeing what you need to work on, what you’re doing well, and what you need to improve on, and I think that is great to have.’

The California-based company was founded in 2016 by former Leeds and Preston North End midfielder Eddie Lewis, and has a board which also includes former US women’s star Abby Wambach.

The group has recently focused on its UK growth through Toca Social, its football-oriented social venues, one of which recently opened at the O2 in London.

‘His love and passion for the game, matched with his forward-thinking vision about the sport and developing the players of the future, is a great representation of what Toca is all about.’