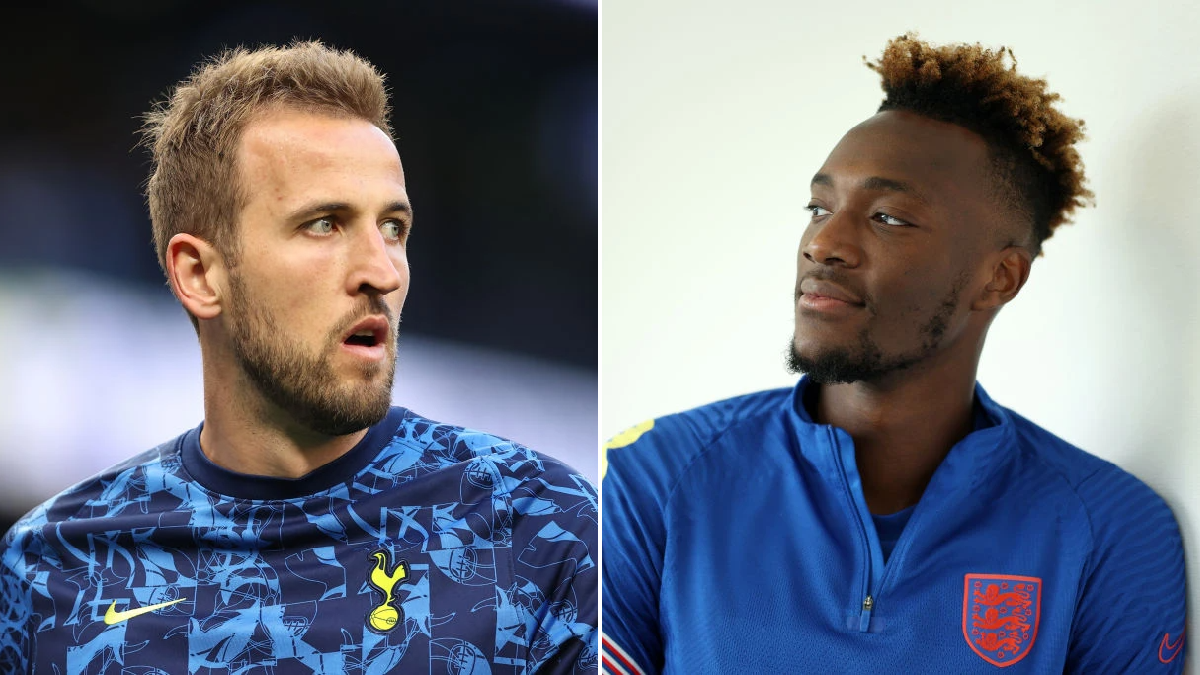 England captain Harry Kane has hailed Tammy Abraham as a ‘great player’ as the Roma striker continues to be linked with a move to Tottenham’s north London rivals Arsenal.

The Gunners have identified the former Chelsea star as a possible target as Mikel Arteta looks to strengthen his attacking options this summer.

Arsenal sold Pierre-Emerick Aubameyang to Barcelona in January and have also offloaded Alexandre Lacazette, who is set to join his former club Lyon.

Abraham netted 30 goals in 82 appearances for his boyhood club Chelsea but was deemed surplus to requirements after Romelu Lukaku’s £97.5m return to Stamford Bridge last summer.

While Abraham is content in Rome, the 24-year-old has been strongly linked with a return to London as Arteta looks to bolster his Arsenal squad following a disappointing end to the season.

Kane was asked about his England team-mate ahead of the Nations League fixture against Hungary on Saturday and said: ‘Tammy is a great player.

‘He had a fantastic season at club level and even though he’s still learning, he’s already got experience in the game.

Abraham will hope to use England’s upcoming Nations League fixtures to earn a place in Gareth Southgate’s World Cup squad.

After facing Hungary in Budapest, England take on Germany at the Allianz Arena and Euro 2020 winners Italy to Wembley.

Speaking last month, Abraham insisted he was ‘more than happy’ at Roma but refused to rule out a return to England this summer, telling BT Sport: ‘I would say I’m more than happy here.

‘Just the experience here, I had the experience of just the derby game. Derby games of course are big, but here they filled the roads weeks before the game. That’s all they were talking about.

‘We had another game before it, they [the fans] weren’t even talking about that game, they were saying, “We have to beat Lazio”. Just the rivalry, the atmosphere in the stadium, just everything is incredible.

‘So I’m happy here. You never know what the future holds, you can’t write the future, but as far as it is I’m satisfied.’