‘I will never say never’: Granit Xhaka reveals he is open to captaining Arsenal for a second time after his resurgence under Mikel Arteta… despite being stripped of the armband back in 2019

Arsenal midfielder Granit Xhaka has admitted he would be open to being captain once again – despite all of the controversy he has dealt with in north London.

The Switzerland international is flourishing at the Gunners right now and has been a vital reason they’re in the battle for the top four in the Premier League.

All to think in October 2019, Xhaka’s time at the Emirates looked to be over, with the midfielder reacting angrily to being jeered by his own supporters when he was substituted during a game against Crystal Palace.

He was stripped of the captaincy shortly afterwards for his actions. 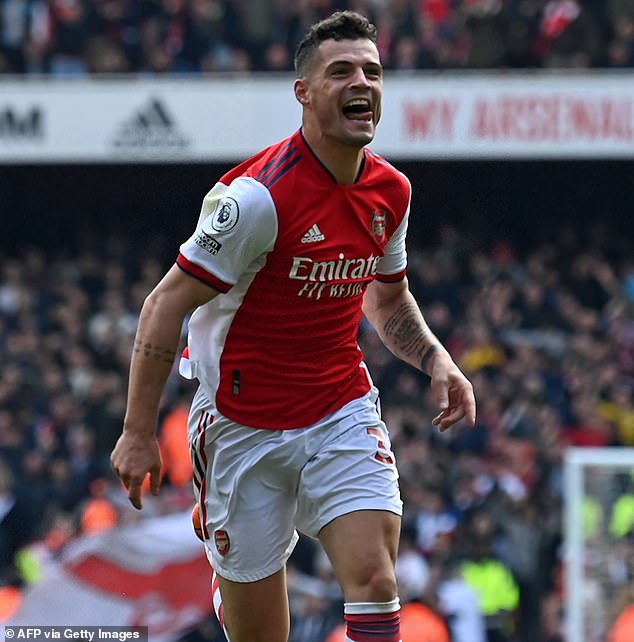 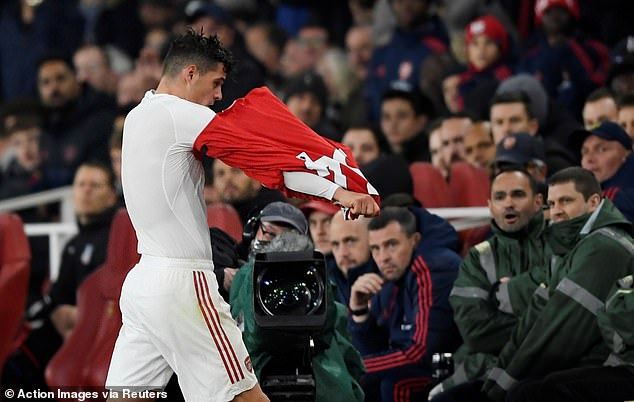 However, he has since established himself as a key member of Mikel Arteta’s starting XI, and capped off his remarkable resurgence by scoring a stunning goal in Arsenal’s 3-1 win against Manchester United last Saturday.

‘I will never say never,’ he told Sky Sports when asked about the Arsenal captaincy. ‘I was not ready for that again.

‘A captain of Arsenal can be without an armband and I am trying to lead the game and the players without the armband, but if tomorrow someone from the football club comes and asks if I want to take it I will be here because I know I am ready again to do it.’ 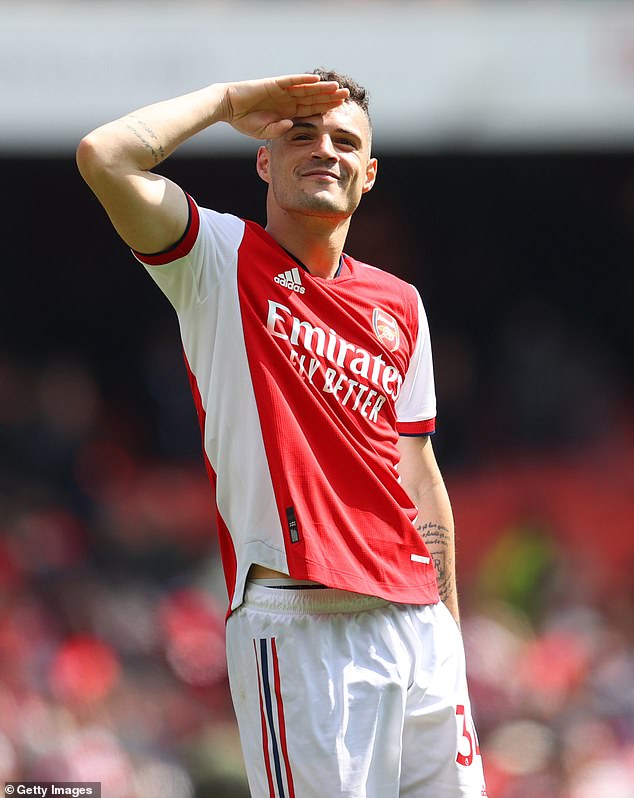 Boss Mikel Arteta also recently praised Xhaka for turning his career around at the Emirates.

‘He’s a father now, he’s been through a lot of difficult moments but he’s found a lot of support here internally to deal with certain situations.

‘His character, how he approaches problems, how he’s willing to change things, to improve constantly to become a better person and a better player, so credit to him for what he’s done.’ 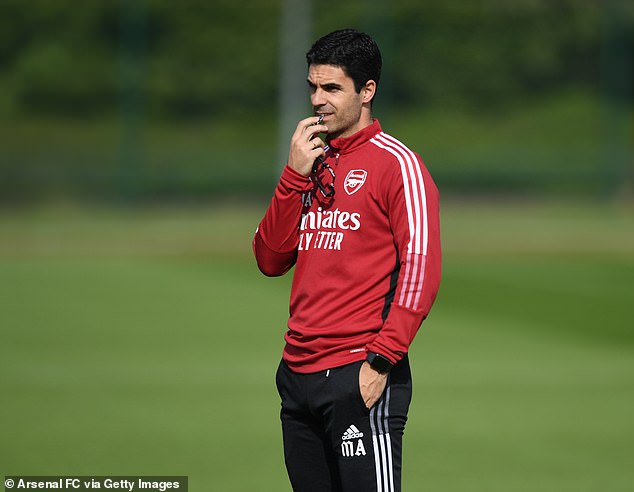 Arsenal currently sit fourth in the Premier League locked in a battle with rivals Tottenham, Manchester United and West Ham for a place in next season’s Champions League.

‘I want to play against the best and to achieve as well,’ said Xhaka.

‘The key is to be together and keep the belief. It is always easier if you win to stay together, but the most difficult time is when you lose. You have to stay strong with each other. 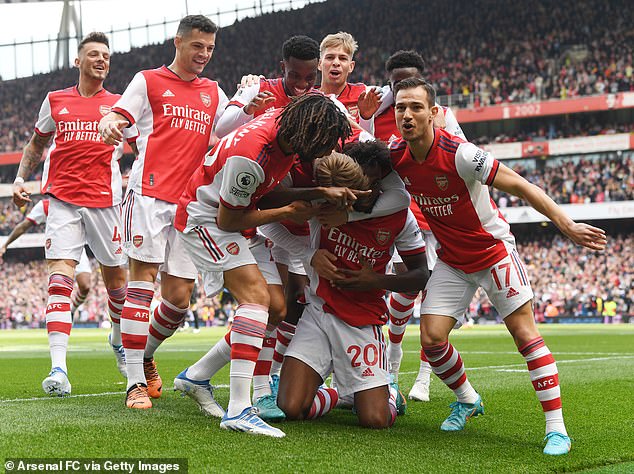 ‘There is a lot of respect, we laugh together, we are sad and disappointed together – that is part of our job – but in general we are very happy.

‘We have done a great job until now because we are in a very good position and it is all in our hands.’