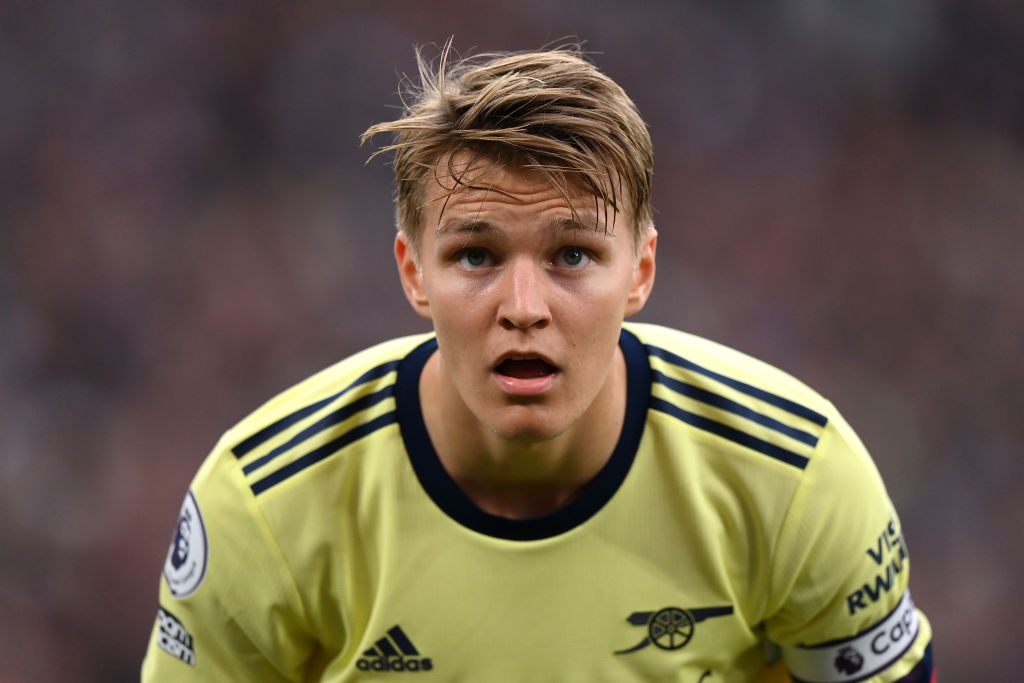 Odegaard has helped to fill the creative void left by ex-Arsenal playmaker Mesut Ozil at the north London club.

The 23-year-old, who captains the Norway national team, has not only flourished on the pitch, but has been praised by Mikel Arteta for his leadership skills.

Alexandre Lacazette has been chosen to wear the armband for the remainder of the season, with former Gunners striker Pierre-Emerick Aubameyang stripped of the captaincy last year.

But Lacazette is out of contract in the summer and facing an uncertain future at Arsenal, meaning another skipper looks likely to be selected for next season.

Xhaka, a former captain of the north London club himself, is tipping Odegaard to take over the role, revealing ‘everyone’ inside the dressing room listens to the midfielder.

‘He is the future of this club,’ Xhaka told TV2.

‘He’s already captain when Alexandre Lacazette does not play. He can be very proud of himself.

‘He can definitely become Arsenal captain. He has the DNA in him. He works as hard every day as if he were in a fight. He does a lot of extra work. He is humble. Everyone in the dressing room listens to him. Why not?’

‘You do not have to scream to be a captain,’ Xhaka added.

‘You need to understand what to say, when to say it, and to whom to say it. He is very humble, he is quiet as a person, he is not someone who talks a lot, and he does not talk very loudly.

‘But when he says something, the message comes very clearly to us players. That’s the key. It makes him very special.’