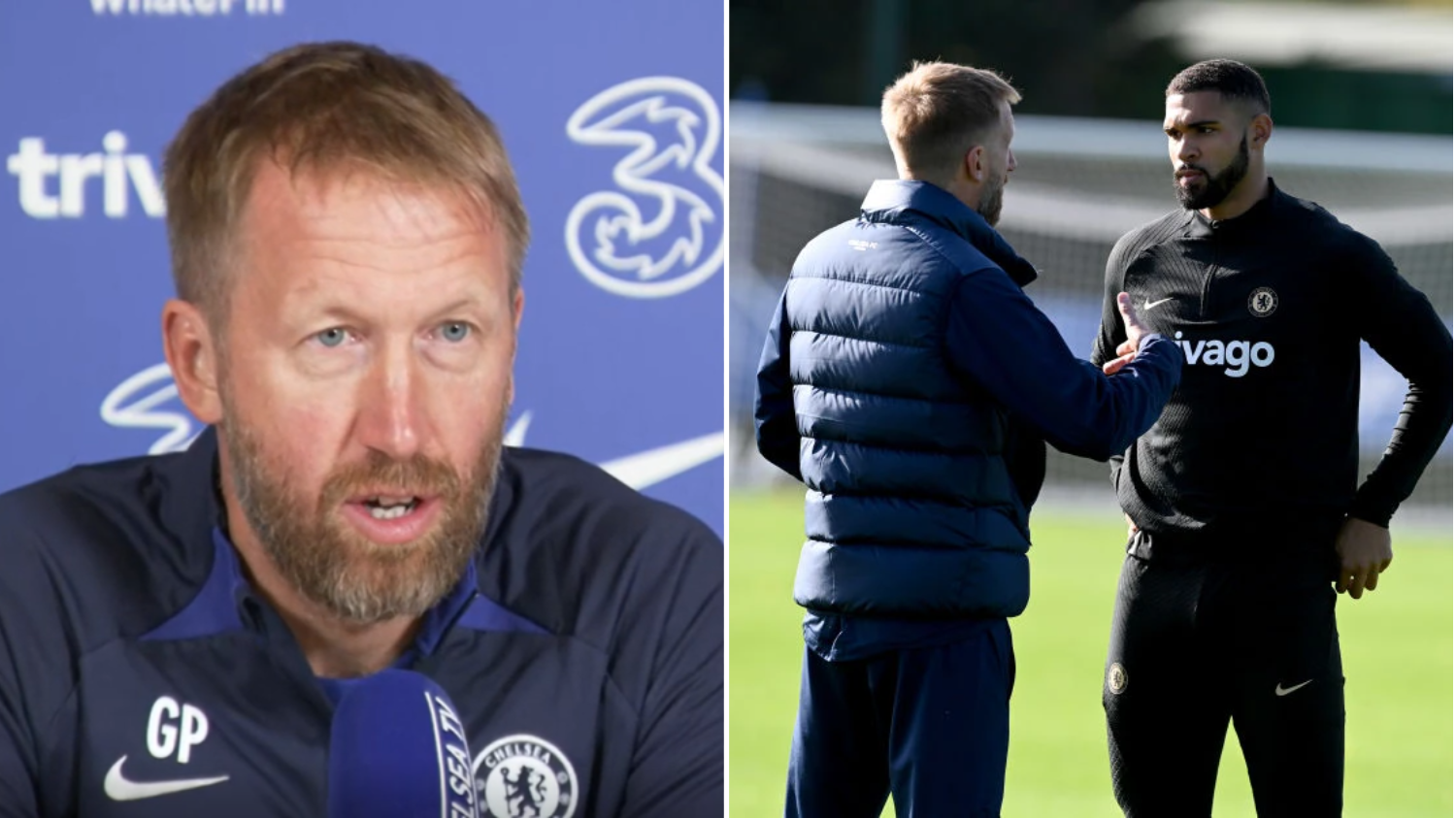 Graham Potter insists he has been ‘really impressed’ by Ruben Loftus-Cheek this season and has rated the Chelsea midfielder’s chances of making England’s World Cup squad.

Loftus-Cheek is enjoying a consistent run in the team at Stamford Bridge, featuring in all 11 of Chelsea’s Premier League games this season.

The 26-year-old has seen his progress halted by reoccurring injury issues in past seasons but now appears to be over his fitness setbacks and is establishing himself as a key member of Potter’s squad.

Potter has been ‘really impressed’ by Loftus-Cheek ‘on and off the pitch’ and believes his impressive form could earn him a place in England’s squad for the Qatar World Cup.

‘Ruben has really impressed me, on and off the pitch,’ Potter said ahead of Chelsea’s Champions League clash with Red Bull Salzburg on Tuesday night.

‘He is a humble guy who wants to learn and improve. He’s clearly benefitted from more game-time, but the way he has trained is really, really good when he hasn’t played. So that has allowed him to build his fitness up.

‘Clearly, he needs a good fitness level to carry that big body of his around the pitch, but his quality is there. He is fantastic on the ball, great physicality, great athlete.

‘I think he is putting himself in a situation where he will be one of the players Gareth [Southgate] will be looking at as an outsider for the squad. But that is Gareth’s decision.’

Loftus-Cheek, meanwhile, admits it would ‘mean the world’ to be part of England’s upcoming World Cup squad, having also gone to the last tournament in 2018.

‘It would be amazing,’ the former Crystal Palace and Fulham loanee said. ‘It would mean a lot.

‘As a player, after going into the 2018 World Cup, you see your trajectory to go upward and to be at the next World Cup if everything goes well.

‘A lot has happened in between that time, and I am just happy and grateful that I am fit and healthy and playing football now consistently.

‘If I go to the World Cup, it would mean the world, but that is not at the forefront of my mind at the moment.

‘We have some big games coming up that need our full focus. It would be selfish for me to think about my personal aspirations rather than the club at the moment.’

Chelsea are fifth in the Premier League and top of Champions League Group E as they prepare to face RB Salzburg in Austria on Tuesday.

On Chelsea’s clash with Salzburg, Blues boss Potter added: ‘They are a really good side, we saw their quality at Stamford Bridge. We have to fight, match their motivation and intensity and then we have to try to play our football.’