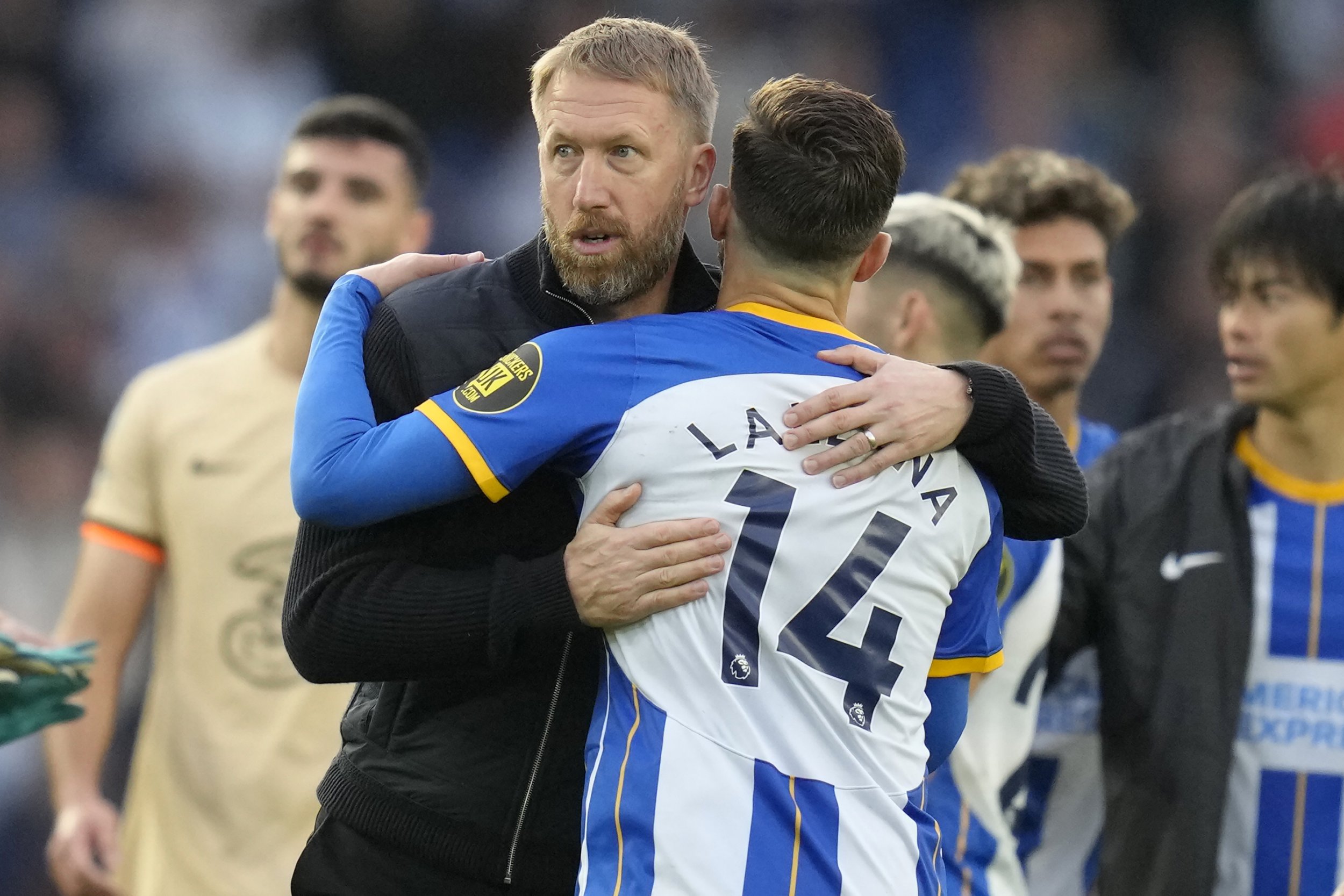 Graham Potter has hit back at Brighton supporters after he was booed at the Amex Stadium during Chelsea’s 4-1 defeat on Saturday.

The 47-year-old endured a miserable first return to his former club as Chelsea found themselves three down by half time after Leandro Trossard’s opener was followed by own goals from Ruben Loftus-Cheek and Trevoh Chalobah.

Kai Havertz pulled a goal back for Chelsea early in the second half but Pascal Gross struck in injury time to complete a deserved victory for Brighton.

Potter, meanwhile, was booed upon his arrival at the stadium and once again as he walked out towards his dugout.

Marc Cucurella, who joined Chelsea from Brighton in the summer, was also subjected to jeers from the home fans every time he touched the ball before he was substituted in the 64th minute.

When asked about the negative reaction he received from Brighton’s supporters, Potter said: ‘I have nothing to apologise or say sorry for.

‘I think I did a good job at the club and left it in a good place but people are entitled to their opinions.

‘It’s part of the process. You have to suffer and feel pain in order to grow and get better.

‘Nobody said we were the finished article. We have to take the pain today and learn from it.’

Potter also admits his Chelsea players failed to recover after such a woeful first-half performance.

‘Yes of course the scoreline and the defeat is a painful one,’ said Potter.

‘We didn’t really recover. Once the crowd were so engaged it was a difficult one for us. The scoreline was painful. Brighton played a good game, especially in the first half.

‘You can always look at goals and think you can do better. We have to take responsibility a bit in the first half.

‘We have had a lot of football but that’s no excuse. We couldn’t quite get to that level. We didn’t take our opportunities in attack and they did.

‘We had some opportunities to attack them too but unfortunately we missed the pass or didn’t execute, then the scoreline was a painful one. When you lose you can always do better.’