Anthony Gordon’s mentality held him back, insists ex-Everton boss Rafa Benitez, who claims the sought-after winger ‘couldn’t run’ for more than 50 minutes in pre-season because of ‘issues with his stamina’

Former Everton manager Rafa Benitez has claimed that Anthony Gordon’s mentality held him back while the Spaniard was in charge at Goodison Park.

Gordon has since become Everton’s main source of goals, scoring 40 per cent of the Toffees’ tally so far this season following Richarlison’s £60milllion exit to Tottenham. 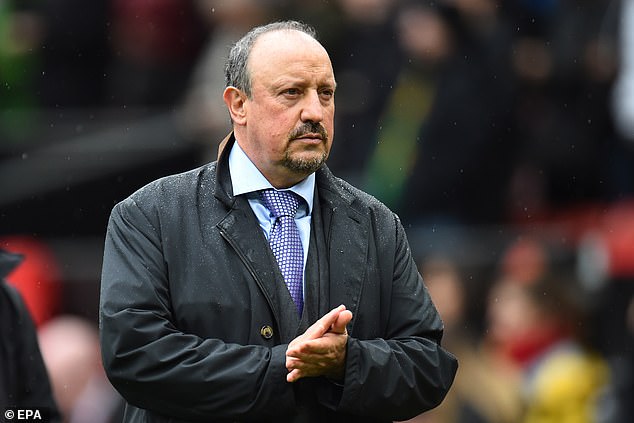 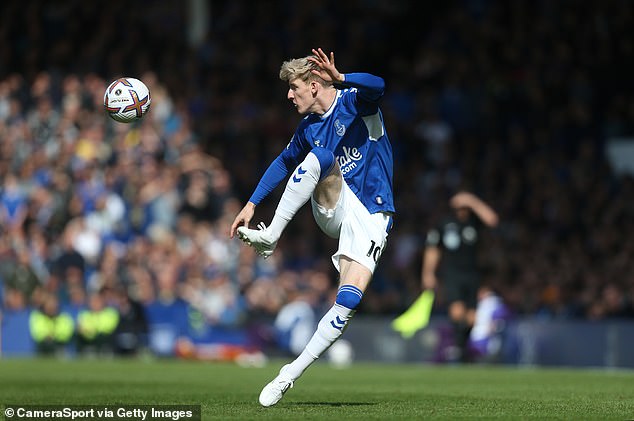 But Benitez has revealed that the winger’s mentality hindered him during his tenure at the club.

Despite viewing Gordon as a future talent, the ex-Liverpool and Real Madrid boss was put off by his concerning work-rate and fitness levels in pre-season.

Benitez told Sky Sports: ‘We played in Miami in pre-season and after 50 minutes he couldn’t run. We knew he was a player with quality on the ball, finishing, passing, with pace – but he couldn’t run.

‘We had that conversation with him after the game, it was hot but a young player should be okay but he had issues with his stamina. 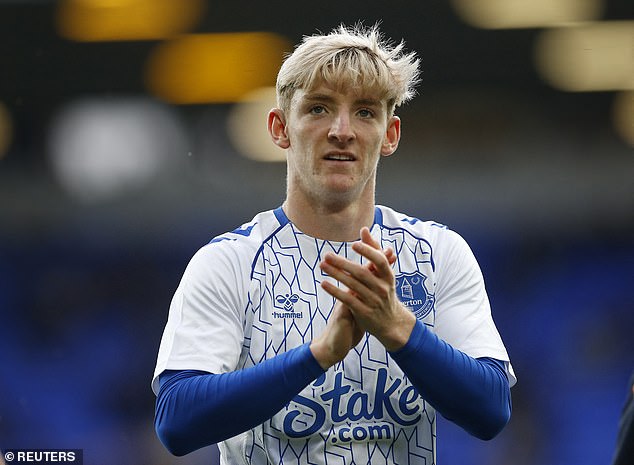 ‘I was talking with the coaches in the academy and my assistants and then he went to Preston on loan. They said we know he has the talent, but maybe not the mentality.

‘The boy told me, when he was in the national team U19s he was one of the best players, but he wasn’t going to the U21s because they didn’t see how hard he worked.

‘He was confident that the way he was training was working. He played 12 games in total with us and he was doing well, I am really pleased to see him progressing. He has to improve some parts of his game – he knows that. 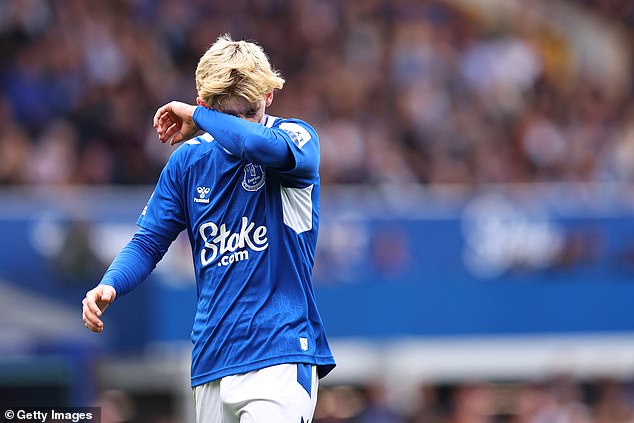 He revealed: ‘We played in Miami in pre-season and after 50 minutes [Gordon] couldn’t run’

‘We were spending time with him, but the main one was to change his mentality, and he was very keen to do it. He was working so hard on the pitch that he was getting better, because he had the potential.’

Despite not scoring, Gordon helped Everton secure their first win of the Premier League campaign with a 1-0 victory against West Ham on Sunday.

The Toffees star attracted plenty of interest this summer from Frank Lampard’s former club Chelsea, who saw several bids rejected up to a reported £60million. 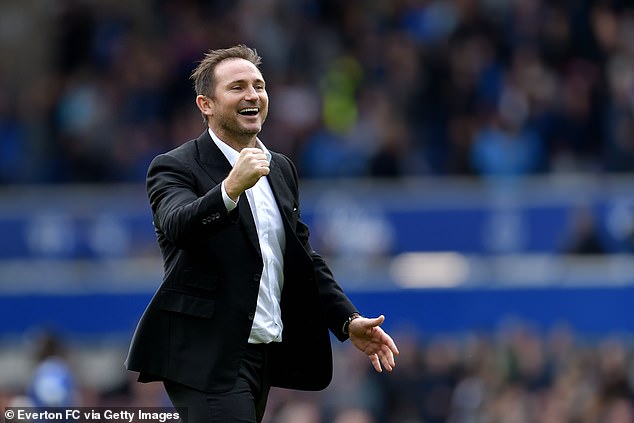 Lampard was not surprised by the Blues’ pursuit on Gordon during the transfer window.

He said: ‘The interest in him is because he is a top player and why we are so keen to keep him.

‘You saw the reasons why (we think so highly of him) in the last two games. He is our player, he has come through he is a very good player and will get better and better.’