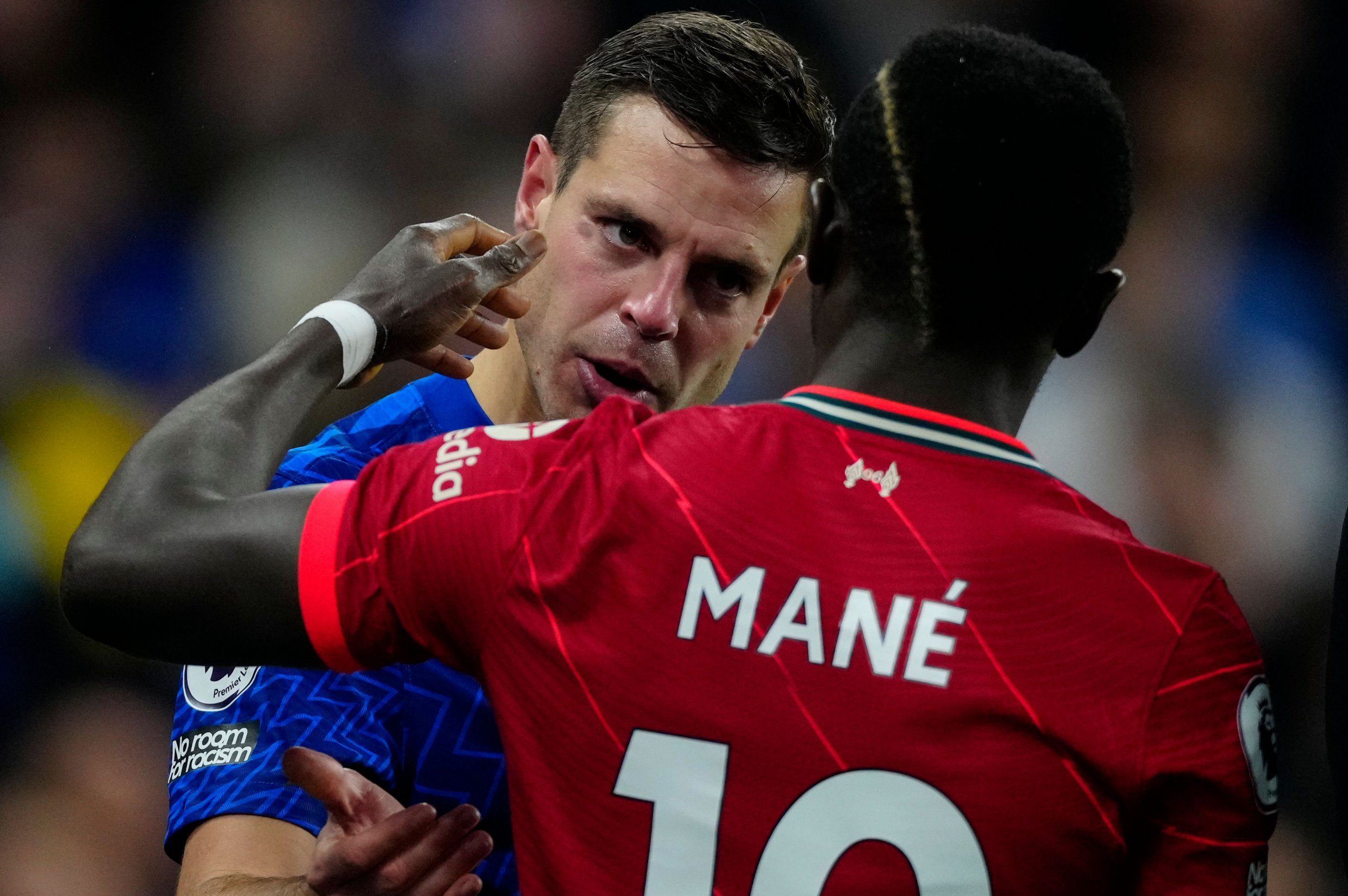 Glenn Hoddle and Michael Owen disagree with Cesar Azpilicueta’s call for Sadio Mane to be sent off during Chelsea’s 2-2 draw with Liverpool on Sunday.

Mane caught Azpilicueta with his arm in a challenge for the ball in the opening minute of the match but was given a yellow card by referee Anthony Taylor.

‘It’s a clear red. I don’t mind if it’s five seconds into the game, it’s the first action and it’s a clear red,’ Azpilicueta said after the game.

‘He doesn’t see the ball, he just wants to lead with the elbow. I honestly don’t understand it.’

But Owen believes Mane’s actions did not warrant a red card.

‘I don’t think it’s violent, it’s quite reckless, but naturally you lead with your arm to jump up.

‘I’m not condoning that challenge, I think it was a poor challenge and he deserved his yellow card but I think it’s a bit extreme asking for a red.’

‘I can understand sometimes when you’re the player it happens to you get carried away in that moment,’ Hoddle said of Azpilicueta’s call for Mane to be sent off.

‘I think if Mane had a little glance first at Azpilicueta, then I’d think it’s preordained. Of you’re thinking of doing something like that early in the game you have a glance to make sure you get it right.

‘But I don’t think he did. For me it’s an accident, it’s a yellow card.

‘If you’re thinking of doing someone, you have a glance and do it with the end of your elbow. I don’t think that’s in Mane’s mind whatsoever.’