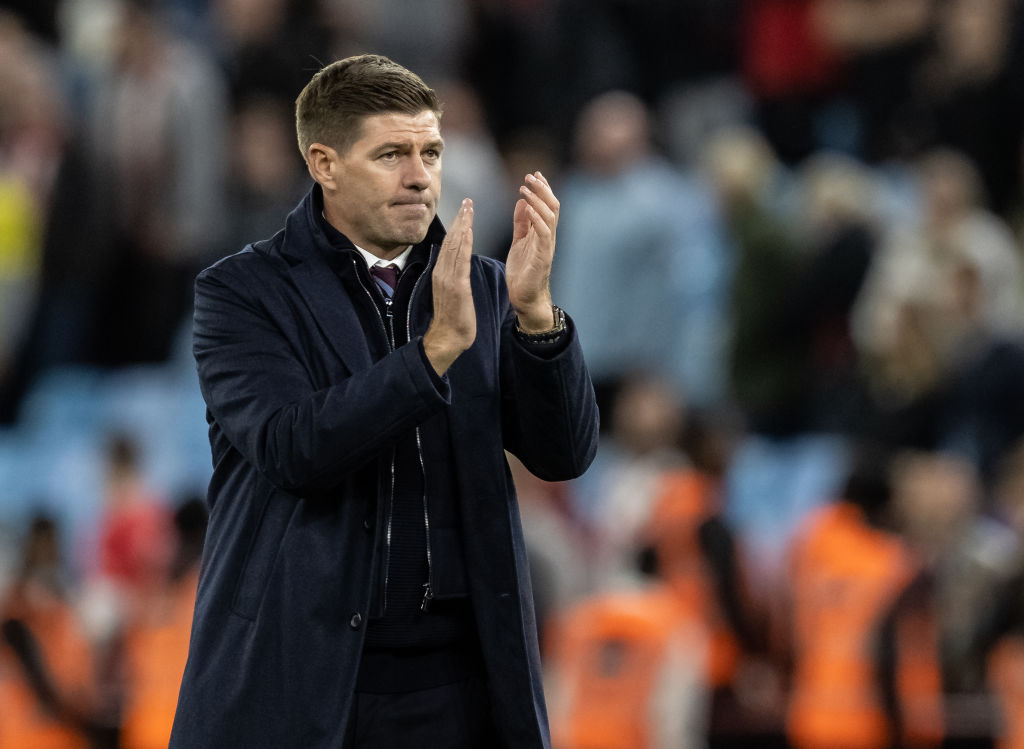 The Prince of Wales, who is a Villa supporter, is mourning the death of Queen Elizabeth II.

A minute’s silence was held at Villa Park to pay tribute to the Queen before a rendition of the national anthem.

Speaking after the match, Gerrard revealed that William got in contact with the club earlier this week, saying: ‘He messaged in the week, to the club, and that shows everything about what he thinks of this club. For us to reward that with a result and clean sheet, I’m sure he will be proud.

‘It was along the lines of “would love to be there”. He is consistently in touch. He is very supportive of the boys individually, he loves them. It’s really impressive, his knowledge, and how much he is in to it.

‘It certainly took me back. He is very much involved in Villa. For him to message in the situation he is in is really impressive.’

It was a vital win for Gerrard and Villa, with the Liverpool legend under pressure following a slow start to the season.

But the victory has seen Villa rise to 13th in the table, now on seven points from their first seven games.

Jacob Ramsey netted the only goal of the game in front of the home fans at Villa Park.

Gerrard added: ‘Where we were before the game, in terms of our league position, it was about the result. It wasn’t pretty or stylish but was all about resilience, guts, character and owning the pitch.’

Southampton boss Ralph Hasenhuttl said: ‘We have seen better games in the Premier League this season. They had the one thing, to score, and we didn’t have one.

‘It was far away from Premier League level, from both sides. We haven’t been good enough on the ball to create anything seriously.

‘It was similar to the Wolves game (a 1-0 defeat) but we didn’t have chances. It was hard to say what it was, after the first two or three duels we were a little bit anxious.

‘For some players they need to adapt to this level and this will take time. This is not surprising. Of both teams we were the worst one.’