The game was held up for more than three-and-a-half minutes after VAR advised referee Michael Oliver to take a look at the pitch-side monitor and rule the goal out for Jacob Ramsey’s foul on Edinson Cavani.

Asked about the decision, the Villa boss said: ‘How long have you got? The officials took three-and-a-half minutes to settle that one. 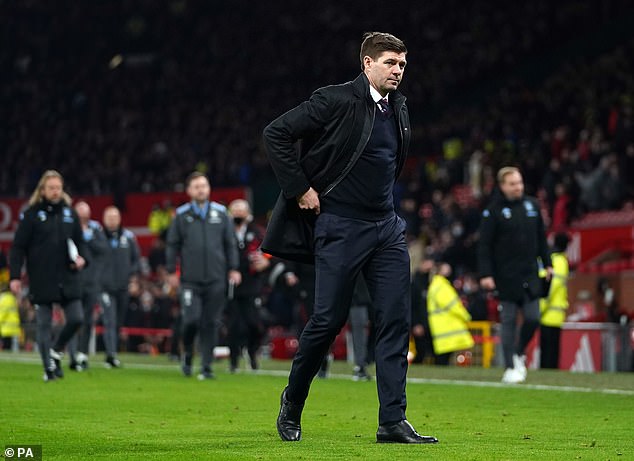 ‘The linesman said it was to do with Jacob impeding Cavani’s run. It wasn’t that complex to need three-and-a-half minutes and it’s disappointing as we were in a good place at the time and that took a bit of sting out of the game.’

BBC pundits Alan Shearer and Micah Richards were both scathing about the decision, not least because not all FA Cup ties have VAR.

Shearer said: ‘We should not be using VAR in this game if we can’t use VAR in every FA Cup game.

‘We were at Hull on Saturday where they should have had two penalties if VAR was there. They got dumped out of the cup partly because of that.’ 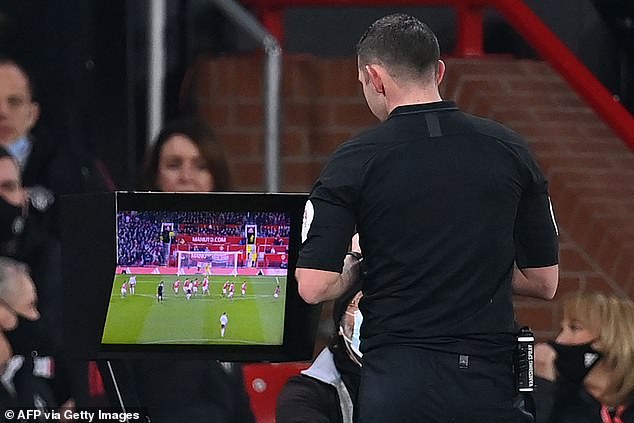 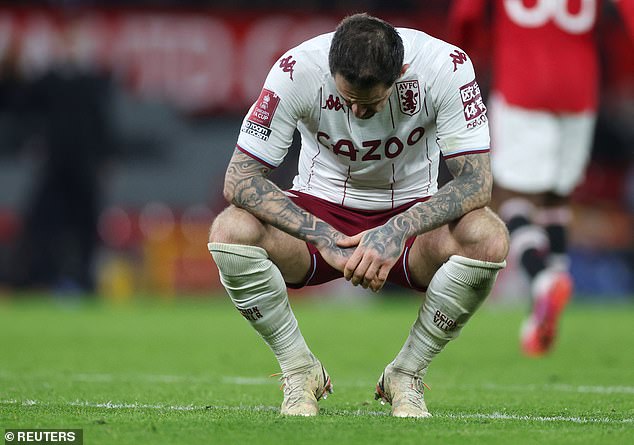 Richards added: ‘We don’t know if Cavani is going to get there. He (Ramsey) didn’t exactly hold him, he was holding his ground. He stepped to the side and Cavani ran into him. It took so long to make a decision – it was just ridiculous.’

Gerrard was verbally abused by United fans but the former Liverpool favourite shrugged it off, saying: ‘I’ve been to noisier stadiums than this. In terms of what I got, it’s water off a duck’s back.’

United will now host Middlesbrough at home in the fourth round after an unconvincing win.

Interim boss Ralf Rangnick said: ‘To say that this was a perfect game, nobody would believe that. Of course it was not.’