Gary Neville insists Liverpool’s title run-in is EASIER than Manchester City’s… because they are playing ‘APPALLING’ Man United and Everton next!

The Reds twice came from behind to draw 2-2 against City at the Etihad Stadium on Sunday in their crucial title showdown, leaving them one point behind the leaders with seven league games each left this season.

Reigning champions City’s remaining matches are widely seen as slightly easier than Liverpool’s, but Neville claimed the awful form of his former club United and Frank Lampard’s Everton meant it was actually Liverpool who have things easier.

He said: ‘In the Premier League we’ve looked at City’s run-in and think ‘that’s an easier run-in’. But actually that’s because historically we’re looking at a Merseyside derby and a Manchester United game that ordinarily in any other season would be quite tough.

‘Those two teams, to be honest with you, are appalling at this moment in time so they could be easier than any of the teams City have got. Watford are fighting for their lives, Leeds still have to win games, Newcastle…

‘Before the game we looked at that Liverpool run-in and thought, other than Tottenham, the rest of them are (not too bad)… you think it’s a tougher run-in but it’s not’. 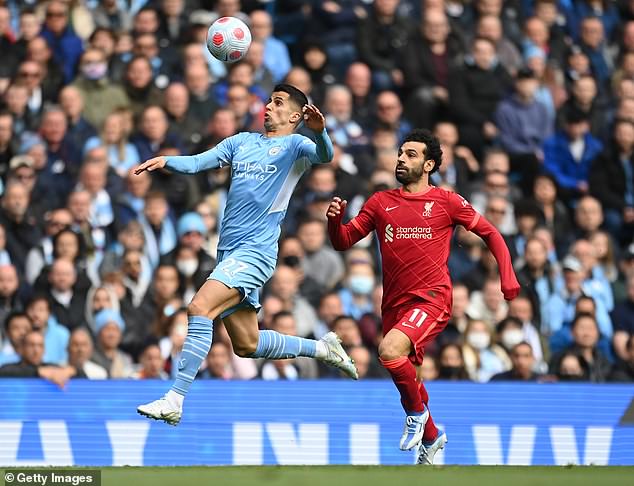 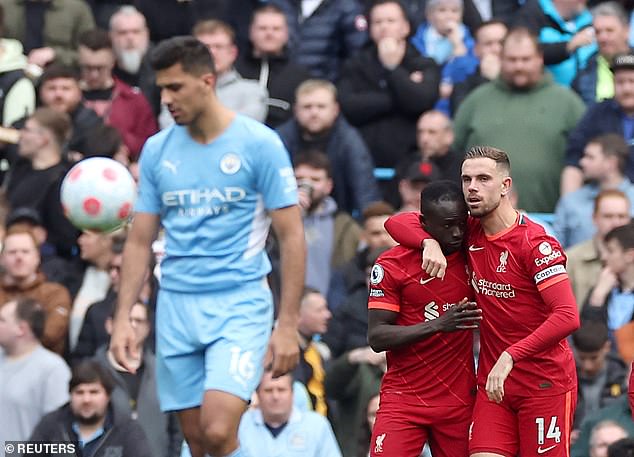 The Reds twice came from behind to draw 2-2 against City at the Etihad on Sunday, leaving them one point behind the leaders in the Premier League title race with seven matches left

Fellow pundit Micah Richards interjected: ‘But it is a tougher run-in though, isn’t it!’

Neville responded: ‘I’d rather play Manchester United at home and Everton (like Liverpool do) than West Ham away (like City do).

And Richards hit back: ‘Man United vs Liverpool is still a massive game, no matter what.

Neville replied: ‘You’re talking about historical performances and historical emotion. Have you watched Manchester United recently, Micah? You cannot bring that into it.’

However, the Manchester United icon concluded he thought City would take the title, saying: ‘Just City, coming off today, just City. But there’s no science behind that’. 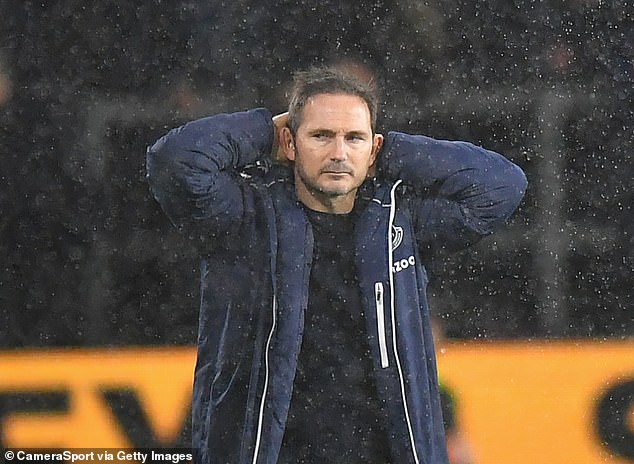 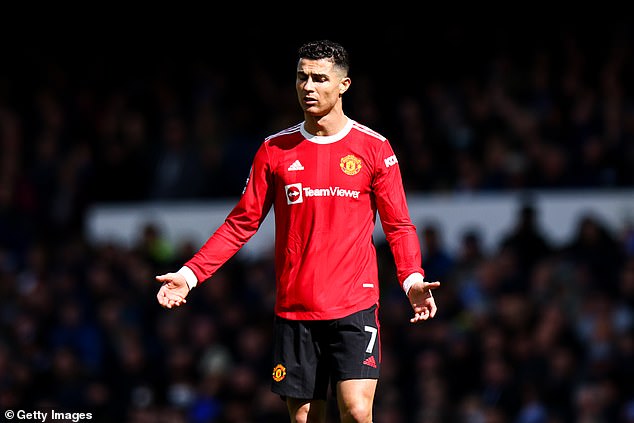 Liverpool’s fierce local rivals Everton, who finished 10th last year under now-Real Madrid manager Carlo Ancelotti, have been hugely disappointing this campaign and are in genuine danger of being relegated.

Lampard’s Toffees side lie four points clear of the relegation zone and Burnley in 18th and before Saturday’s 1-0 win against United had lost six of their last seven league games and were smashed 4-0 in the FA Cup quarter-final by Crystal Palace.

Ralf Rangnick’s United, meanwhile, embroiled in off-field uncertainty about whether Erik ten Hag will take over from the German at the end of the season, have also been struggling of late.

The Red Devils were in the Champions League spots but have now dropped to seventh, even outside the Europa Conference League places, after a dismal performance in their defeat by Everton. 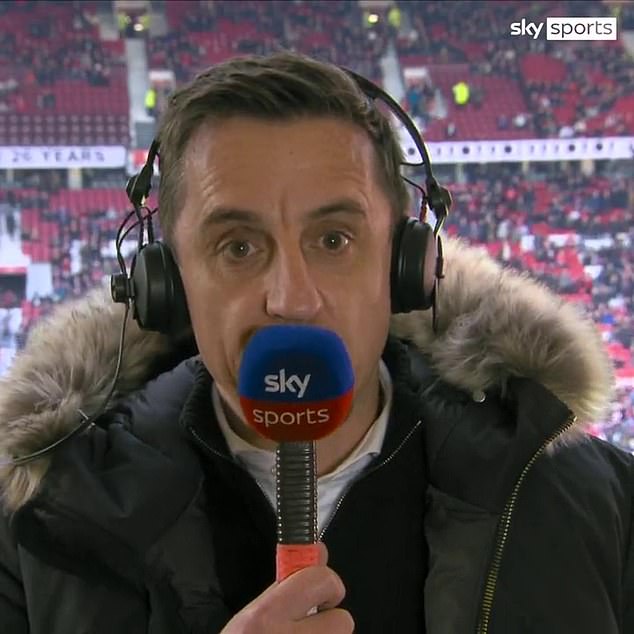 United have just one win in their last seven games, which included exiting the Champions League against Atletico Madrid, a home draw against relegation-threatened Watford and being thrashed 4-1 by rivals City.

Club stalwart Neville continued to say both sides were ‘exceptional’ and showed real courage in their thrilling clash at the weekend.

He added: ‘Well done to Liverpool as City were exceptional in the first half. There was quality but it was frantic at times. You could see at the end when they were bringing each other down, they were panicking a little bit thinking about the counter-attack.

‘Bu they are exceptional teams. What I admire most about them is from a defensive point of view. I don’t know how they do it. They push high up the pitch with 10 minutes to go.

‘The nerve to do that against the best in the world with the best passers and best runners is unbelievable.’