Gary Lineker has led the tributes to 1966 World Cup winner George Cohen following his passing at the age of 83.

The hard-tackling full-back was a key member of England’s team under Sir Alf Ramsey as they triumphed against West Germany in the final, which remains the Three Lions’ only major tournament triumph.

His death was confirmed on Friday morning, and Lineker believes Cohen’s place in English football history has been secured after his historic achievement 56 years ago. 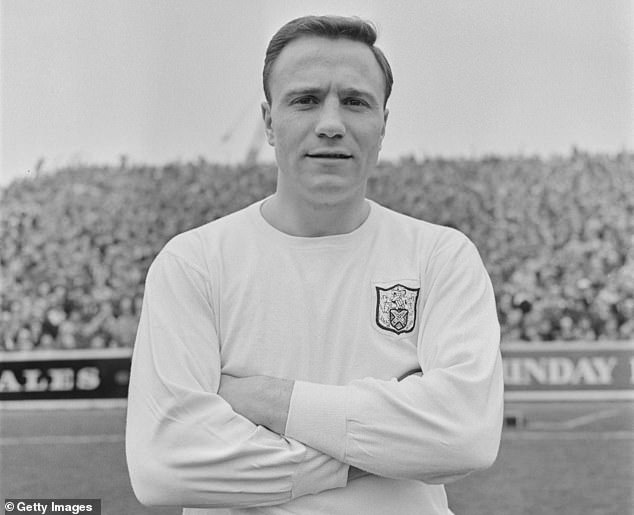 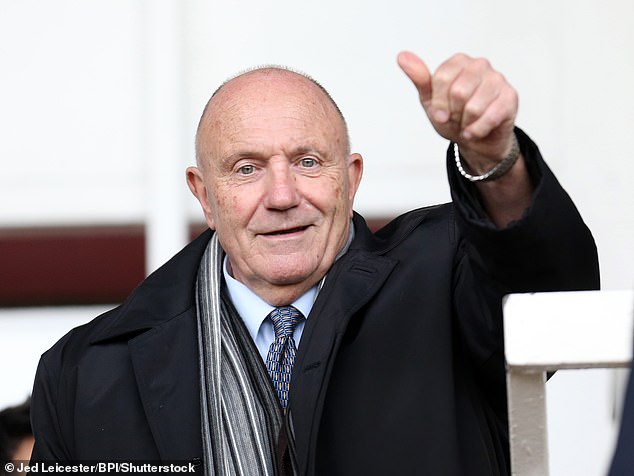 ‘Sorry to hear that George Cohen has died. Another of the heroes of the ‘66 World Cup winning team leaves us. He’ll always have footballing immortality. RIP George,’ Lineker wrote on Twitter.

The FA also issued a statement as they remembered Cohen fondly.

‘We are very sad to hear the news of George Cohen’s death today.

‘George won 37 caps for England and was vice-captain of our World Cup winning team. 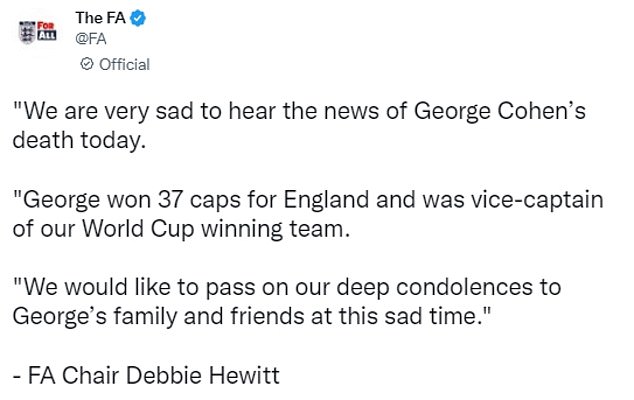 ‘We would like to pass on our deep condolences to George’s family and friends at this sad time,’ FA chair Debbie Hewitt wrote on behalf of the governing body.

The 1966 final is remembered for Sir Geoff Hurst’s hat-trick. He was the only man to score three goals in a final until France’s Kylian Mbappe matched his feat on Sunday.

Hurst hailed Cohen as a ‘lovely man’ following news of his passing.

‘Very sad to hear my friend and @England teammate George Cohen has died. Everyone, without exception, always said that George was such a lovely man. He will be sadly missed, my heartfelt thoughts are with George’s wife Daphne and his family,’ Hurst wrote on social media.

Cohen was a one-club man, making 459 appearances across 13 years for the Cottagers. The west London club took to Twitter on Friday morning to pay an emotional tribute to Cohen.

‘Everyone at Fulham Football Club is deeply saddened to learn of the passing of one of our greatest ever players – and gentlemen – George Cohen MBE,’ they wrote.

Their statement read: ‘West Ham United is saddened by the passing of one of England’s World Cup winning heroes of 1966, George Cohen. Rest in peace, George.’