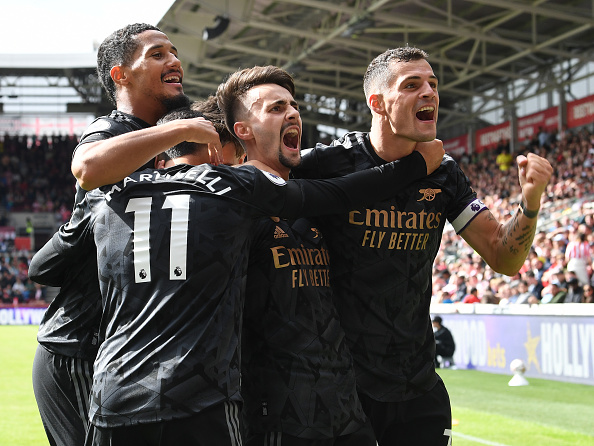 Gabriel Magalhaes couldn’t resist taunting Ivan Toney after Arsenal beat Brentford to return to the top of the Premier League.

The Gunners clinched their sixth win from seven top-flight games this season after clinching a routine 3-0 victory in west London.

The impressive William Saliba scored his second goal of the season to put the visitors ahead, before £50m summer signing Gabriel Jesus continued his fine form with Arsenal’s second.

Toney clearly enjoyed Brentford’s opening-day win over Arsenal in August 2021, taking to social media after the match to say: ‘Nice kick about with the boys.’

But Brentford were outplayed by Mikel Arteta’s Arsenal this time around and Gabriel send the exact same tweet out to his followers.