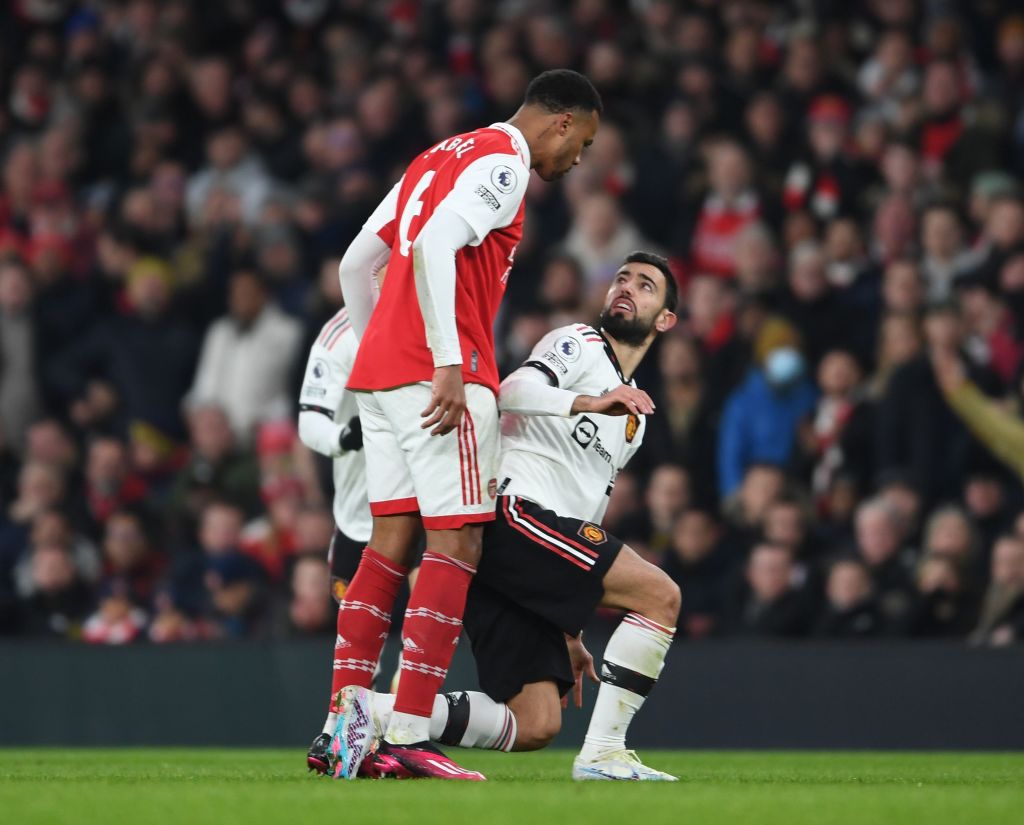 The Gunners strengthened their bid to win the Premier League title by defeating United at the Emirates to go five points clear of champions Manchester City with a game in hand.

The 25-year-old Brazilian centre-back took to social media following the victory to post a picture of himself standing over and confronting Fernandes.

‘YESSS… There’s no victory without a fight,’ he wrote on Instagram. ‘Come on you gunners. Thank God.’

Gabriel has featured in all 19 of Arsenal’s Premier League games so far this term, with Mikel Arteta’s team losing just once in the top-flight.

He has made a total of 96 appearances for the north London club since he joined the Gunners from French side Lille in 2020.

Arsenal, meanwhile, have not registered a top-four finish since the 2015–16 season but have a huge opportunity to win their first Premier League title since 2004.

Bukayo Saka – who scored in the 3-2 win over United on Sunday – feels that the Gunners need to ‘stay humble’ as they look to lift the top-flight trophy in May.

‘It’s something we can be proud of (Arsenal’s best start to a Premier League season) but we have to stay humble,’ Saka told Sky Sports.

‘It’s only halfway through the season and things can change very quickly.

‘But if we keep playing like we have then we’ll be in a good place at the end of the season, we just have to keep it up.

‘You can see how much it (the win over United) means to everyone. They’re the only team that have beaten us this season so we really wanted to beat them for the fans.

‘We know how important this win is for us. It wasn’t easy and it definitely wasn’t our best start to the game but we showed a lot of character to come back and get the win.’