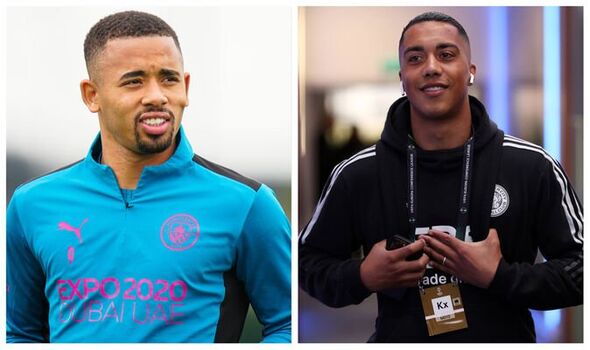 Youri Tielemans and Gabriel Jesus are taking contrasting views on Arsenal’s failure to qualify for the Champions League amid speculation that both players could join the Gunners this summer, according to reports. Mikel Arteta is expected to be one of the Premier League’s biggest-spending coaches this summer despite his side losing their battle for fourth place to North London rivals Tottenham.

Arsenal have made signing a midfielder and a striker priorities ahead of next season. Leicester ace Tielemans and Manchester City star Jesus are two of the names being linked with moves to the Emirates Stadium.

But acquiring both could prove difficult after Arsenal lost grip on their place in the top four towards the end of the campaign. Dismal defeats by Spurs and Newcastle saw them slip into fifth, while their resurgent local rivals were propelled into next season’s Champions League.

Only qualifying for the Europa League could affect Arteta’s business, with some targets preferring moves to Champions League clubs. Tielemans and Jesus are both understood to harbour hopes of playing in Europe’s elite club competitions.

However, The Athletic claim that Belgian midfielder Tielemans is happy to compromise in his bid to join Arsenal. He apparently no longer considers Champions League football as a necessity.

That stance differs to Jesus, though, who would prefer to remain playing at the level. The Brazilian has been a key player for City in Europe across recent campaigns and started both of the Premier League champions’ semi-final legs against Real Madrid.

But the blockbuster arrival of Erling Haaland could see Jesus relegated to a much less prominent role at the Etihad Stadium. The 25-year-old scored just eight goals in 28 Premier League appearances last term, pressing the need for Pep Guardiola to sign a perennial goalscorer in Haaland.

Arsenal are desperate to buy a new striker after their own woes in front of goal last term. Alexandre Lacazette only bagged four top-flight strikes and will join Lyon when his Gunners contract expires at the end of June.

Despite tying down academy product Eddie Nketiah to a new deal, Arteta has earmarked signing a prolific forward to complete his forward line. Jesus is one target, while the likes of Dominic Calvert-Lewin, Victor Osimhen and the Liverpool-bound Darwin Nunez have all been linked to varying degrees.

Meanwhile, Tielemans’ potential arrival would add quality to an Arsenal midfield that lacked depth last season. Arsenal’s dip in form during the final weeks of the campaign coincided with an injury to Thomas Partey.

Arteta has been backed to complete a busy summer transfer window despite spending around £150m last year. The Spaniard has also signed a new long-term contract with the club.