Chelsea have been warned their future is on the line after the Government ruled out delays to selling the club amid fears Roman Abramovich is reneging on his promise to write off a £1.6 billion ($2.8b) debt.

Ministers believe time is running out on the May 31 licence deadline and are understood to be flatly refusing the prospect of more negotiations allowing Abramovich to claw back funds.

The sanctioned Russian billionaire had promised in a statement when he put the club up for sale at the start of March that he would write off the huge sums that the club still owes him. However, sources close to the government process say Chelsea are now raising the prospect of a restructure of sale terms, which would appear to allow Abramovich to be repaid.

Several British government insiders told London’s Daily Telegraph that it remained ministers’ position that Chelsea would not get approval for the takeover if he received a penny.

Yet under an amended proposal mooted late last week, Chelsea’s parent company, Fordstam Ltd, would pay off loans to offshore Camberley International Investments, which is believed to be linked to Abramovich.

Associates of Abramovich have not confirmed whether he has changed his mind, but it has been suggested he had reservations around the loans being potentially frozen by the Treasury. 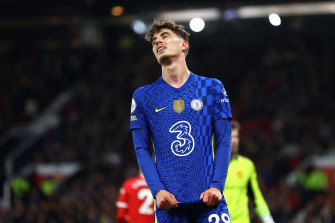 Chelsea’s special licence expires at the end of this month.Credit:Getty

The 11th-hour confusion has heightened the sense of anxiety within the government that negotiators will start running out of time to complete the complex process.

With auditors also needing to check and implement the process of paying billions into a foundation, government figures have raised the prospect of an “existential threat” facing the club.

Downing Street imposed sanctions on Abramovich on March 10, amid Russia’s invasion of Ukraine, claiming to have proved the business magnate’s links to Vladimir Putin. Abramovich then had his licence from the Premier League removed, so he will not be able to be considered as a valid owner when England’s top tier meet on June 8 to constitute the 2022-23 season.

As it stands, Chelsea’s licence to continue operating under a government licence will have expired eight days before then. 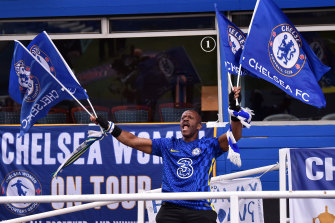 There are fears that a late restructure of the sale process may be an attempt for Abramovich to claw back some of the billions he is owed.Credit:Getty

The feeling within government is that Abramovich’s people had been attempting to force ministers’ hand by raising the prospect of a change of heart over the loan at this late stage. However, multiple people in Whitehall say the loan arrangement remains a red line and there can be no room for further negotiation.

When he put Chelsea up for sale, Abramovich said he would not ask “for any loans to be repaid”.

There was just over £17 million in cash reserves in Chelsea’s parent company during the last set of accounts up to the end of last season, but the loans that Abramovich has pumped in since buying the club in 2003 now total £1.6 billion.

Last season alone, Abramovich injected around £150 million and withdrew around £130 million to end the year loaning the club an overall £19.9 million. 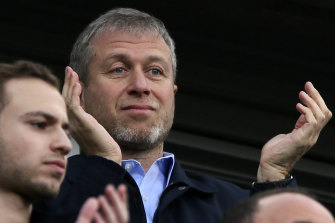 At the start of March, Abramovich promised to write it all off, however, as he said all net proceeds from the sale would be donated to a charitable foundation “for the benefit of all victims of the war in Ukraine”.

“I have always taken decisions with the club’s best interest at heart,” Abramovich said.

“In the current situation, I have therefore taken the decision to sell the club, as I believe this is in the best interest of the club, the fans, the employees, as well as the club’s sponsors and partners. The sale of the club will not be fast-tracked but will follow due process. I will not be asking for any loans to be repaid. This has never been about business nor money for me, but about pure passion for the game and club.”

Despite another day of drama in the takeover saga, Todd Boehly remains on track to complete his purchase, even though Ineos chemicals boss Jim Ratcliffe attempted to position himself to pounce if the American’s deal met a hitch.

A signed purchase agreement will be the first priority for the prospective buyer’s camp after exclusive talks with Chelsea began this week.

Ratcliffe and his team, meanwhile, have spoken to the Chelsea Supporters’ Trust, even though Boehly was last Friday given preferred bidder status to buy the club.

It is understood that Martin Broughton and Stephen Pagliuca have also told members of their consortiums to remain on standby in case the Boehly bid breaks down, but there is no real confidence of that happening.

The Raine Group, the bank in charge of the sale, and Chelsea both expect the deal to remain on course to meet the current deadlines.