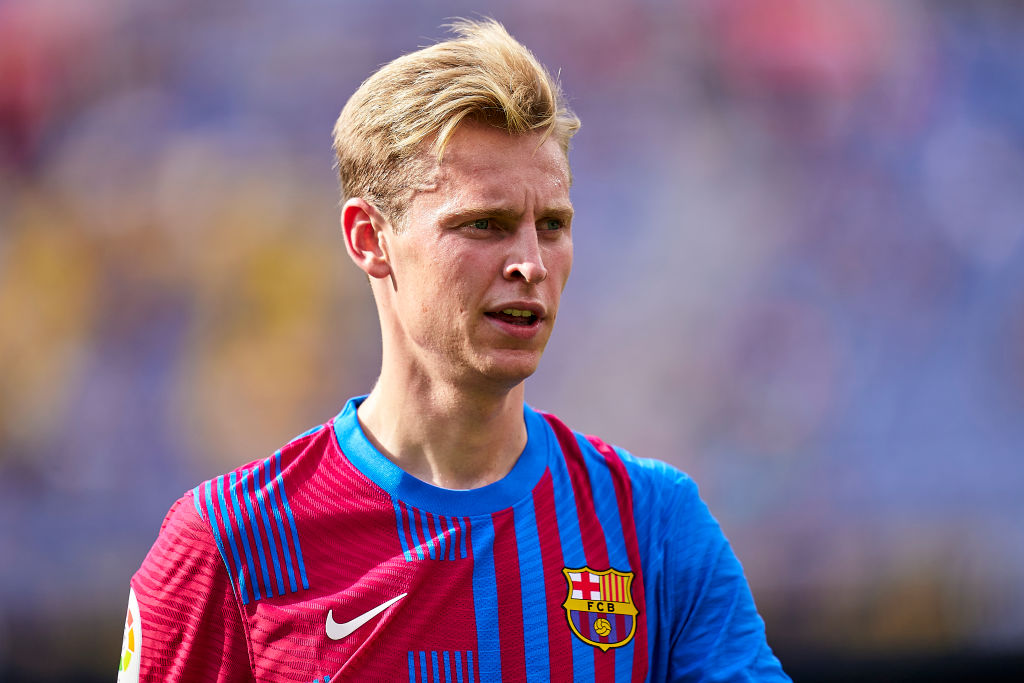 Barcelona star Frenkie de Jong has taken a clear swipe at the club’s board after they agreed a £63million fee with Manchester United for the Dutchman.

The Netherlands international has made it clear that he wants to stay at the Camp Nou, describing Barcelona as his ‘dream club’.

Barcelona – at least publicly – have echoed De Jong’s thoughts by claiming that they want to keep the Dutchman and will not listen to offers for him.

But behind the scenes the Spaniards have been in negotiations with Manchester United for nearly six weeks and last week the two clubs agreed a £63million fee for De Jong.

The transfer, though, remains far from complete as United must convince De Jong to make the move to Old Trafford.

It’s clear that Barcelona want to offload the midfielder, despite their public declarations.

The Catalans have signed Robert Lewandowski, Andreas Christensen, Franck Kessie and Raphinha so far this summer, spending around £92m on the quartet.

That is despite the club’s desperate financial situation, which prompted Barcelona to ask every first-team player to defer salary payments during the pandemic.

De Jong was once of several players to agree to the scheme but he’s owed almost £17m in wages, which he expects to be paid up if he’s to join the Red Devils.

Barcelona, though, are yet to agree to pay the deferred wages but they continue to spend big in the transfer market, with the club now targeting Bernardo Silva and Marcos Alonso.

The saga has been confusing for De Jong, who feels that he is being forced out of his dream club and being made to look like he’s holding Barcelona hostage, when in fact they owe him his wages.

And it’s clear by the Dutchman’s social media activity that he’s unhappy, with De Jong ‘liking’ a comment on Instagram that said: ‘I dislike the way we have handled Frenkie’s situation’.