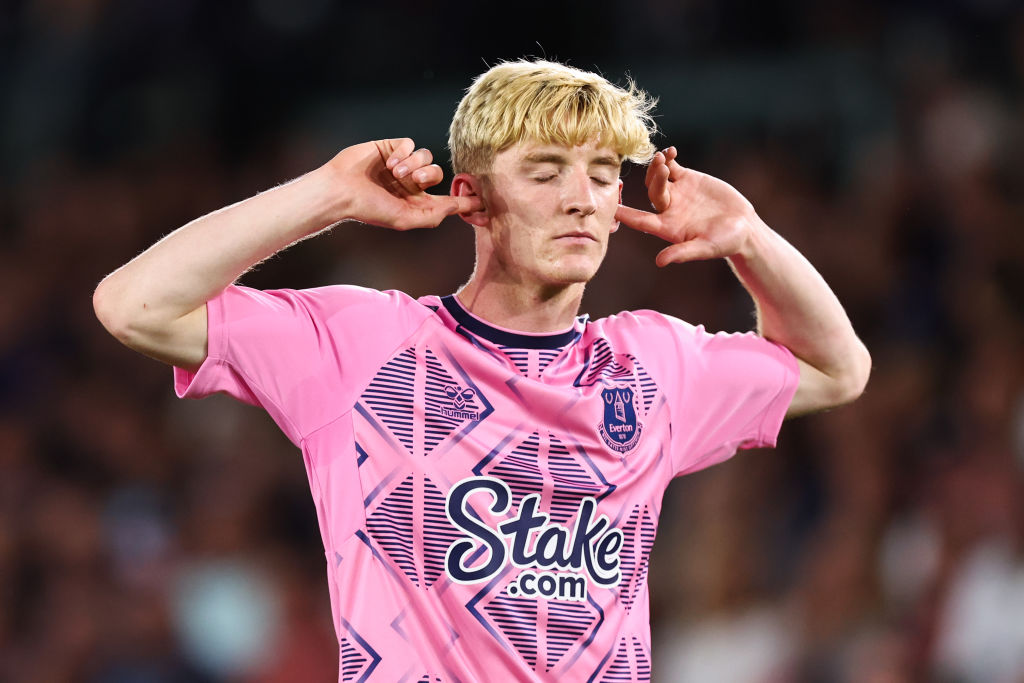 Frank Lampard insists Chelsea have no chance of signing Anthony Gordon before the transfer window closes after insisting the Blues missed a ‘deadline’ for the forward to leave Goodison Park.

The Blues have had one bid rejected for Gordon in the last fortnight, with Everton holding out for around £60m for the forward.

Lampard, for his part, has made it known that he would rather keep Gordon but he understands the player’s desire to move to Stamford Bridge.

However, the Toffees expected Chelsea to follow up their initial bid with an increased offer but the bid never arrived.

The transfer window closes on Thursday night at 11pm, meaning Lampard’s side would have just over a day to secure a replacement for Gordon if he were allowed to leave.

And Lampard says that is no longer an option for the club because a ‘deadline’ has been missed by Chelsea, meaning the forward will stay on Merseyside.

‘Anthony is too important a player,’ said Lampard.

‘He has showed his worth in the last two games, it is too late. He is going to be special. In the bigger picture, he has an affiliation with the fans. It is a process, can we build around that?

‘The interest in him is because he is a top player and why we are so keen to keep him. You saw the reasons why (we think so highly of him) in the last two games. He is our player, he has come through he is a v good player and will get better and better.

‘Adding goals is the next step and the hardest step. He is a special player for me. I am delighted.’

Gordon scored his second goal of the season on Tuesday night during a 1-1 draw with Leeds at Elland Road.

The Toffees are yet to win a game this season, drawing three and losing two of their first five matches.