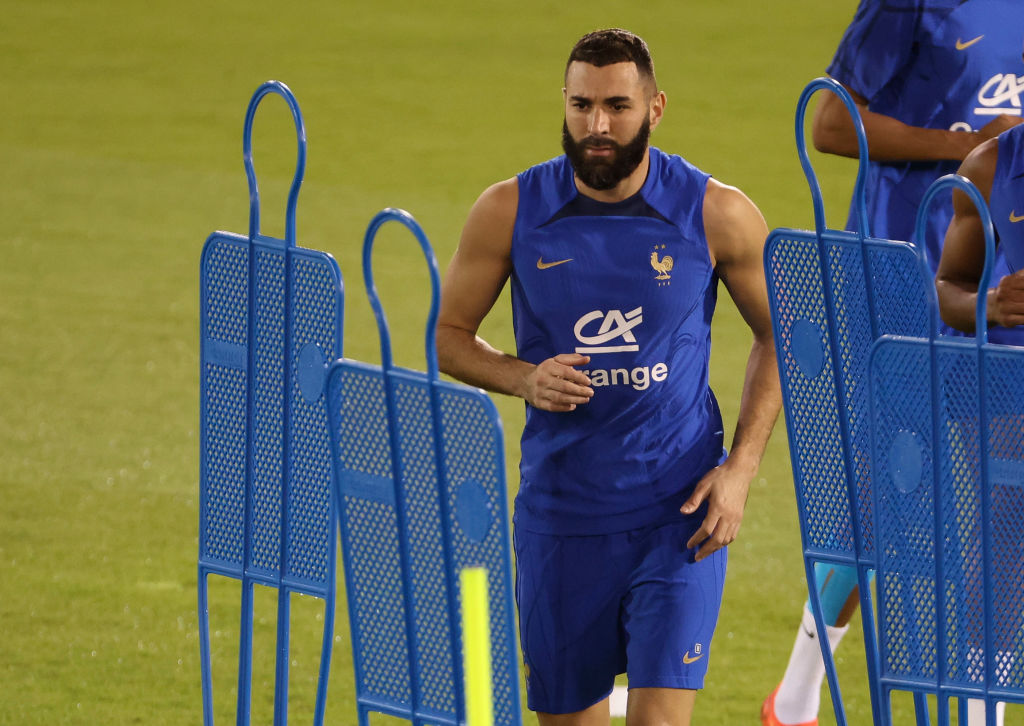 France have confirmed Karim Benzema is ruled out of the World Cup in a huge blow for the defending champions.

On Saturday, the 34-year-old joined his teammates for the first time in training since the squad linked up at their base in Doha having struggled with injury this season.

Benzema was forced to withdraw from the session after feeling pain in his thigh during a sprint, however, quickly undergoing scans to determine the extent of the problem.

France have now confirmed Real Madrid star will have no role to play in Qatar, with the injury set to sideline him for at least three weeks.

‘I am extremely sad for Karim who made this World Cup a major goal,’ Les Blues boss Didier Deschamps said.

‘Despite this new blow for the French team, I have full confidence in my group.

‘We will do everything to meet the huge challenge that awaits us.’

A France FA spokesperson added: ‘He had an MRI scan which unfortunately confirmed a lesion of the thigh muscle, which needs a recovery time of three weeks.’