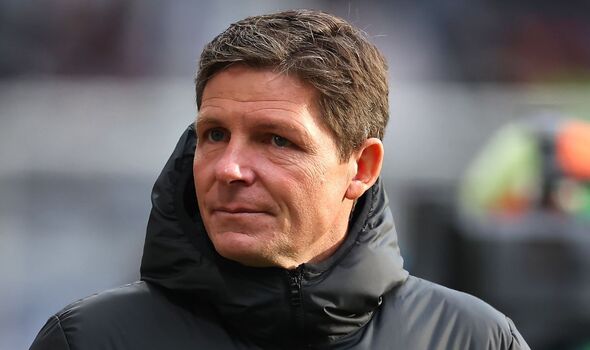 Tottenham look set to explore the appointment of a new manager at the end of the season when Antonio Conte is expected to depart the club and this time around, there is a sense Spurs must truly decide what they really want. Spurs have stagnated under the tutelage of three top-level coaches in Mauricio Pochettino, Jose Mourinho and Conte so a change of direction could be required in order to reignite their dismal project. Express Sport analyses four outside candidates that could actually represent a better appointment than their current boss.

Amorim appeared to have Tottenham’s number in this season’s Champions League following a 2-0 win over Spurs in Portugal and 1-1 draw in London.

Sporting have endured a dip this season after finishing second last term and winning the Primeira Liga title in his first season at the helm in the 2020/21 campaign.

But while results are on the decline, Amorim continues to develop players at an alarming rate while working with restricted finances.

A hands-on, passionate coach who has the ability to improve the team on the training field could be the way forward for Tottenham after wasting millions in the transfer market.

Fans want a manager who can reconnect with the fans following a tedious demise that has left some supporters questioning their love for Tottenham.

Thomas Frank could also help rebuild their connection with supporters – something he has mastered at Brentford.

Some may turn their nose up at the Dane but his work with the Bees has been nothing short of outstanding having fired them to promotion and now the top half of the table.

This could now be the way forward for Tottenham, and it would be a far cry and refreshing change from the current defensive style on show that is not even delivering results.

Glasner has to be one of the most underrated coaches in Europe right now.

His high-flying Eintracht Frankfurt side are now second in the Bundesliga table after winning the Europa League last season.

Furthermore, they are also in the last 16 of the Champions League after sneaking through alongside Tottenham.

Frankfurt are tough competitions and Tottenham know that all too well after only beating them 3-2 in the Champions League as well as drawing 0-0.

Glasner knows how to demand the maximum from his players and sloppiness would not be tolerated in Spurs – something that is currently plaguing their squad.

Postecoglou would bring a winning mentality to the Premier League after winning silverware in Scotland with Celtic and in Asia.

Furthermore, his Celtic side are known for their gung-ho attacking football and there is a real feel-good factor about the place thanks to the work he has carried out.

When he arrived in Glasgow, the Hoops were a depleted force having just surrendered the title to Rangers for No 55.

He has since reasserted Celtic’s dominance and overseen their return to the Champions League.

His charisma, fresh ideas and mentality could prove a great fit for Spurs if they were bold enough to roll the dice.