Chelsea: Tuchel opens up on 'edge' ahead of UCL final

Chelsea could be one of several European clubs to ruthlessly exploit Inter Milan’s financial troubles this summer as the Serie A champions’ owners Suning look to clear their debt. Antonio Conte has now decided to leave the club following several intense meetings with the board this week over the club’s future.

Conte was allegedly told he must raise £70million through player sales to help the club balance the books.

The Italian was understandably incensed as he intended to build on the club’s achievements this season.

Now a host of players could follow him out of the door as the new manager faces a fight to keep hold of the club’s most-prized assets.

With that in mind, here are four players Chelsea could look to sign with Inter Milan braced for offers… 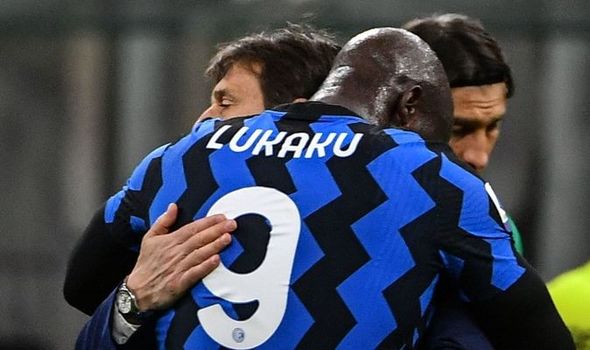 Lukaku came close to re-joining Chelsea from Everton in 2017 before Manchester United pipped their rivals to his signature.

He is thought to be keen on a return to the Premier League one day, where he scored 113 during his time with the Blues, West Brom, Everton and United respectively.

Chelsea are on the lookout for a new striker and Lukaku could be the perfect solution for Thomas Tuchel.

The Belgian’s prolific goalscoring record will be of huge appeal to the Blues.

Similarly to Lukaku, Martinez’s goalscoring record speaks for itself.

Chelsea have already taken a look at the Argentine, who is of a similar mould to compatriot Sergio Aguero.

Martinez is still only 23 so will continue to develop and get better in years to come.

He is likely to be valued at close to £100million but selling Martinez would allow Inter to clear all their debts in one hit.

The Italian fits the bill for Chelsea, who are expected to look at bringing in another central midfielder this summer.

Barella is a ball-playing technician who can dictate games in the middle of the park.

Once again, he’s another player Chelsea have considered in the past before he sealed his move to Inter.

He would represent a significant upgrade on Jorginho and Mateo Kovacic. 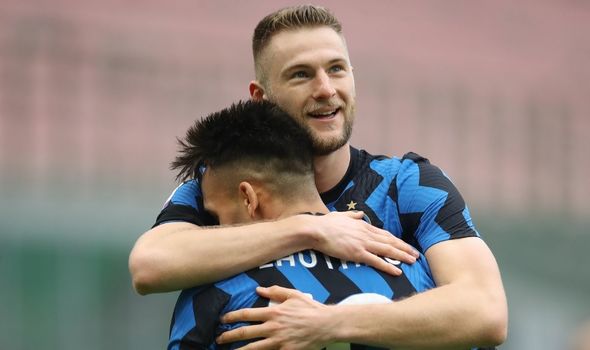 Skriniar is used to marshalling a back-three at Inter, where he has played a similar system to Tuchel’s 3-4-2-1.

The Slovakian international is now 26 and fast approaching the peak of his career.

His deal expires in 2023 meaning his value is set to continue decreasing with every season that goes by.

Manchester City and Tottenham have previously held talks about signing Skriniar but never went ahead with the deal.

Now it could be a hard ask for Inter to fight off interest once again.