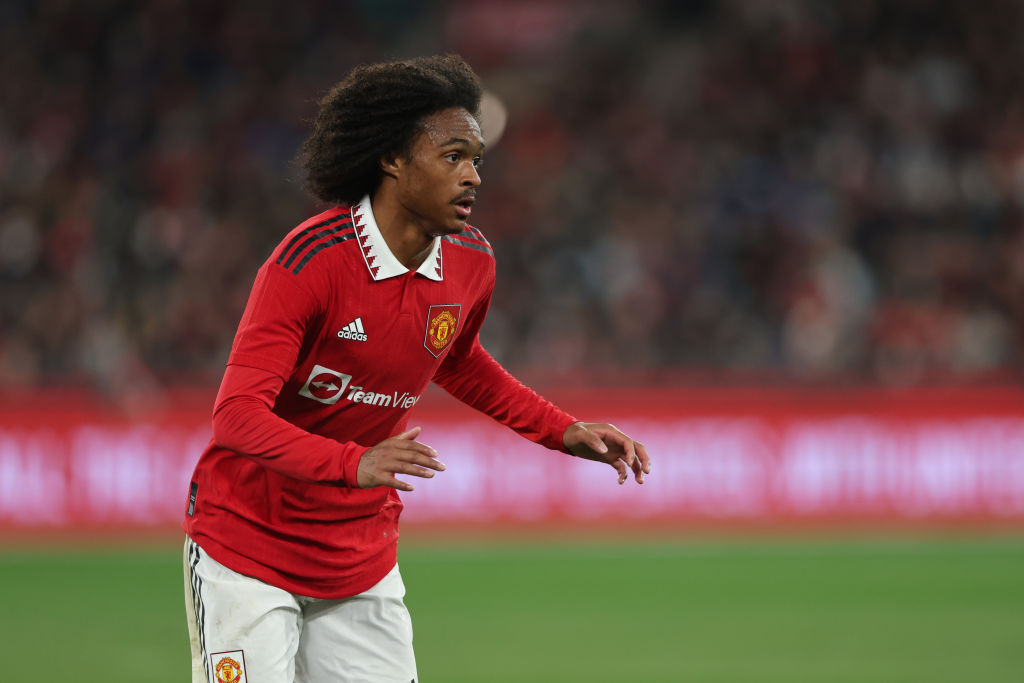 Tahith Chong may have been sold by Manchester United under Erik ten Hag’s management, but the young midfielder is backing the Dutchman for success at Old Trafford.

The 22-year-old was involved in pre-season under Ten Hag, but the new manager was clearly not wowed by him and Chong has since moved to Birmingham City on a permanent deal.

The former Feyenoord player spent last season with the Blues and they were keen to get him back, signing him for a fee believed to be around £1.5m.

Far from holding a grudge against Ten Hag, Chong is complimentary of his compatriot and thinks there are already positive signs of the manager’s impact on the squad at Old Trafford.

‘I think it’s very good, from the last couple of games you see he is trying to bring a structure in – a Dutch kind of structure which is not bad,’ Chong told BirminghamLive. ‘Hopefully they can continue on that path and keep improving.

‘I think he will do well there but it will take time to really implement his structure and what he wants to bring – but I think in time he will. United in the past are used to playing good football, it’s not like they were just kicking it long and hoping for the best.

‘I think they are quite used to seeing good football anyway. I think that’s where he will prove, he will want to win games as well.’

Ten Hag bounced back from an abysmal start to the season which saw the Red Devils lose to Brighton and Brentford, then going on to win four Premier League matches on the spin, including victories over Liverpool and Arsenal.

United are already up to fifth in the table, although their momentum was halted last week when they were beaten at home by Real Sociedad in their first Europa League game of the campaign.