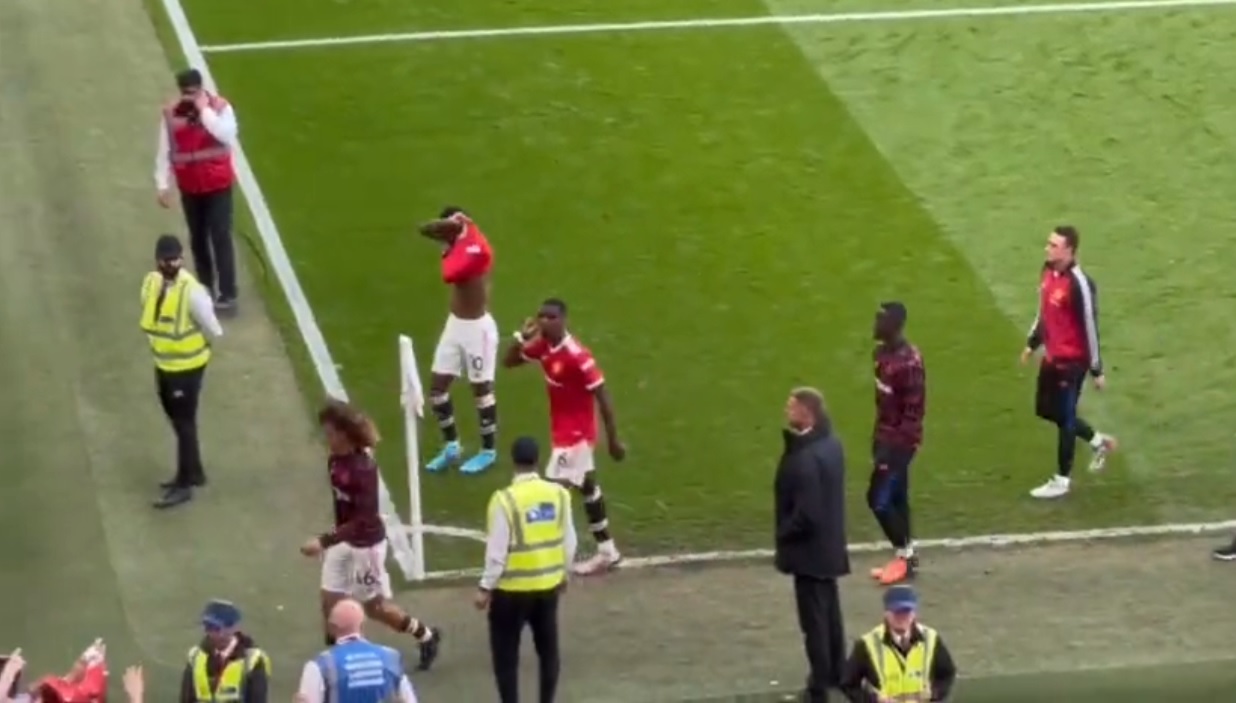 A Cristiano Ronaldo hat-trick sealed United’s win on Saturday, which has given Ralf Rangnick’s side a lifeline in their bid to secure a top-four finish in the Premier League this season.

Pogba, meanwhile, was subjected to abusive chants and booed by some supporters at Old Trafford after he was substituted with 16 minutes remaining in the second half.

As he made his way towards the tunnel after the full-time whistle, Pogba held his hand by his ear towards the direction of the Stretford End, which prompted further abuse from United’s supporters.

When asked about the incident, Rangnick urged United fans not to target individual players.

‘I didn’t hear it myself, to be honest,’ said Rangnick.

Pogba walking off the pitch! pic.twitter.com/BXu51MuGjo

‘But we were talking about it with my staff in my office in the locker room.

‘I think the fans here are amazing, I really do. The support in the stadium today was again great, it couldn’t have been any better.

‘I can understand if that the fans are frustrated and disappointed – so are we. Things have stayed, as far as I know, peaceful all the time.

‘I don’t think it makes sense to take on and to target any individual person or players because it’s a collective responsibility.

‘Even if you look into the past, for me it doesn’t make sense and this is why I will always defend and protect my players.’