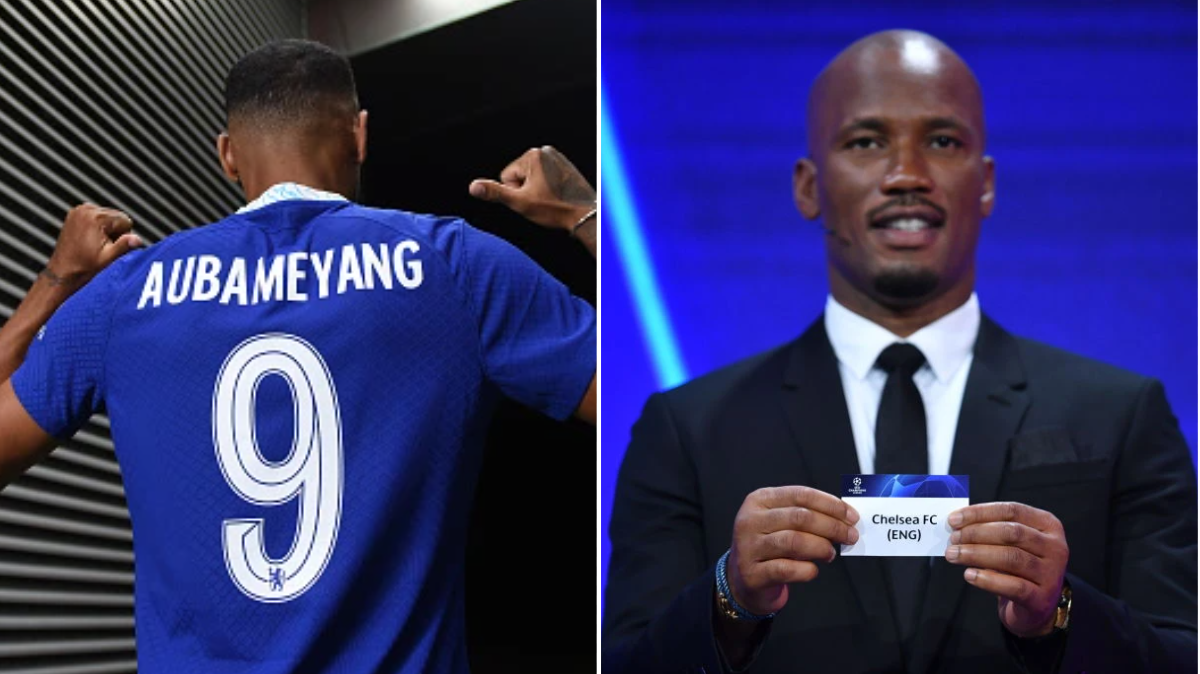 Didier Drogba has revealed his delight at Pierre-Emerick Aubameyang’s decision to leave Barcelona and sign for Chelsea.

The former Arsenal captain was discarded by the Catalan giants just six months after leaving the Gunners in acrimonious fashion following his falling out with Mikel Arteta.

The arrival of Robert Lewandowski, coupled with Barcelona’s perilous financial plight, forced Aubameyang to cut-short his time in La Liga and his much anticipated move to Chelsea was completed on deadline day.

Aubameyang will be reunited with his former Borussia Dortmund coach Thomas Tuchel, whose need for a new centre forward has been highlighted by recent defeats against Leeds and Southampton.

It is not the first time Aubameyang has been coveted by Chelsea, however, with club legend Drogba revealing he had discussed the possibility of a move to west London with the 33-year-old in the past.

He wrote on Twitter: ‘Finally!!!!! Remember the time we spoke about it years ago Happy for you brother.’

Aubameyang is likely to go straight into the Chelsea squad ahead of Saturday’s game against West Ham at Stamford Bridge and the Gabon international cannot wait to get started.

‘It’s an honour to be part of this team and I can’t wait to start. I have some unfinished business with the Premier League so it’s good to be back and really exciting.’

Chelsea chairman Todd Boehly added: ‘Pierre-Emerick is an elite striker with a proven track record in the Premier League and his arrival strengthens our squad, giving us new attacking options.

‘We are thrilled to have Pierre-Emerick on board with us in the new era at Chelsea and we’re really looking forward to working with him.’