Hat-trick hero Ferran Torres has urged Manchester City to make a great season an ‘unforgettable’ one by winning the Champions League.

The Spain international plundered a treble in Friday night’s thrilling 4-3 Premier League victory at Newcastle to send the champions 13 points clear of arch-rivals Manchester United at the top of the table.

City still have two league games to play – Brighton away on Tuesday evening before a final day trip to Everton – but their ultimate focus is the Champions League final showdown with Chelsea on May 29. 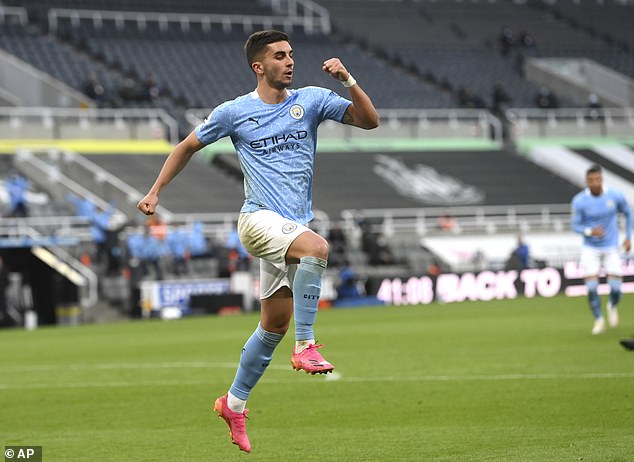 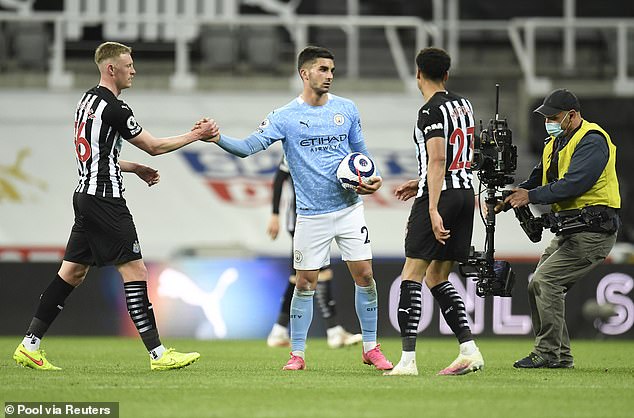 Torres told the club’s official website: ‘The last games of the season should help us to get ready for the final. I think it could be the icing on the cake. We are going to try to do it to wrap up an unforgettable season.’

City boss Pep Guardiola admitted after an incident-packed encounter a St James’ Park that his much-changed side – Ruben Dias, Aymeric Laporte, John Stones, Fernandinho, Benjamin Mendy, Riyad Mahrez and Phil Foden all started on the bench, while Sergio Aguero and the injured Kevin de Bruyne did not even make the matchday squad – could learn from their mistakes on Tyneside.

However, they found a way to win a 12th successive away game – a new record in England’s top four divisions – and that, Torres believes, is testament to their character. 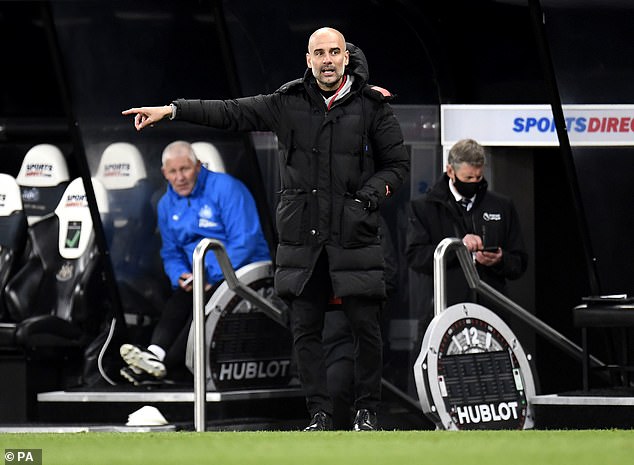 The 21-year-old winger said: ‘We have an amazing squad full of great players and everybody could be in the starting XI.

‘We were losing at the start, but the team managed to react and we did well in the end.

‘When we faced this game, we knew we could make history as the team with most wins away and it was good motivation for us.

‘The key was the team pulled together in the good and the bad moments and that’s why we ended up like that.’ 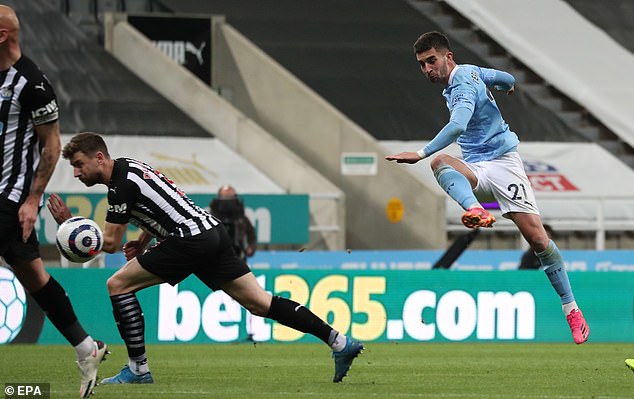 Trailing to Emil Krafth’s 25th-minute header, Joao Cancelo’s deflected strike restored parity before Torres looked to have sent the visitors in ahead at the break with a deft flick from Ilkay Gundogan’s cross until Joelinton dispatched a penalty in the sixth minute of stoppage time.

Joe Willock fired the Magpies back in front, converting the rebound after Scott Carson, making his City debut 10 years after his last Premier League appearance, had saved his spot-kick, but Torres struck twice inside three minutes to win it.

He said: ‘Obviously, I’m very, very happy. It’s been an amazing week for us, qualifying for the Champions League final, winning the Premier League and today I got lucky and I scored a hat-trick.’