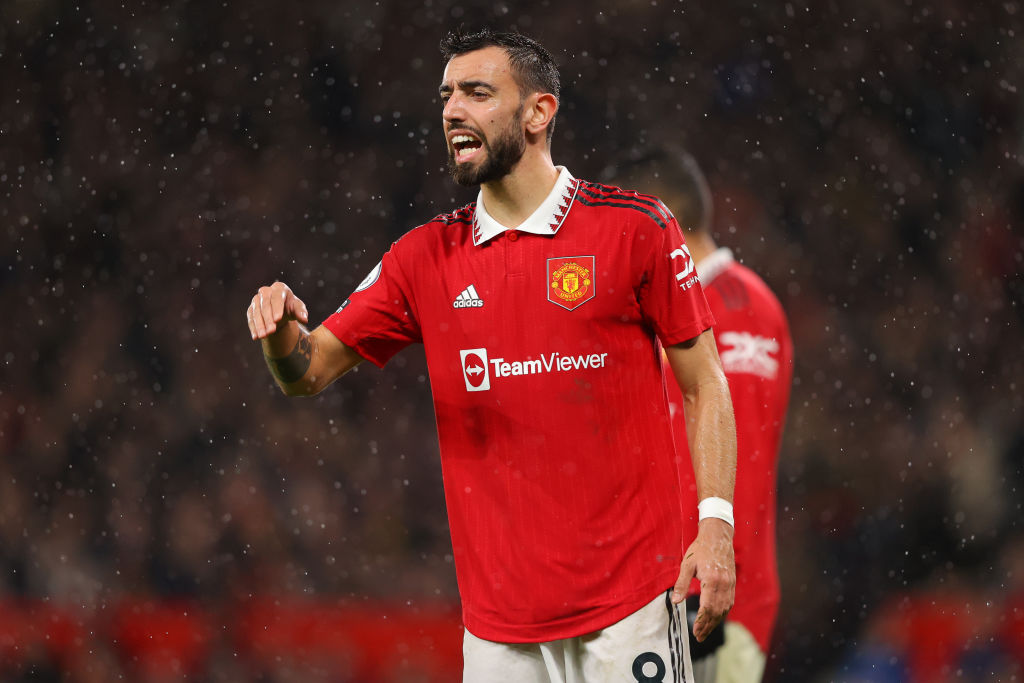 Bruno Fernandes has hit back at the claims he was aiming a dig at former Manchester United teammate Cristiano Ronaldo with his post-match comments on Saturday.

It was a fantastic result for Erik ten Hag’s side who have now won their last nine games in a row across all competitions.

Many have praised the Red Devils for their unity and togetherness in what started off as a very difficult season for the club and Fernandes, who captained United in the derby, also cited this in his post-match interview.

The 28-year-old told BT Sport: ‘[We] used to be individuals, now we are a team. You can see a proper team that works for each other.’

But some interpreted this as also throwing shade at Ronaldo who left the club last month under a cloud having fallen out with Ten Hag and his teammates.

In an explosive interview with Piers Morgan, the legendary forward berated United’s players, though many have accused the 37-year-old of being egotistical and selfish.

But Fernandes, who is good friends with Ronaldo through the Portugal national team, has now strongly denied these claims via social media.

‘I know that it is difficult to see Manchester United doing well, [but I] don’t have anything to [say] about us on the news apart from good things,’ the attacking midfielder posted on his Instagram story.

‘Cristiano was part of our team for half the season and as I said in many interviews, everyone since Liverpool is being amazing and acting like a proper team and you can see the results.

‘Don’t use my name to attack Cristiano. We carry on!’

United have now moved to just six points behind league leaders Arsenal and, should other results go their way, they could even go level on points with the Gunners if they beat them at the Emirates next Sunday.