‘A security guard was having to hold him back from trying to get into the changing room!’: Rio Ferdinand recalls Sir Alex Ferguson’s red mist after being hit by PIZZA following infamous Arsenal clash… but says Cesc Fabregas WASN’T aiming for him

Between 1998 and 2004 Manchester United and Arsenal locked horns in some of the Premier League’s most memorable battles.

One of the most notable of those occasions became known as ‘Pizzagate’, famous in equal measure for Manchester United ending Arsenal’s 49-game unbeaten streak in the league with a 2-0 victory at Old Trafford in October 2004 and the pizza-throwing incident. 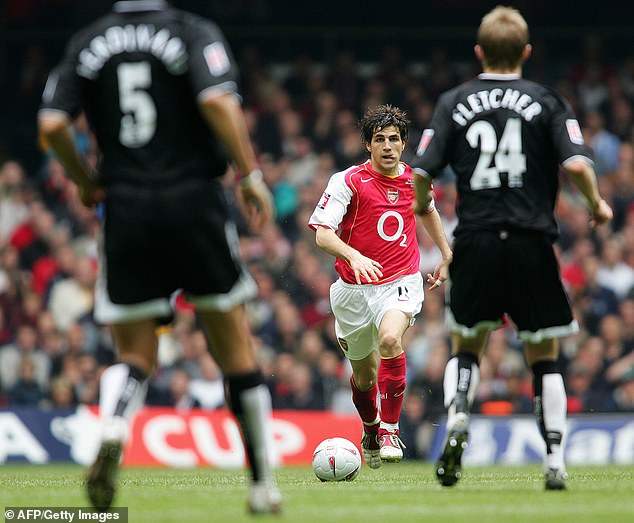 It became known that an Arsenal player, later to be identified as a young Cesc Fabregas, launched a slice of pizza at Sir Alex Ferguson in a melee following the controversial afternoon in Manchester.

One of the players present, Rio Ferdinand, has now suggested that Fabregas did not intend to hit Ferguson with the pizza while also suggesting Manchester City-Liverpool is not a rivalry as it lacks the needle required.

Speaking on his own Vibe with Five podcast, Ferdinand said: ‘I don’t think he ( (Fabregas) meant to throw it at the gaffer, I think he just dashed it out the door and the gaffer was walking past.

‘It did hit him, the lasting memory for me was a security guard was having to hold him back from trying to get into the changing room.

‘That’s what I remember. You know what he’s like, if his head went that was it.’

Ferdinand is then prompted to declare Liverpool and Manchester City ‘not a rivalry’ when the discussion compares it to the fixtures of old between Manchester United and Arsenal.

Stephen Howson, Ferdinand’s co-host, says: ‘This weekend we’ve seen an absolute love-fest between Liverpool and City all cuddling after the game and this, that and the other. Do not tell me this is a rivalry.’

‘It’s not a rivalry,’ Ferdinand then says.

‘The rivalry is not just about the game,’ he adds. ‘It’s everything that goes alongside it.

‘The pantomime that goes into it, the mind games and the managers going back-and-forth…when Gary Neville got punched up, things like that.’ 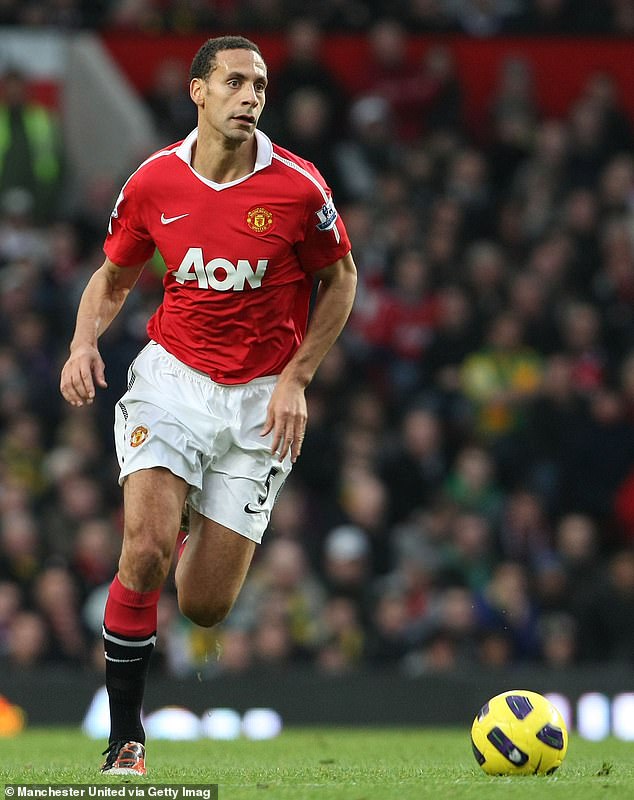 Meanwhile, Ferdinand went on to discuss Manchester United’s problems and was asked when they can realistically next expect to win the league.

He said: ‘I think Manchester United just need to wait until [Jurgen] Klopp and Pep [Guardiola] go but by that time, when they go, have in place the foundations to strike.

‘We just need everything in place for when they go, not before.’