Rio Ferdinand insists he isn’t shocked by Real Madrid’s dramatic Champions League win over Manchester City due to the quality within their ranks.

Real looked destined to be crashing out of the semi-finals when they trailed City 5-3 on aggregate with just minutes left of the second half.

City led 1-0 on the night in the second leg when Riyad Mahrez scored after 73 minutes but Real substitute Rodrygo equalised in the last minute of normal time and headed home one minute later to level the tie at 5-5. 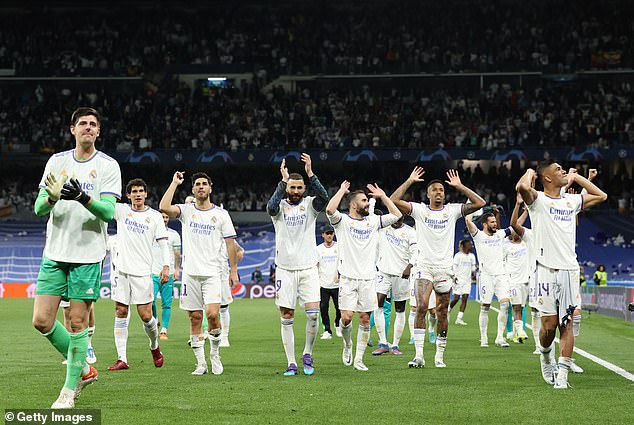 Real Madrid’s quality was ‘never in doubt’ in their win over Manchester City, says Rio Ferdinand 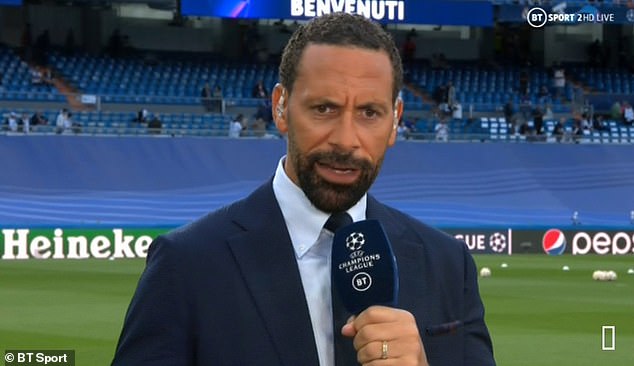 Five minutes into extra-time Karim Benzema converted a penalty awarded for a foul on him by Ruben Dias and Real, the record 13-times European champions, held the shell-shocked English side at bay to reach the final.

It was a comeback of epic proportions but one that Real have been accustomed to this season following pulsating victories over Paris Saint-Germain in the last 16 and Chelsea in the quarter-finals.

And Ferdinand has pointed to that as a reason why he was confident they’d be able to overcome City.

‘They’ve been here, they’ve seen it so many times. These boys look around, trust in each other, and most of all in this crowd. This crowd, man. They pushed this team over the line. Rodrygo and [Eduardo] Camavinga, phenomenal subs.

‘The stadium took the life out of City. You saw the weight of history, the size of the stadium.

‘They never seemed in total control. It wasn’t the convincing City.

‘Real Madrid prove time and time against hey will get chances. I was on edge for City.

‘The character of quality of this Real Madrid team speaks for itself.’