‘This is what we have been waiting for’: Callum Hudson-Odoi hailed by Rio Ferdinand for his performance in Chelsea’s Champions League triumph over Malmo as young winger provides stunning assist for Hakim Ziyech winner

Rio Ferdinand has heaped praise on Callum Hudson-Odoi for his performance against Malmo on Tuesday evening.

Chelsea beat the Swedish side 1-0 in their Champions League clash at the Eleda Stadium on Tuesday night after Hudson-Odoi provided a superb cross for Hakim Ziyech’s goal.

Speaking after the game, Ferdinand said that Hudson-Odoi had finally ‘lived up to expectations’ and that he provided the performance ‘they had all been waiting for’. 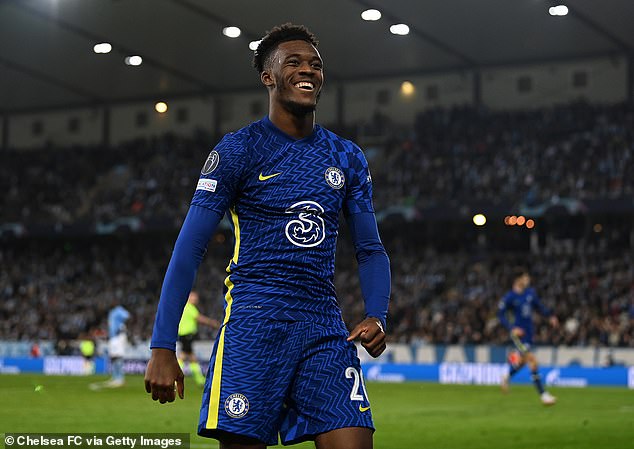 Hudson-Odoi excelled on the right wing against Malmo and played an impressive one-two with Kai Havertz before delivering a low cross for Ziyech’s goal.

Hudson-Odoi’s well executed cross bypassed Ahmedhodzic and Dahlin before landing perfectly in the path of Ziyech at the back post.

As a result of his contribution, Chelsea were able to win their Champions League game 1-0.

The 20-year-old’s assist, coupled with his overall performance, caught the attention of both the fans and the pundits.

Speaking after the game, Ferdinand said: ‘This is what we have been waiting for (from Callum Hudson-Odoi). 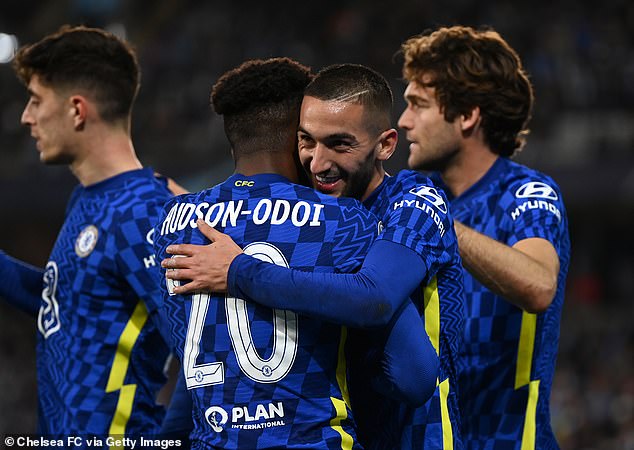 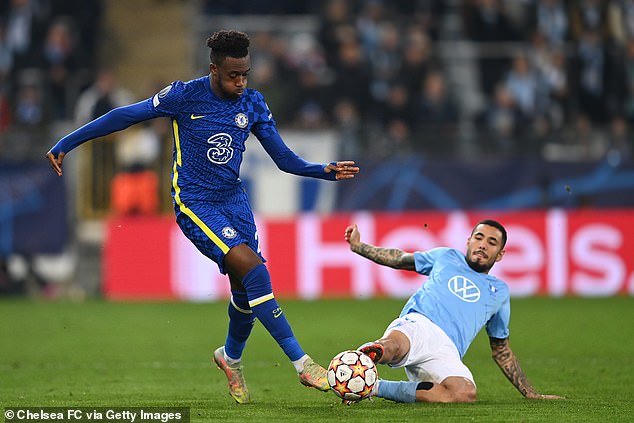 His assist, coupled with his performance, caught the attention of the fans and the pundits

‘We have heard about Callum since he came through the ranks at Chelsea but he hasn’t quite lit it up for Chelsea.

‘But if he keeps doing this he will live up to the hype. However, he has come back from a big Achilles injury so we have to remember that.’

Joe Cole also added: ‘He (Hudson-Odoi) has added more to his game under Tuchel. He is a valuable player for Chelsea.’

Hudson-Odoi had been linked with a summer transfer after struggling for pitch-time under Thomas Tuchel.

The German manager recently admitted he had been unfair on the 20-year-old – having played him as a wing-back. However, he insisted there was room in the Chelsea squad for him.

Speaking ahead of Chelsea’s Champions League clash, Tuchel said Hudson-Odoi could make ‘huge progress’ if he continues to develop at Chelsea. 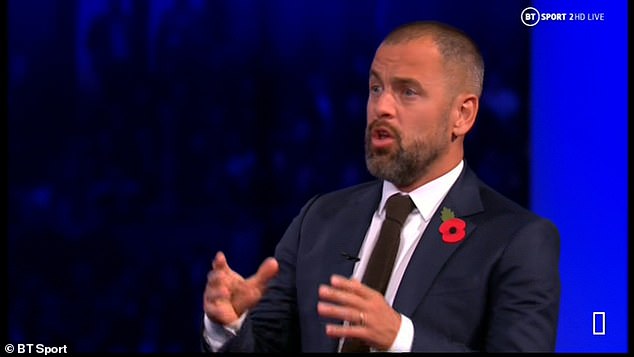 Joe Cole (above) also added: ‘He (Hudson-Odoi) has added more to his game under Tuchel

The German manager said: ‘We’re glad that he stayed. We didn’t let him leave. We built the squad and Callum was a piece of the puzzle. He thought it might be tough to get minutes and that it might be easier at another club. But you can never be sure that it’s like this.

‘I told him straight when he asked that it was not possible. We rely on him and we rely on him to accept his role. There is still huge progress he can make within this group and club.’

Tuchel also praised Hudson-Odoi for his versatility – claiming his ability to play in different positions was valuable to the squad.

‘Was it always fair to play him as a right wing-back? No, maybe not. But he had to take this for the team and he did – and was always positive and showed the right spirit. 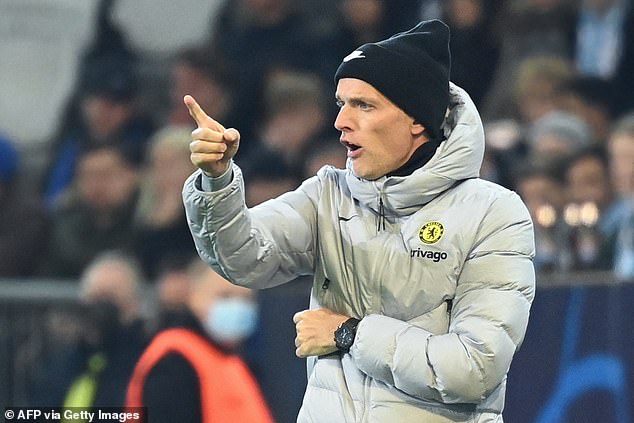 The German manager recently admitted he had been unfair on the 20-year-old – having played him as a wing-back. However, he insisted there was room in the Chelsea squad for him

‘He had a very good pre-season when we saw what he could do on the half-left side. He struggled a bit, in the beginning, to prove that during matches but now we’ve had some injuries, it was needed that he shows up and delivers. This is what he did.

‘Like we always say, to get a place in this team, it’s all about performance and this is what Callum shows at the moment. It’s important he shows consistency, stays hungry, and keeps on going and progressing. ‘At the same time, he has to be aware of what he has do to stay in the team. And it looks good in this moment.’