‘He contributes nothing to this attack’: Fans slam ‘SELFISH’ Kylian Mbappe for ‘ruining a great trio’ as it is revealed that he has provided NO assists for Lionel Messi or Neymar at PSG this season

Fans have ripped into Kylian Mbappe after it was revealed that he is yet to provide an assist for Paris Saint-Germain team-mates Lionel Messi and Neymar this season.

Having won eight of the last 10 titles, PSG are the early leaders in Ligue 1 this season and have taken 22 points from a possible 24 so far.

Their ‘MNM’ attacking trio continue to be one of the most devastating in club football, but it appears that Mbappe is offering less on the creative side this term. 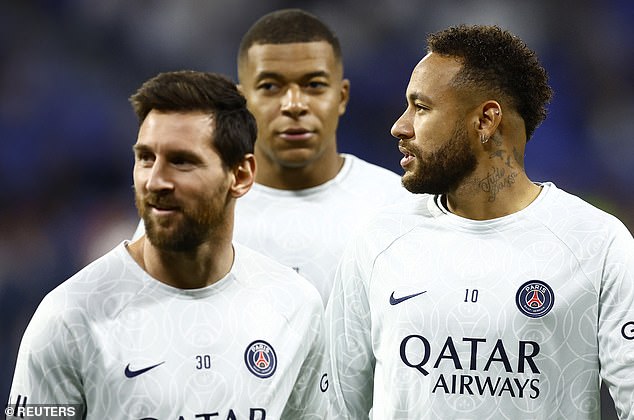 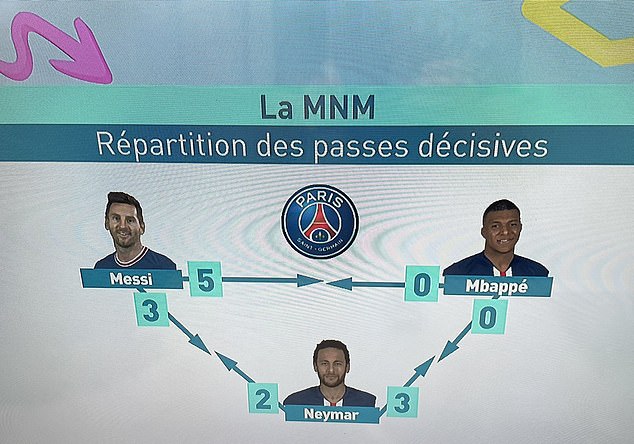 However, a viral graphic shows Kylian Mbappe is offering less on the creative side this season

A graphic has gone viral that shows how many times each player has assisted the other two in all competitions this term.

Messi has set up Mbappe five times and Neymar three times, while the Brazilian international has assisted Mbappe three times and Messi twice.

Mbappe, on the other hand, has been labelled as ‘selfish’ as he has not registered an assist for either of the other two superstars so far.

‘Mbappe contributes nothing to this attack,’ one fan wrote on Twitter. ‘I have been saying this, without Messi and Neymar, Mbappe will be useless at PSG. The stats shows this but I’m always called a hater for saying the bitter obvious truth. Mbappe is so selfish and needs to be fed for him to function well.’ 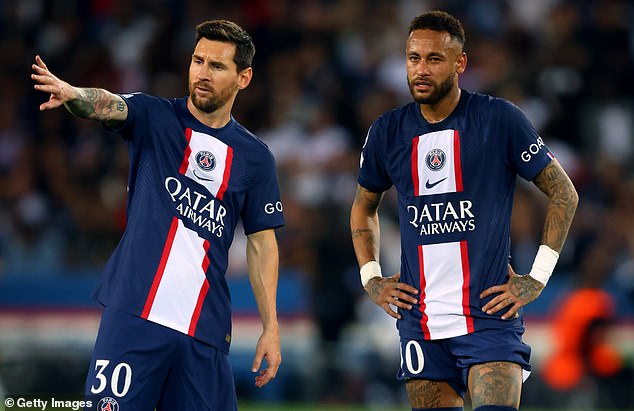 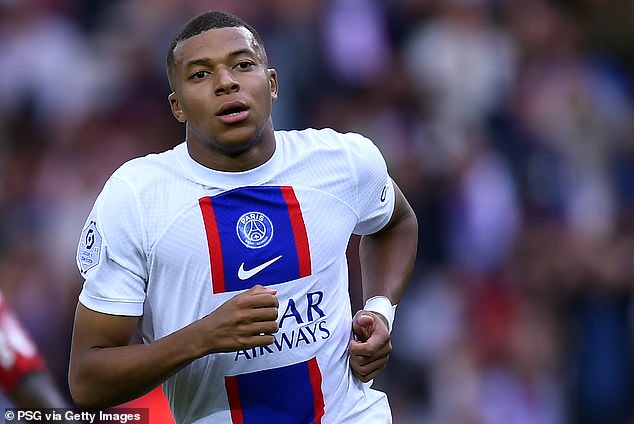 However, the French international is yet to set up either of his fellow superstar forwards

‘Mbappe ruining what could’ve been a great trio,’ a third added, as social media users took turns to criticise the French international.

‘This boy needs to be humbled,’ another supporter wrote.

However, other fans defended Mbappe and suggested that because he plays as the central striker, he is in the PSG team to score goals rather than provide for his team-mates.

‘Not his job to assist them,’ one Twitter user wrote.

Mbappe was the top scorer in Ligue 1 last season with 28 goals and already has seven to his name already this term – second in the division only to Neymar, who has eight.

Nonetheless, the 23-year-old also topped the assists chart in 2021-22 after setting up 17 goals for other PSG stars.

The Parisians won 1-0 against Lyon last weekend, but before the game it was reported that manager Christophe Galtier was considering dropping one of his attacking stars in order to make his defence more solid.

It came after PSG were forced to come from behind as they won 3-1 against Maccabi Haifa in the Champions League in midweek.

‘It’s not so much that the attacking trio didn’t defend much,’ Galtier said in Israel. ‘The team block was low, and the three of them quite high.

‘They wanted to get the ball back as soon as possible, but it gave a lot of space behind their backs.

‘We were really outnumbered in the middle. From the moment Messi, Mbappe and Neymar came back lower, in the team block, we started to counter their balls a lot better.’