Fans have been hailing Manchester United loanee Amad Diallo after his stunning goal for Sunderland in their 4-1 win against Wigan on Thursday.

Diallo capped off a fine evening for the Black Cats in the 89th minute as he played a quick one-two with a team-mate before unleashing a shot from 25 yards out that flew past the goalkeeper and into the bottom corner.

That devastating strike was his sixth goal for Sunderland since joining the club on a season-long loan in August, and fans are already excited about the prospect of Diallo returning to Old Trafford next season, with some believing that he would be an improvement on United’s £85.5m summer signing Antony. 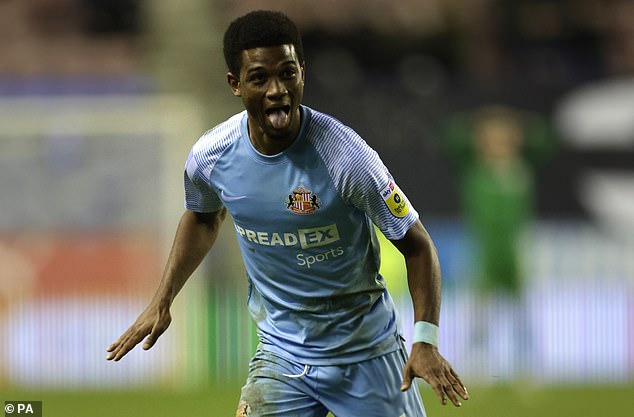 ‘He’s better than Antony,’ one fan claimed on Twitter after Diallo’s goal.

Antony has scored three goals for United thus far, including on his debut against Arsenal in September.

His form has somewhat tailed off since then, though, and he struggled to make his mark at the World Cup for Brazil after falling behind Raphinha in the pecking order.

One supporter seems less concerned by Antony’s lack of impact, and is looking forward to the Brazilian and Diallo pushing each other for the right wing berth in Erik ten Hag’s team next term.

‘Amad what a beautiful goal. Our right wing is sorted for next season. Diallo x Antony,’ they wrote. 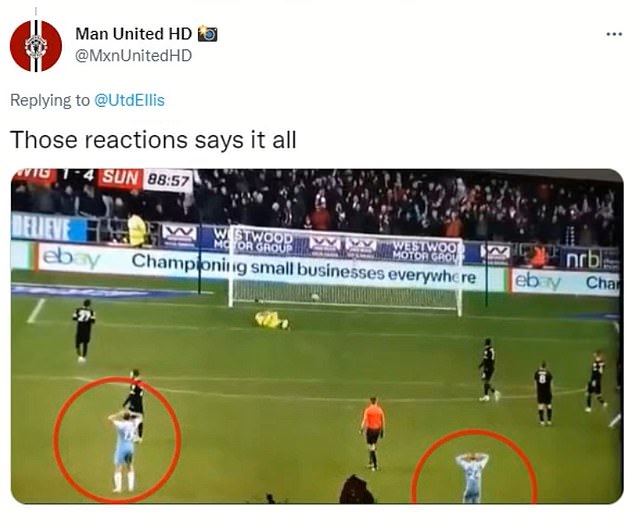 Diallo’s wondergoal even appeared to surprise his team-mates as two Sunderland players were spotted with their hands on their heads in disbelief after watching the ball flash into the net.

One fan spotted it, posting: ‘Those reactions say it all.’

There may be a temptation for United to try and cut Diallo’s loan short to get him back into their squad for the second half of the season, but one supporter feels the 20-year-old is benefitting from his time in the North-East and has suggested that he should see out the campaign at the Stadium of Light.

‘Amad Diallo can definitely be in the #MUFC squad next season,’ they wrote on Twitter.

‘Ripping it up for Sunderland and physically he’ll improve so much on this loan.’

Diallo has hardly had a look-in at United since moving to the club for £37m from Atalanta in January 2021.

One fan is convinced he will come good, though, and has even backed him to become a world-beater in time.

‘I keep telling you. Amad Diallo is going to be one of the best players in the world,’ they insisted.

‘Another good game for #SAFC, topped off with a marvellous goal. Future #MUFC and Côte d’Ivoire star.’