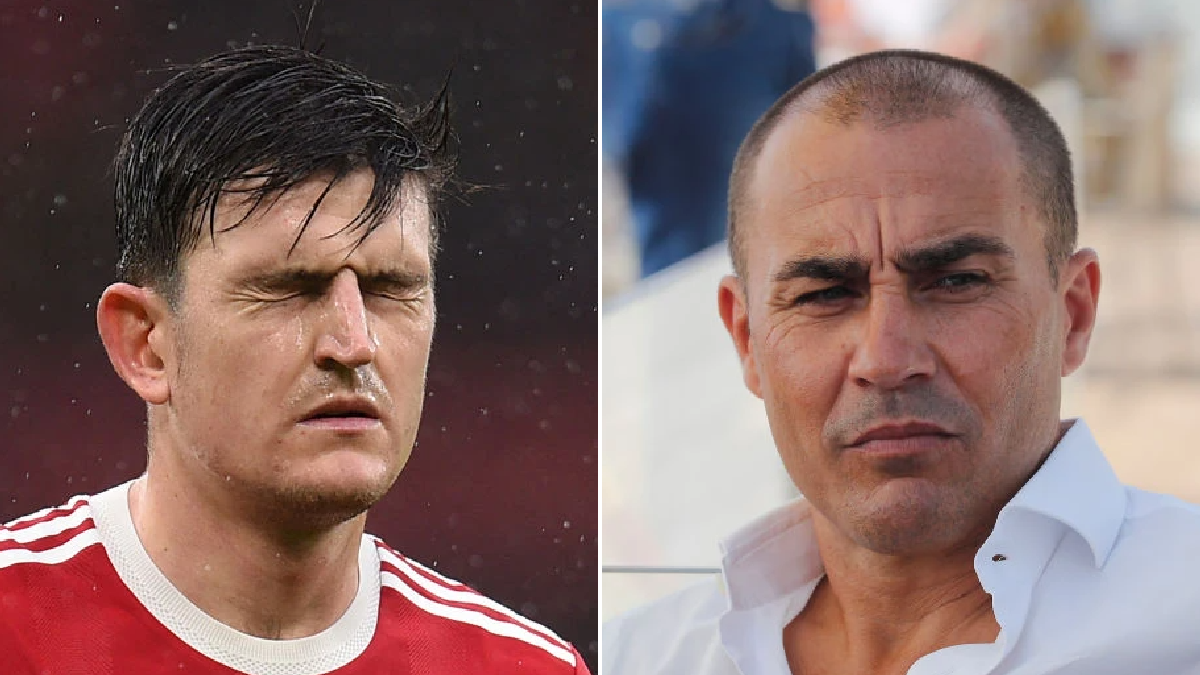 Maguire has had an indifferent season so far after missing three weeks of action following a calf injury he sustained in United’s 1-0 loss to Aston Villa in September.

Since his return last month, the 28-year-old has been criticised for several errors during United’s poor run, which has seen them win just three of their last 10 matches in all competitions.

The former Leicester centre-back was also slammed by Premier League legend Roy Keane for his celebration after scoring for England against Albania on Friday night, with the former United midfielder describing Maguire’s actions as ‘embarrassing.’

While Cannavaro admits that Maguire and Manchester City’s John Stones are England’s best two centre-backs, he believes that they both lack the malice that someone like his Italian compatriot Giorgio Chiellini possesses.

‘Stones and Maguire have shown interesting things in recent years. They can both play football, defend and fear no one,’ he told the Sun.

‘They are good individually and with the rest of the backline. They are points of reference for Manchester City and Man United — and undoubtedly the two best English defenders.

‘When the going gets tough, they take responsibility and are not afraid of trying new things.

‘But Chiellini still embodies the spirit of the Italian defender and that level of concentration needed to stop a striker in a difficult moment.

‘Maguire and Stones play a totally different type of football and may lack a nasty streak at times. Which Giorgio has.’

Despite lacking one important trait, Cannavaro was not surprised that United paid a staggering £80m for Maguire back in 2019.

‘Good players like Maguire will always be worth a lot and we should not be astonished when top clubs invest that amount on talented players,’ he added.

‘Players nowadays rightly cost and earn more money than before because of the finances around the game — and players are the main actors.’