Anthony Gordon struck in the first half to seal the winner as his shot deflected home off United captain Harry Maguire and Everton clung on for all three points thanks to vital saves from Jordan Pickford. 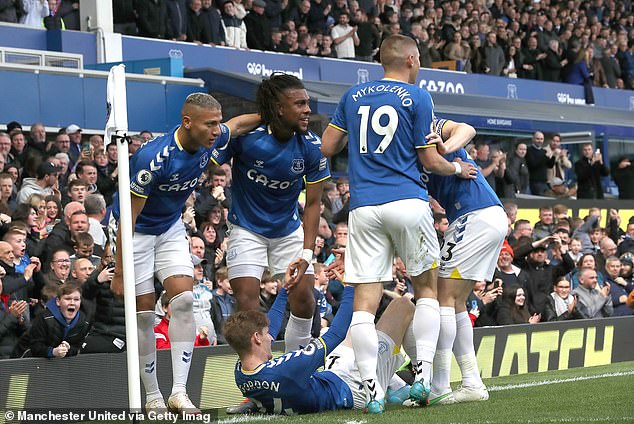 Lescott claimed the performance will ‘send fear’ into the teams that have to make the trip to Goodison for the remainder of the season as the atmosphere could play a key role in Everton’s relegation plight.

‘Massive result, massive performance,’ he told BT Sport. ‘You can just hear what it means to them as a club and as a player.

‘This is what you play for these kind of occasions, these kind of results, and performances. That will send fear to the players and teams that have come to Goodison now.

‘They know they can create this atmosphere for the opposing team, it’s going to be a very difficult place to come between now and the end of the season.’ 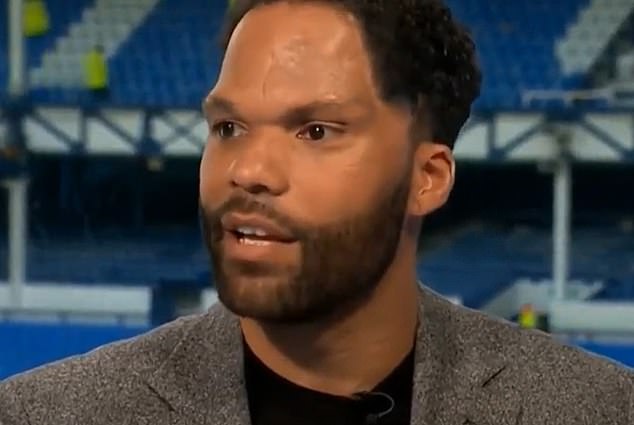 His co-pundit Rio Ferdinand agreed, claiming although it was not ‘sexy’ football, the Toffees showed the grit and determination boss Frank Lampard would want to see.

‘I’ve obviously known Frank for years, I texted him last night, and we was talking about how hard as players it was to come here and the atmosphere they generated,’ Ferdinand said.

‘It wasn’t pretty, it wasn’t sexy football, it wasn’t probably how Frank Lampard sees his team playing eventually but getting through a game like this with the grit and determination, the desire, just being in a stadium like this. 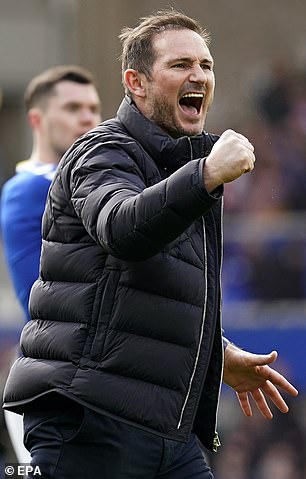 ‘An older stadium with the history that it has got and what can be generated here. I know they have a new stadium coming, but this place is a hard place to come, and these next eight games they’ve got left after this.

‘They need to make this place a fortress, I know half of them are probably here, but they have to make it a fortress and a hard place to come and play.

‘When it’s like this, I don’t care who you are and what big games you’ve played in your career. There is some big players for Manchester United with huge careers, but this is hard football, and they make it ugly. They make you compete. Three points such value, huge result.’

Everton have four home games left in the Premier League, including Chelsea, but face difficult away trips of their own, including a Merseyside derby on the other side of Stanley Park and a visit to the Emirates on the final day of the season.

The fixture was Everton’s third game within a week after a defeat to West Ham last Sunday, followed by another midweek to Burnley.

Lescott insisted that fans helped Everton across the line in their third match of the week as they helped create momentum.

‘That’s where the fans come into play, they would have hoped the fans got behind them,’ he said. 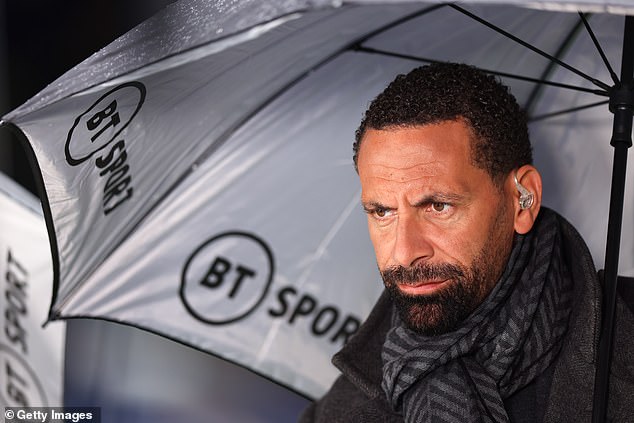 ‘They did that and obviously the momentum of tackles and challenges we’ve seen, changed things here. They got the three points and it was a solid performance from everyone involved.’

Meanwhile, former United defender Ferdinand claimed ability does not matter at this stage of the season but rather character and personality does.

‘I think Frank and his coaching staff as well as the fans would have been questioning characters,’ he added.

‘Forget ability at this stage of the season, when you’re fighting for your lives down there, it’s about character and personality.

‘He would have had question marks going into this game, are these made of the right stuff. Today he got the right answer.’