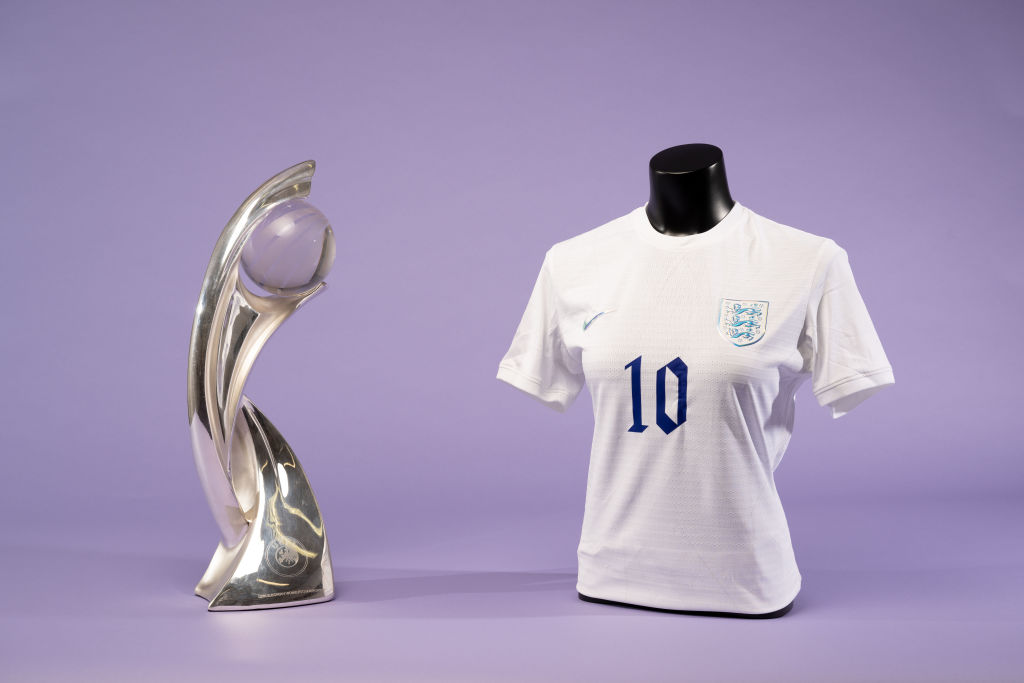 Women’s Euro 2022 is now just hours away, with hosts England set to kick-off the tournament with Wednesday night’s game against Austria at Old Trafford.

It is set to be the most exciting tournament in its history, as the continent’s finest teams battle it out over the next month, with the Three Lionesses aiming to win their first major honour and go one better than their male counterparts last summer.

Metro Sport has provided a guide to everything you need to know about the England team and their chances of bringing football home:

How did they qualify?

Pretty simple this: as the host nation, England automatically qualified for Euro 2022.

It is the third time they have held the tournament after the inaugural championships in 1984, when hosting duties were shared with Sweden and Denmark, and the 2005 edition.

Who is the manager?

Originally, the plan was for Sarina Wiegman to take over the reins from Phil Neville immediately after the Euros, but when the COVID-19 pandemic postponed the tournament by a year that changed, with Neville resigning early to manage David Beckham’s Inter Miami side, and Wiegman officially becoming England boss last September.

A legendary Dutch international, Wiegman spent many years as an assistant coach to various teams before taking the top job with the Netherlands in 2017, leading her country to Euros glory on home soil the same year.

In 2019, the European champions came agonisingly close to becoming World Cup winners as well, losing the final 2-0 to the United States, with the English FA confirming her appointment the following year.

And so far, Wiegman’s England career has been nothing short of sensational, with the side yet to lose under her, picking up 12 wins from 14 games, with 84 goals scored and just three conceded.

What have the England players said about Wiegman?

Wiegman is renowned for two things: Having an incredible eye for detail and coaching an attractive, attacking style-of-play.

‘Since she’s come in you’ve seen a massive change in the style and the way we play,’ Manchester City and England winger Lauren Hemp told The Guardian.

‘She’s always told me to have freedom, express myself, and I think that’s what I’ve needed. She’s been on the winning side, so we’ve got so much trust and confidence in her. She’s telling us what we need to know to ensure that, come the Euros, we’re the best.’

Wiegman’s predecessor Neville also had an attacking-mindset, but his tactics were generally quite rigid and predictable, something that has changed significantly, as evidenced by England’s famous 20-0 demolition of Latvia last Novemeber.

‘Sarina has a thing where the player on the ball is the one who makes the decision, you’re in control,’ Chelsea and England defender Millie Bright said.

‘That’s one thing I’ve really loved about her coming in. You don’t feel pressured to play a certain pass; it’s your decision and the team goes with it. To be able to play like that gives me confidence.’

The manager, in typical Dutch fashion, has proven to be to the point and lacking in sentiment, a trait made very clear when long-time captain Steph Houghton was omitted from the Euros squad having not yet fully recovered from an Achilles injury she suffered back in January.

‘It’s not personal, it’s football and that’s been our mindset change; we’re all very open and honest now,’ Bright added.

‘Sarina takes all the emotion out of it. If you want to go up another level and be in the best football environment, you must have the difficult conversations we’re having.

‘Sarina’s comments are never personal but to me as a footballer. It’s about what’s best for the team, there’s no emotion in it.’

Who are England’s key players?

England’s 23-woman squad is packed full of stars, but Lauren Hemp is probably the most talented, having just picked up a record fourth PFA Young Player of the Year award.

The 21-year-old winger scored 20 and assisted 10 last season and is known for her incredible skill, creativity and chemistry with City teammate Ellen White.

England’s all-time top goal scorer, White will be a leading contender for the Golden Boot having scored 14 goals in 13 games for her country since the start of last year.

Lucy Bronze may not be the most experienced player in the squad, that honour going to the 157-capped midfielder Jill Scott, but she’s arguably the most famous and rightly so.

A multiple league and Champions League winner with Liverpool, City and Lyon, the right-back finished runner-up in the 2019 Ballon d’Or, second only to legendary American Megan Rapinoe, and this summer has moved to Barcelona to link up with the club that is quickly emerging as the frontrunner in women’s football.

How could the tournament play out for England?

Naturally, there are many different outcomes to how England could progress through the tournament, so we’ve looked at the most likely route to Wembley, based on Betfair’s odds.

England are favourites to top Group A ahead of Norway, with Austria and Northern Ireland making an early exit.

Things get much more complicated, not to mention difficult, from then-on as, if everything goes as expected, the Three Lionesses will face eight-time champions Germany in the quarter-finals, which in turn could set up a semi-final clash against holders the Netherlands.

Should England make it to Wembley on the 31st July, they will most likely face favourites Spain who, like the host nation, are looking to win their major honour.

What are the main dangers that could stop football coming home?

England’s second group game against Norway will likely decide who tops Group A and which Group B opponent they will face in the quarterfinals.

That will most likely be Spain or Germany and beating either team will be a very tough task but avoiding tournament favourites Spain would be a major help.

In terms of problems within the camp itself, Houghton’s absence will be a huge blow and while Leah Williamson is a more than capable captain, it is a very big armband to fill.

Elsewhere, striker White is integral to this side, much in the same way that Harry Kane is to the men’s team, so if anything happens to her the back-up forwards will need to step up big time.

And finally, while Wiegman claims she already knows her starting XI for the Austria opener, it is unclear who will be her No.1 keeper: Mary Earps or Ellie Roebuck.