Everton star Anthony Gordon will reportedly favour a move to Chelsea over Tottenham or Newcastle and could be heading to Stamford Bridge before the transfer window slams shut next Thursday. The 21-year-old enjoyed a breakthrough campaign last time around and has been heavily linked with a mega-money move this summer.

Gordon came through the Toffees academy and made his debut as a 16-year-old in a Europa League clash against Apollon Limassol in 2017. He spent time on loan at Preston in the Championship two seasons ago before returning to Goodison Park and showing exactly what he had to offer.

Last season, the winger was a shining light in an otherwise abysmal campaign as Everton only narrowly avoided relegation to the Championship. The ace made 25 Premier League starts, bagging four goals and two assists as the Toffees finished 16th.

This time around, Gordon was asked to lead the frontline for his side’s first two matches of the season against Chelsea and Aston Villa in the absence of Dominic Calvert-Lewin, before reverting to the wing for the 1-1 draw with Nottingham Forest as his side picked up their first point of the season. But Everton look off the pace once again and a move could now be days away. 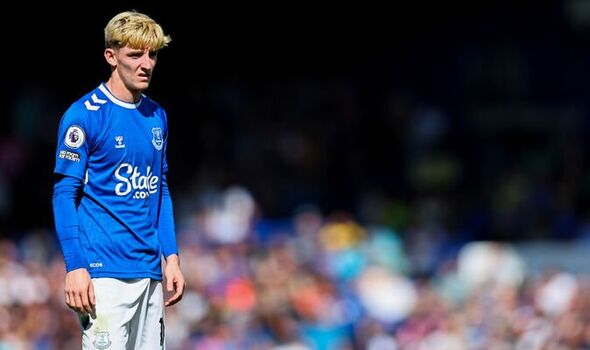 According to The Telegraph, Gordon is understood to be keen on a move to Chelsea as he believes a switch to a team playing in the Champions League would facilitate his chances of securing a place in England’s World Cup squad ahead of this winter’s tournament in Qatar.

There is currently no agreement between Everton and Chelsea – but talks are set to continue this week when the west Londoners’ owner Todd Boehly returns to the country. On Tuesday, it was revealed that Chelsea were now willing to pay £60million to get their hands on the England under-21s international after seeing an initial offer of £45m rejected earlier this month. But they could still face competition for his signature. 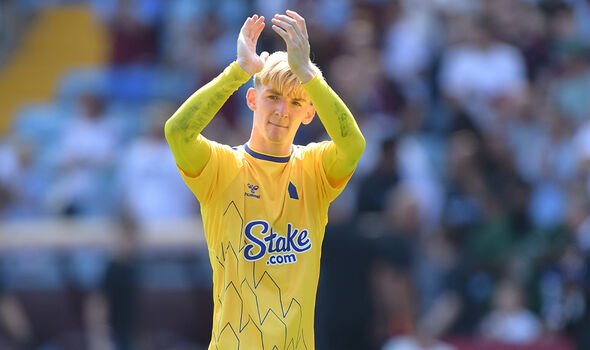 Tottenham have reportedly been working behind-the-scenes to hijack the deal as Antonio Conte looks to build a team that can compete for honours in the Premier League and Champions League. And the Italian could just persuade the youngster that a move to north London could actually work in his favour.

Newcastle, meanwhile, are also believed to be in the frame to land the ace as they look to transform themselves into a Premier League powerhouse after being taken over by a mega-rich Saudi-led consortium last autumn.