Frank Lampard delivered a series of home truths after Everton’s collapse against Southampton and has warned his players there is no room for selfishness.

Everton’s manager knows his position remains in peril and the consequences of losing against basement rivals West Ham tomorrow could be grave; Lampard, who has been in regular discussions with owner Farhad Moshiri, has overseen a run of 10 defeats in 13 games and must find a response.

It was significant, then, to listen to his assessment about what happened in the aftermath of last Saturday’s calamitous 2-1 reverse. Lampard insisted he did not revert to using ‘a hairdryer’ in the dressing room but it was clear he had left them in no doubt of his feelings. 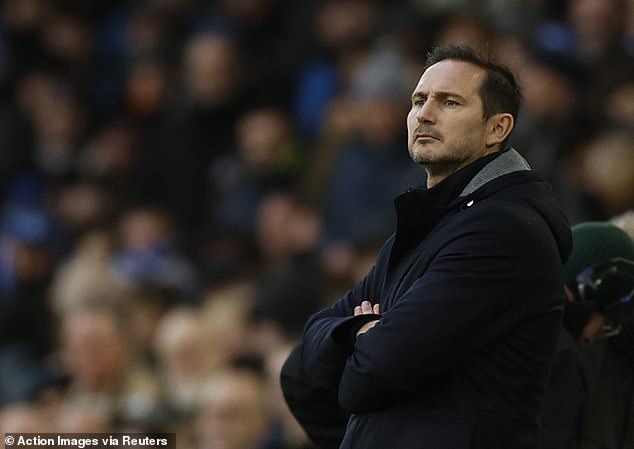 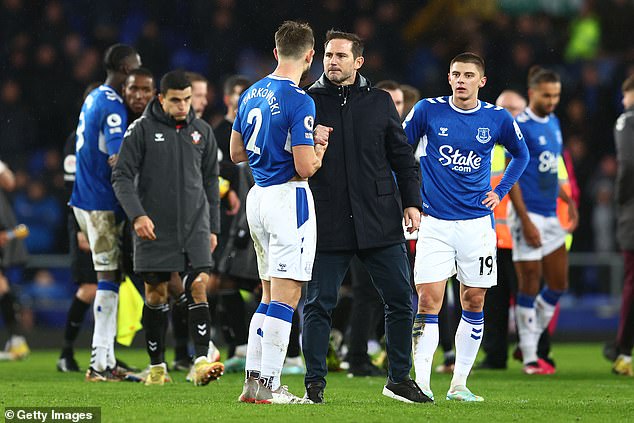 He insisted that Everton must face the ‘reality’ of a relegation fight, sitting 19th in the league

This has been a week in which the relationship between Everton’s board and their fan base has fractured beyond repair and Lampard knows that if there is any dislocation amongst his squad, the club’s chances of beating relegation will be severely undermined.

‘The players don’t want to be in this position,’ said Lampard. ‘The reality is we are here and there are lots of reasons for that. So they should have human reactions after games. I had things to say because from my point of view in the position we are in, we have to fight and be ready for the fight.

‘If the players in the dressing room are disappointed we lost then that’s good. If they want to fight and be a good teammate, not think about themselves, think about the team and try to get the result the next week and train great intensity, whether they are starting or not, that is all I want.’ 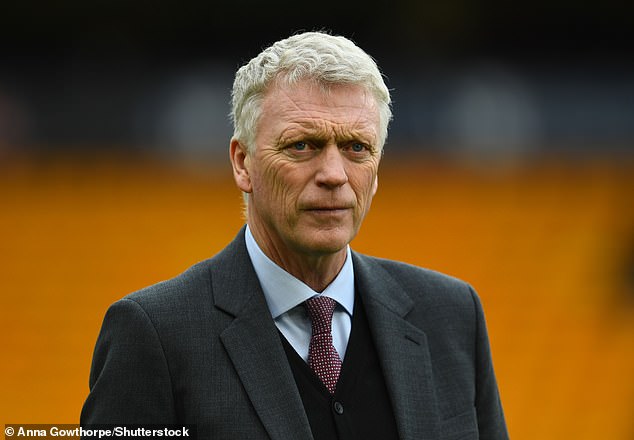 There have long been questions about the make-up of Everton’s dressing room, which predates Lampard’s arrival at the club a year ago. When asked if he was concerned about whether some individuals have become selfish, he explained things had to be addressed.

‘I’m not going to go there,’ said Lampard. ‘I do know in difficult times that it’s easy for a person or a player to find another reason for why the result hasn’t gone our way and those things. I’ve seen it in dressing rooms in bad form.

‘The idea of the hairdryer is one that you get out very seldom in the modern day with players. You have to give them words about what will happen right now. It was more like that. I wouldn’t say I was angry. There were just things that needed to be said.’