‘Everyone in football is taking advantage of Everton. Agents, players, maybe even managers doing what they want in the transfer market… that’s the reason why they find themselves in the position that they are in.’

Jamie Carragher didn’t hold back with his damning verdict of the state of play at Everton and few supporters could disagree with him, even with his cross-city allegiances.

It seemed only fitting in such a dismal season that Anfield was the venue awaiting Everton, after Burnley’s win against Wolves plunged the Toffees into the relegation zone last Sunday afternoon. In years gone by Everton would have been crossing the city with the intention of quashing the Reds’ quadruple dreams but their own problems are far greater, especially after the Clarets came from behind to beat Watford yesterday.

It’s no disgrace to lose to this Liverpool side and Everton at least produced the type of fight and spirit that has been so sorely missed throughout the majority of this season, but the gap has never been greater between the red and blue half of the city. 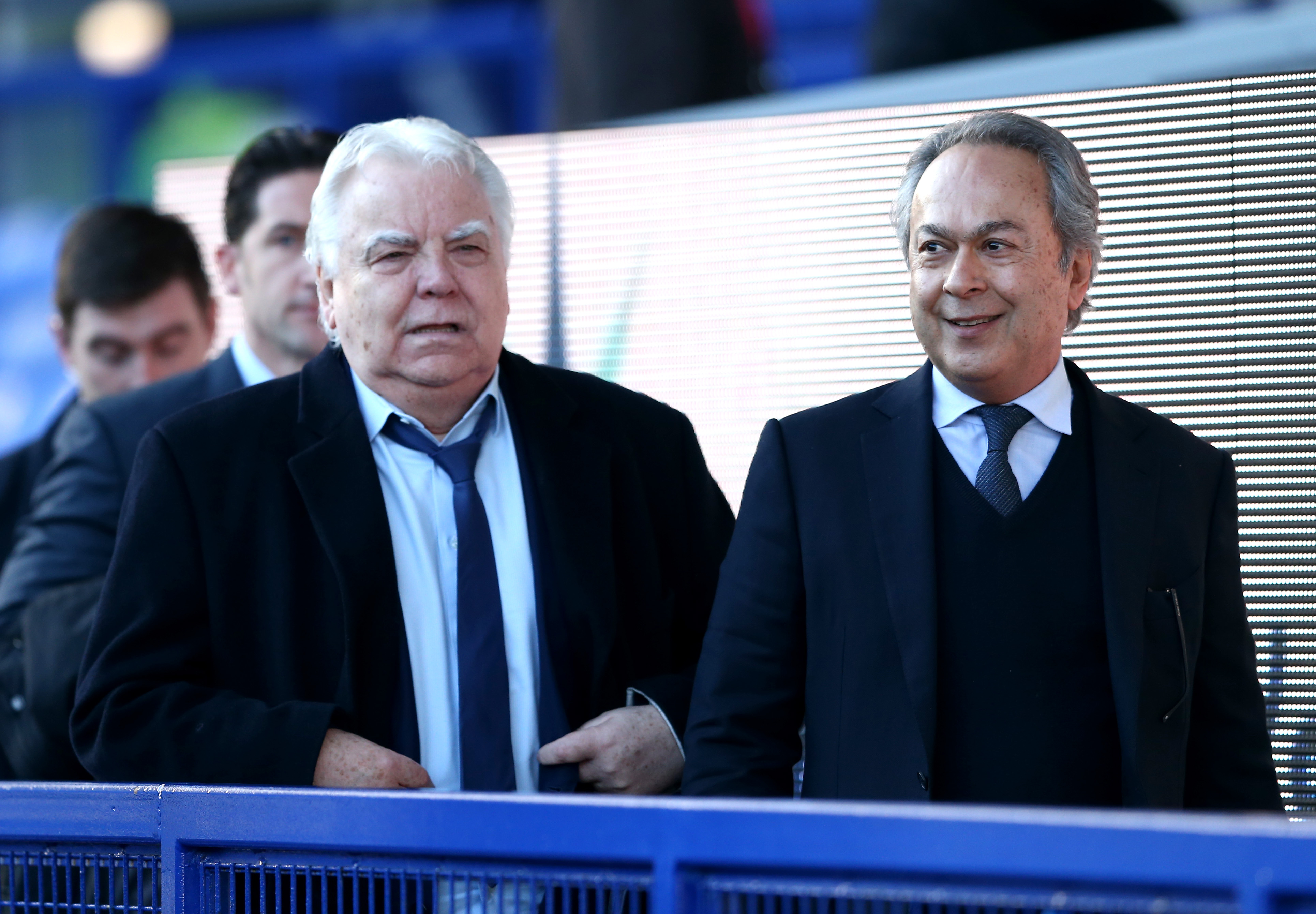 It wasn’t meant to be this way. Farhad Moshiri’s takeover in 2016 was supposed to signal the end of an era where Everton regularly punched above their weight and into one where the club could genuinely compete with the riches elsewhere. The Iranian arrived with bold ideas and the promise to complete a move away from Goodison Park to a new stadium.

Bill Kenwright had been relentlessly criticised for not selling the club in the years before the takeover but there was at least a sense that the wait had been worth it, considering Moshiri’s £2.8bn wealth. Over £500m has been squandered in the transfer market in the last six years, which has seen the club plummet to depths that they could scarcely imagine. During Moshiri’s first full summer in control, Everton spent more than £75m on the likes of Morgan Schneiderlin, Yannick Bolasie and Ashley Williams. The signings haven’t improved in years to come, with more wasted on the likes of Gylfi Sigurdsson, Davy Klaassen and Cenk Tosun.

The rate of spending was already a risk before the pandemic hit but gate receipts are dramatically down for the last two years, helping Everton to lose £255m over the last three seasons. Under the Premier League’s profit and sustainability regulations, a club cannot record more than a combined loss of £105m. The Toffees must now convince the relevant bodies that their losses were due to unprecedented circumstances, or they could become the first Premier League side to be sanctioned for a breach of Financial Fair Play.

Moshiri has also shown his naivety with a string of bad appointments,. The Iranian has bounced between different managers, switching from Roberto Martinez to Ronald Koeman, from Sam Allardyce to Marco Silva, from Carlo Ancelotti to Rafa Benitez and now finally to Frank Lampard.

That lack of coherence has resulted in a muddled, disjointed playing squad that lacks the fundamentals expected of any Everton side; spirit, fight, intensity and integrity.

Lampard was appointed despite the club making Vitor Pereira their first choice to replace Benitez in January. The Portuguese coach had twice come under consideration from Moshiri in the past; first in 2013 to replace Martinez and again five years later when Silva was sacked. He has managed in six different countries and impressed the Everton board during the first two rounds of interviews, only for fans to protest his appointment once it became apparent that he was their first choice.

That the club then turned to Lampard speaks volumes for the lack of direction and coherence at board level. Instead of sticking to their plan, the board bowed to supporter pressure and they were bounced into an appointment that they hadn’t planned. In truth, much of the damage had already been done before Lampard arrived but he is just the latest misguided choice that was parachuted into a situation that he had no experience of and a lack of appreciation for.